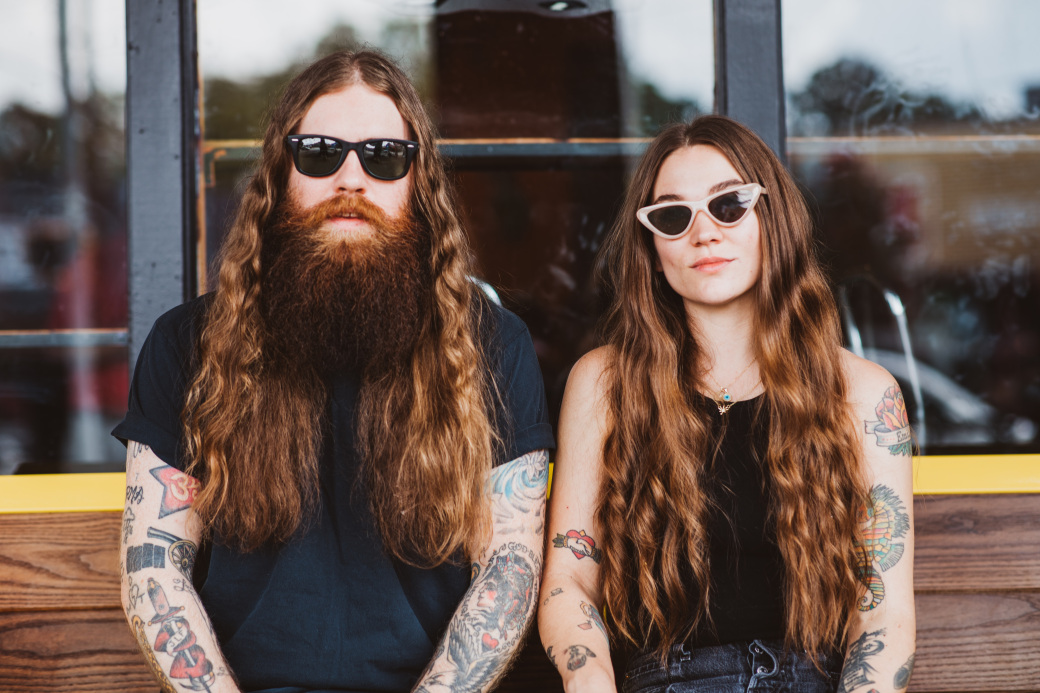 Since 2008, Bryce Franich and a select crew have operated Colonel Records, releasing albums from good-time rock ’n’ roll bands all over the country and spurring the careers of groups like King Tuff and Atlanta’s All Night Drug Prowling Wolves. On Friday, Sept. 7, the label celebrates its 10th anniversary with a show at the Earl.

Why did you start Colonel Records?
I moved back to Brooklyn after living in LA and working as an office manager for this label called Hydra Head. Hydra Head was a great label to work for because they taught me art and the business side of things.

As Hydra Head started getting bigger, we started releasing weirder shit like Merzbow — harsh noise stuff. I was listening to a lot of ’60s country stuff — Flying Burrito Brothers, Byrds-type stuff, so I felt like, “I dig what you guys are doing art-wise, but musically I’m on a different path.”

So I quit and moved back. I met up with Joseph Plunket who had been there for a few years plugging away with the Weight. I saw them in the park and it blew my mind. It was everything that I wanted in that ’60s country-rock sound. Joseph’s ability to turn a phrase was unbelievable.

I talked to them later and Joseph asked, “Do you want to manage us? We have this new record, we’re trying to sell it.” He gave it to me and I listened to it and I loved it. And I pushed it.

I had a lot of contacts, but no one seemed interested. It just didn’t match what was going on at the time. All the feedback I got was, “It’s too country for rock ’n’ roll. It’s too rock ’n’ roll for country,” so I told Joseph I would put it out. Joseph, Wes Duvall, and I started Colonel Records to do that. The Weight Are Men was our first release and right after that we released King Tuff.

What did you want to do with the label?
When we started we spent some time talking about labels that had a look that we wanted to use as a model, labels like Dischord or Touch and Go, labels that you just know by the logo it’s going to be quality, but you don’t necessarily know what it’s going to sound like. Wes did that and created a look for the label that elevated us.

We wanted to escape the pitfall of doing just one genre. Guitar was the only stipulation that we had. So we’ve gone from on the one hand the Goddamn Rattlesnake, which is just brutal bluegrass recorded by one microphone in the middle of the room, to Tournament — noisy, dark punk. I’m glad that we can look at what we’ve done and it’s not a simple line, we bounce around.

That poses a difficulty, though. If everything we did sounded the same, odds are we would be able to sell things a lot easier. I don’t know how to sell a record that’s got fiddle on it to a dude with a butt-patch. You have to work different markets, and it’s weird. I wouldn’t change that. If I could go back, knowing that if I just make every release sound like the Wipers we’ll sell out, it’s not as fun for me.

How has your approach changed over the years?
My tastes change with the weather. I’ll be super into a sound and then everyone gets into and I’m like, “Well, this is played out. I’ve got to find the next thing.” But the root of what we’re trying to do has always been rock ’n’ roll — guitar music. One of the things we like doing as a label is throwing big parties, so having bands that would make people happy when they play facilitated the whole thing. All Night Drug Prowling Wolves: party band. The Weight: party band. King Tuff: party band.

I will say that we have moved into some of the darker sounds. We were always heavily influenced by what was happening in Atlanta… I always wanted more punk and hardcore crossover, but it was a tough sell to Joseph and Wes. But they’re just picky people in general.

You moved to Atlanta several years ago. How did that affect Colonel?
I was expecting to move and be a punk label in a punk town and be surrounded by art and the community. There is an aspect of that, but what I’ve noticed is that it’s much younger now. It’s much younger than our peer group, so I don’t really know how to approach any of this awesome punk. I feel like a weird old man going up to some 18 year old who just killed it onstage and saying, “Hey, I’m Bryce from Colonel Records. Let’s Talk.” Everything I’ve done before has been through friends or mutual acquaintances. I’ve never cold-called, and down here I am definitely doing more of that. It’s good but it makes me uncomfortable.

Your wife Jen is part of the Colonel team, too, right?
Yeah! She moved up to New York with me in 2010, and Joseph had just moved away and stopped doing the label. We weren’t sure if Colonel could continue, and it took a lot of help from Jen to keep the label going. She had ideas on how to expand and avoid pigeonholing ourselves.
Having her touch with the label helped open other people’s eyes to what we were doing. She grew up in punk, but she had a different viewpoint, so we’d bounce ideas off her and she would come up with shit that I would never think of.

We got married in 2012 and she’s a major part of everything we do. She handles the online stuff and the web store. When I’m like, “Why won’t this picture load?!” screaming and trying to throw the computer, she’s types a bit and is like, “Okay, it’s all set.” I get so frustrated and she’s a wiz with all that shit.

It’s now the two of us 100%. She has to be stoked for us to do something. The first thing that was 100% her call was the Sick Bags 7-inch, and of course we put it out and sold out immediately. She has great taste and I’m lucky to have her involved.