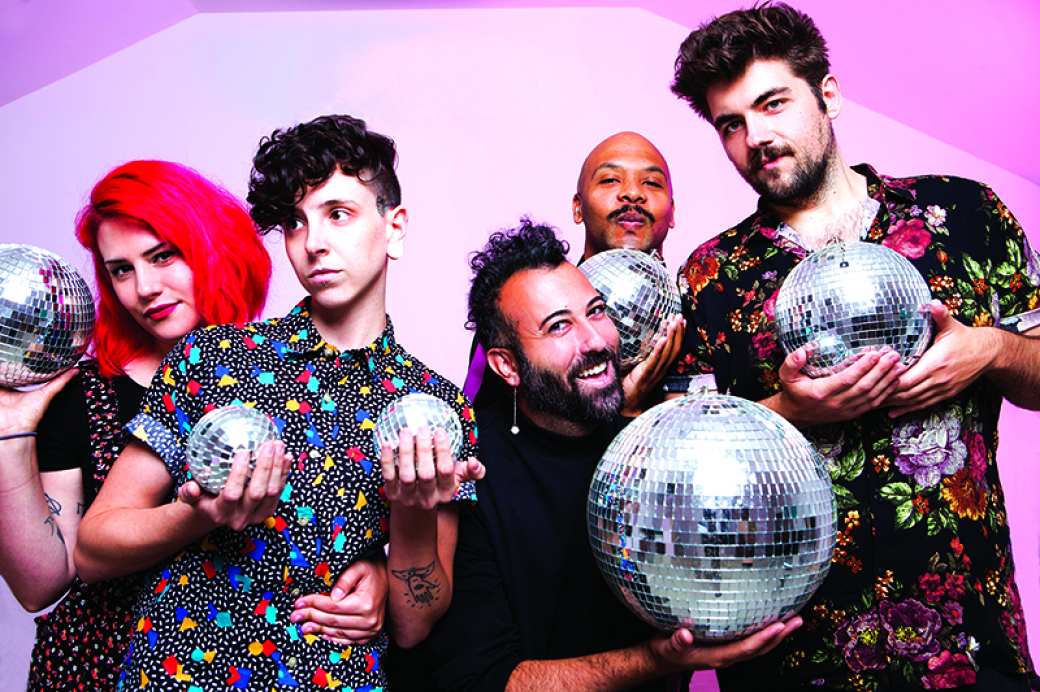 We created WUSSY as a means to allow writers and photographers the ability to communicate and express freely and without censorship. WUSSY started from nothing, nothing more than nerding out about what could be, creating our own avenue to put forth undermined and underappreciated artists, folx busting ass in multiple jobs while carving out time for creative expression. Same for those behind the scenes. From the early days covering the southeast to our more international scope, the project has been a dream come true — and years of hard work. ATL remains at the heartbeat of WUSSY.

Mainstream culture has grown slightly more progressive overtime, even though the agenda of the Republican party would suggest otherwise. Locally, we see this through the gradual claiming of space by women, POC, and queers in music, art, comedy and other scenes, yet vast is the work still to be done. The spaces in which queers feel comfortable are limited (including, much to our disappointment, venues WUSSY has attempted to partner with in the past). Affordable event spaces remain an issue in a city fractured by gentrification; safe spaces even fewer and farther between. DIY spaces shift to host performance art, radical drag and dance parties, but economic “growth” in Atlanta and the subsequent rising costs that go with it affect many populations on a level where making any art at all becomes a battle of energy and ability. When queers manage to make it happen, many platforms don’t pay attention. Atlanta has a long way to go regarding the recognition of queer art as a pillar in underground culture and not just the trend of the moment.

Against industry odds, we’ve found there is a strong need not just to include, but amp up the cuteness, fun, sass and bit of the crassness most publications steer clear of. Queer femininity is all too often subdued in favor of patriarchal marketability and standards of what is “refined” or “stylish” (“Queer Eye for the Straight Guy” is not a good glimpse into representation by any means). Gay white men of a certain age have a stranglehold on media and entertainment, glossing over real queer visibility, a problem that exists in many cities’ local lesbian, gay and bisexual friendly businesses — none are very trans or queer at all, regardless of claims. The regimented elements required to be taken seriously by the gay community are similar to the same standards made by white straight cis men who have reigned over musical, visual and other artistic arenas for ages.

Don’t Call Me Gay, Thank You

When people ask what WUSSY is about, we answer “queer arts and culture.” It’s not uncommon that we are asked the difference between queer and gay. Back in the day queer was a catch-all for anyone and everyone that was not exactly straight, reclaimed in various times of resistance and liberation. There is a difference, though it may not be as easily identified through appearances and assumptions. Both communities are varied — non-binary, lavender butch, hard femme, QTPOC, cis and trans — a whole slew of words easy to Google, yet surprisingly still go over the heads of even the homonormative gays who demand we educate them. Yes, even some gays don’t understand queerness. We know a wealth of information is at everyone’s Internet fingertips, so WUSSY is more interested in making room for queer expression rather than serving as a hand-holding guide to queer.

Queerness is highly individualist and therein lies the issue: We can’t so easily be defined. Yet the yearning to create and even succeed within one’s own scope of being understood, and not fetishized, plagues the community. It is a laborious act of love to take it upon oneself to organize, document, express and create our own platforms in our own ways. As the world has slowly felt more comfortable exploring what gender is, breaking down the limitations of attraction, what attraction means if gender is not as cut and dried as it has been seen in past times, the landscape is changing for EVERYONE. Queers, no matter how difficult to define, are at the center of challenging systematic ideologies of how we relate to and view one another on a daily basis.

Queerness tends to contain elements of radical thought that makes even some gays and lesbians scratch their heads. With the common misconception that gay and queer are the same, the idea that these identifiers are more humanitarian or tolerant is also not always the case. Racist gays, trans-exclusionary lesbians, old queens with a never ending shit list of drama, homonormative twinks dissing androgynous punks, there is an entire guild singling out “gender trenders” in protection of the same binaries straight people have clung to. Hetero men get the bad rep for resenting youth’s alien dialogue and discussion of “problematic” language, appropriation and rampant use of trigger warnings. Owners of gay businesses are not exempt from the same oppressive gaslighting tactics either.


The queer community may seem full of talking heads, millennials with a modus operandi of “call outs” from the safety of their smartphones. Conflict with online strangers appears to be an act of “collecting” negative energy, inevitably posing a risk of victimization on a daily basis. Imagine having to stand up to the idea that one’s identity and sexuality struggles are real. We live in a world where people who are not us want to define who we are without experiencing us in the slightest bit. For people who uphold self-care, it seems counterproductive to engage in arguments on the regular. However, it is in pursuit of progress. Collaboration is not always unwise, especially if it involves ensuring human rights are maintained. With the upcoming election, never has allyship been more important. To make it sooner rather than later, it’s vital that, no matter your identity, if you want to understand anything about marginalized people around you, do your own research rather than ask for explanation. Empathy goes far when you are open and available, listening and supporting, rather than forcing emotional labor or assuming one’s experiences. Do not seek the definitions, pay attention to the experiences and the expressions. With love and light, we humans can make greater change together. No one should have to prove to another their feelings or experiences are real, especially when groups of people together are saying it. Only you can make the decision to stand up against oppression or not.