‘All Way Down’ captures feelings of ecstasy before the crash 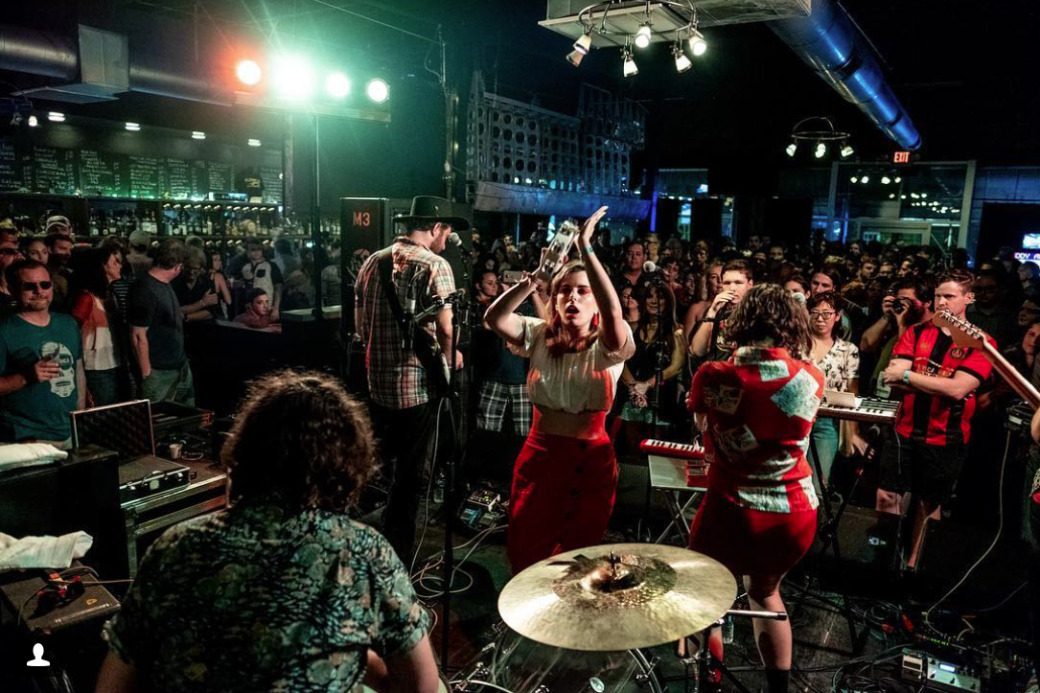 “All Way Down,” the latest video released from Flamingo Shadow’s debut album, Earth Music, makes use of marvelous tension cut from a realization that the world is about to explode. Any semblance of anxiety, however, is masquerading as glowing euphoria. Since the album arrived on August 20, a subtle narrative thread running throughout each song binds the album with Orwellian undertones hidden within the group’s topically-tinged post-punk anthems guided by singer Madeline Adams sweet voice. In a sense, “All Way Down,” is Earth Music’s thesis statement, a nearly six-minute blueprint that sets the stage for an album that is psychologically engaging, and physically compelling.

As Adams explains, the song is about an airplane plummeting to the earth, and experiencing feelings of pure ecstasy just before the crash. “Gripping the armrests while the metal rips off all around you, the wind in your hair, surrounded by nothing but blue sky and water,” Adams says. “Knowing that you're about to very literally be returned to the earth. Everyone that hears it seems to think it's about oral sex,” she adds. “And I mean ... It's not not about oral sex.”

Like all timeless and worthwhile music, the meaning in the lyrics lies in the ears of the beholder.

The video is directed by Jordan Noel (This World Alone), using footage he shot at various live Flamingo Shadow shows around Atlanta, with some additional shots by Dave Bonawits (Adult Swim’s “Bloodfeast” and “FishCenter”).

A vinyl release for Earth Music is coming down. The group is taking a break from playing any live shows for the remainder of the year, while switching to writing mode, and working on new songs. In the meantime, press play on “All Way Down” and cop that Earth Music cassette via Irrelevant Music.