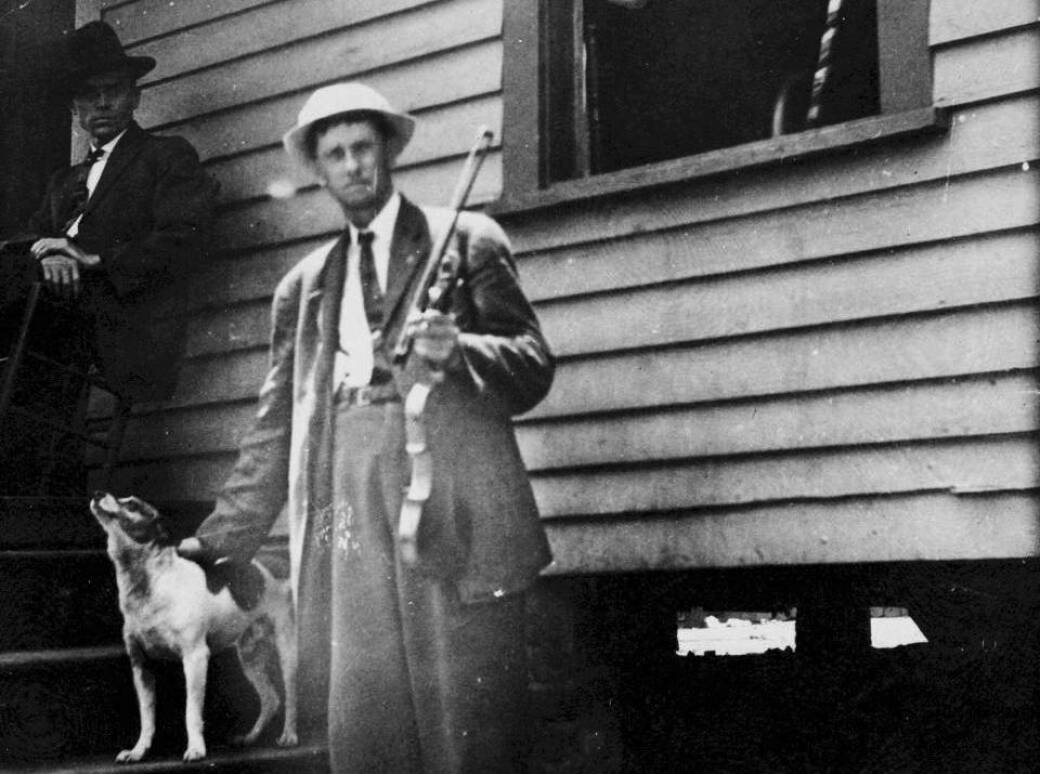 Country music’s first hit record was made in an unassuming office building in Downtown Atlanta, but proposed construction for a new Jimmy Buffett's Margaritaville location could erase this bit of history forever.

The building, located at 152 Nassau St., currently houses a law firm but was once the location of a temporary recording studio set up by New York-based Okeh Records executive Ralph Peer. Plans for the development of a Downtown home for the Margaritaville restaurant chain, which boasts more than 30 outposts in the U.S. and abroad, were unveiled summer 2016. In response, Atlanta planning commissioner Tim Keane announced in May 2017 that the building and another structure on Walton were being nominated for historic designation to protect them from the threat of demolition by the proposed Margaritaville construction. The developer’s attorney contested the nomination which put it on hold. A demolition permit application was recently filed with the City of Atlanta associated with the construction of a Margaritaville restaurant and hotel.

An online petition is circulating, asking developers to find a way for the Margaritaville construction project to work around the existing buildings.

The Nassau Street building’s facade doesn’t appear to hold any musical significance, but a history of the city’s growing pains resonate within its brick walls. It still stands despite myriad changes in commercialization the early film industry endured from the 1910s through the 1950s.

After a deadly 1915 fire at a film exchange on Luckie Street, city officials enacted new fire laws on film storage. This augured the construction of several new buildings, including a fireproof film exchange that went up at 141 Walton Street in 1920 for Realart Picture Corporation, a short-lived brand associated with Paramount Pictures. It was later occupied by a series of film exchanges into the 1950s, notably featuring black casts and marketed to black audiences. Also in 1920, a fire extinguisher company moved its Atlanta branch into a new building at 152 Nassau, later relocating to Spring Street, leaving the building empty until Graphic Films Corporation moved there in 1924.

The music industry began seeing its own regulation and commercial qualms when the federal government banned private radio stations during World War I. Among the first commercial radio stations to appear after the war was WSB in March 1922. To fill airtime, WSB brought in local musical talent such as Cabbagetown resident and champion fiddler John Carson.

What makes these Nassau Street recording sessions noteworthy, aside from their attribution to the music scene of the 1920s rising in the Deep South, is that Fiddlin’ John Carson’s tunes “The Little Old Log Cabin in the Lane” and “The Old Hen Cackled and the Rooster’s Going to Crow,” were cut into wax. Although Peer wasn’t impressed with the recordings, Brockman knew they would sell and purchased 500 copies. He quickly sold out of those records and ordered thousands more, proving that there was a market for what would later become known as country music. Okeh Records and other companies soon capitalized on the success of those recording sessions by making regular trips to Atlanta to record Southern musicians; some companies even set up local offices, bringing a surge of business into the city.

Lance Ledbetter, founder of the Grammy-winning Dust-to-Digital archival record label, sees parallels between Atlanta’s early music scene, particularly today with Georgia’s recent decision to incentivize music production in the state similar to film production. “We’re seeing a huge transformation in our city,” Ledbetter says. “As we’re pushing to improve our future, we can take a moment to look back in time. We’re looking forward to what we can produce, but let’s not forget the importance in what was birthed in a building in Downtown Atlanta.”

EDITOR’S NOTE: This story was originally published by CL on June 1, 2017.