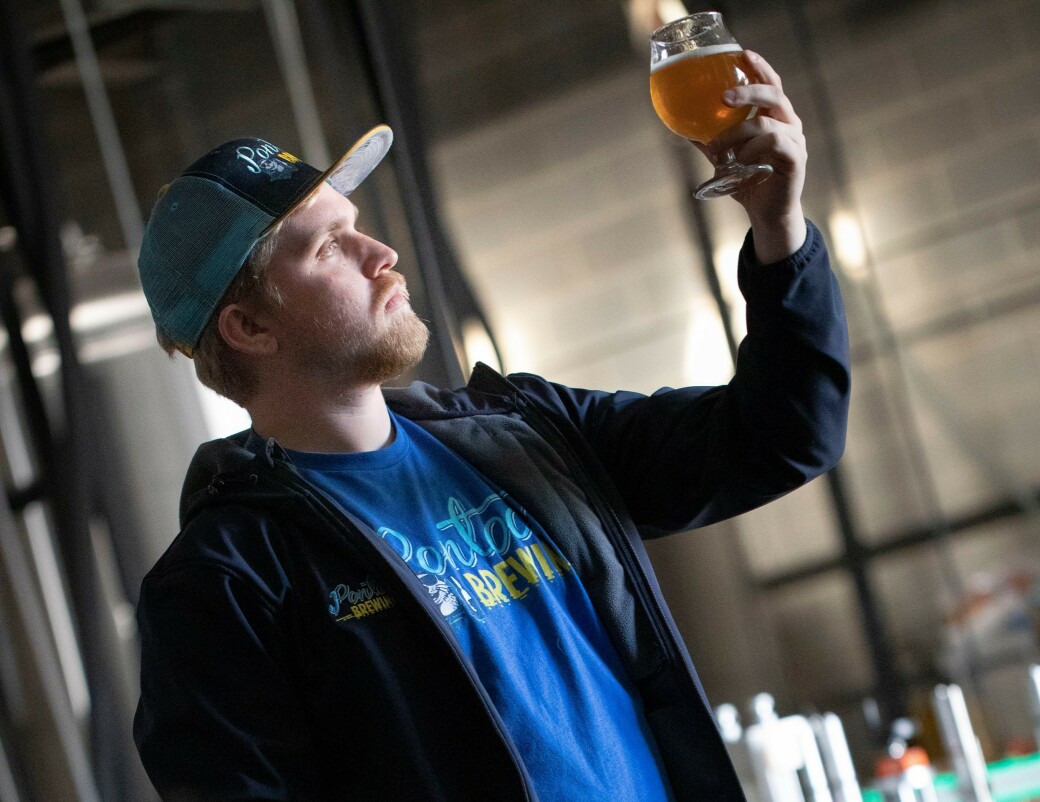 It’s only been one year since Pontoon Brewing Company opened its doors in Sandy Springs, but already the brewery has become one of the most recognizable and respected names  in the metro Atlanta area. Stationed between booming craft beer hubs in Atlanta and Roswell, Pontoon made a name for itself pushing bold beer styles and flavors that could not be ignored. To the brewery’s co-founder, Sean O’Keefe, craft beer is about experimentation and community

Sharing the waters with an increasingly crowded beer industry has only benefited Pontoon, as O’Keefe and company’s approachable nature and eager attitude garnered mutually beneficial collaboration with high-profile breweries like Atlanta’s Scofflaw Brewing Co. (Goats on Boats Sour IPA), Roswell’s Gate City Brewing Company, and Variant Brewing Company (Wolf Pack Imperial Milk Stout). “There are so many great breweries operating in Georgia,” O’Keefe says. “It’s difficult to stand out just by having great beer, but that keeps us on our feet. The minute you get lazy and slow down, that’s when your quality suffers — and then you’re done.”

Indeed, some odd brews have emerged from Sandy Springs since Pontoon set up shop. Snozzberries Taste Like Snozzberries, a tart, smoothielike Berliner Weisse with blackberry and black currants, met with polarizing reviews when released in May 2018. Many loved the beer’s bold and fruity Willy Wonka candy profile, while others were put off by its unusual flavors and thickness. Traditionalists might enjoy Pontoon’s Hazy River India Pale Lager, a humble and underrated style among experimental craft beer circles.

O’Keefe wants beer drinkers of all types to find something they like at Pontoon, and hopes that they’ll push their own boundaries and try something new. “It’s music to my ears when someone tells me they don’t usually like a particular style, but they enjoyed our version,” he says. “It means we’re doing what we got into this business to do, and I always try to participate in discussions that lead us to creative new ideas. We don’t want to be the edgy or hip brewery — Pontoon should be a place where everyone feels comfortable and included.”

The Pontoon taproom has a laid-back atmosphere with a stooled draft bar, plenty of table seating, and local art covering the interior walls. Thomas Turner’s iconic and trippy “Dawn Moon” mural depicting a family of otters hatching from eggs atop an enormous turtle is a true sight to behold, and every beer on tap is at least worth a taste.

The weekend of January 18-20, Pontoon is celebrating its birthday with a massive party at it’s headquarters, 8601 Dunwoody Place, Sandy Springs. Some of the brewery’s most popular beers will be on tap from 3-11 p.m. on “Flashback Friday,” including The Floor is Lava strawberry milkshake IPA, Moscow Mule Flotation Device Berliner Weisse, and many more. That day is free admission, but you’ll need a ticket ($20-$60) for Saturday and Sunday (noon-midnight and noon-8 p.m.), which will be full-on parties with live music, food trucks, and exclusive beer tastings. Sunday will be a little more family-friendly, with face painting and an appearance from Noah, an otter from Zoo to You.

Pontoon’s first anniversary beer is Dawn Moon, a funky cherry-flavored mixed-culture Flanders Red Belgian Sour that O’Keefe says will be an ongoing pet project of the brewery for years to come. “Because of our fans and friends in the industry, we’ve grown more than I ever thought we would,” he says. “We still have a million things we want to work on improving, but we can’t wait for 2019.”

Get tickets for the anniversary party here.