HIGH FREQUENCIES: Activism and the arts at the Bakery 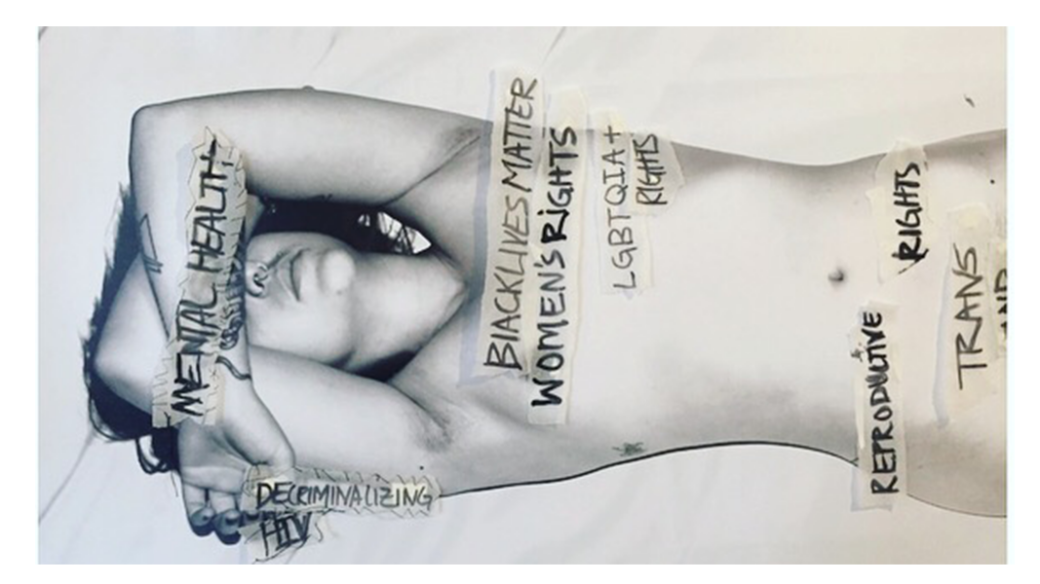 Activism and the arts. Are the two ever really separate? Whether reflecting what is, what could be, or what should be, isn’t art, at its best, a means of communication? A way to arouse emotions and to galvanize viewers to action? Yes, art is a means of escape, but also a contemplation of our current reality.

This Sunday, January 13, We Are March On Georgia, Art + Activism – Women’s Caucus For Art of Georgia, and The Bakery Atlanta will be hosting “The Art of Protest Workshop” at the arts and entertainment venue, 825 Warner Street, to not only discuss art and its role in activism, but for participants to create their own advocacy artwork to be used in the March On to 2020! women’s march in Atlanta on the BeltLine, January 19, and in the 2019 Martin Luther King Jr. Day parade, taking place this year on January 21.

On The Bakery Atlanta’s Facebook page, the workshop, which runs from 2 p.m. to 4 p.m., is described as including “a breakdown of what Protest Art means and how to conceptualize it.” At a time in these United States, when protests — and protest art — are needed now perhaps more than at any other time in our nation’s history, the afternoon session promises to be an enlightening and invigorating discussion. Emily M. Getsay, the first queer person and the youngest to be elected as president of the Georgia chapter of the Women’s Caucus for Art, will partner with Gloria Moore, March On to 2020 and March on the Polls coordinator; Anne Rowles, co-founder of the Women’s Caucus for Art of Georgia (which is affiliated with the National Women’s Caucus for Art); WCAGA Vice President Chelsea Hoag; and Le’Dor Milteer, who will be singing at the March On to 2020; along with other members and constituents of the March and Atlanta resistance movements.

Creative Loafing: How long have you been involved with the Women’s Caucus for Art of Georgia?

Emily M. Getsay: I joined the Women’s Caucus for Art of Georgia in 2016. My first show as a member was “Artists Against Modern Day Slavery” at Mammal Gallery. It became an annual exhibition curated by our Art + Activism Committee. This year’s event will take place at the Shambhala Center in Decatur on Saturday, January 19 at 7 p.m. In 2017, I became the chair of our Art + Activism Committee and became the president of WCAGA in January 2018.

Does your interest in working with WCAGA stem from being an artist, or are you more focused on resistance movements?

As a conceptual artist, my work often portrays different elements of resistance and advocacy. My purpose as an artist is not only to mobilize other artists and marginalized voices through my art but also to create work that inspires other artists to do the same. The Caucus brought all of those elements together. As the president, I feel that I’m making the impact I’ve always wanted.

Do you see art as a means of drawing people into resistance and protest movements who might otherwise not give such movements a second thought?

Will the workshop focus on art in broader terms? Or is this more about the art of the protest sign in a march or demonstration situation and how to best get your message across?

The workshop will explore examples of my earlier work as an artist and the progression of my work in order to ignite a movement. It will also express the different elements for which attendees can fight as artists while protesting outside of physically participating in rallies and marches.

For example, my piece “Why Aren’t you Fighting?” [the workshop background image] explores my own space within protesting. We all have a part in the movements because we are all human. If one group is suffering, we are all suffering. Until we all have rights, none of us can stop fighting. This piece explores that space between finding your identity and fighting for others even if you as a person don’t specifically reflect those spaces that need fighting.

An “Art of Protest Exhibition,” in which the work of many of the participants of The Art of Protest workshop will be eligible, is also scheduled to take place, following the March to 2020 Rally on January 19 and the MLK Day parade on January 21. When and where will this exhibit be held?

The Exhibit will follow the March On to 2020 and take place on February 4 for one night only at The Bakery in southwest Atlanta. Those who participate in the “Art of Protest Workshop” will be granted a spot in the show. All artists are able to submit work as long as it is within the limitations. The show will be salon style and free to the public.

A portion of the proceeds from the exhibition will go to supporting the muralists covering up the Squishiepuss work throughout Atlanta. We will also be taking donations for these artists at the door.

Smoking allowed dept. ... The Earl continues to celebrate its twentieth anniversary this weekend. Rightly so. It’s no easy feat for a club booking rock ’n’ roll bands to stay open for any length of time, much less for two decades. When the restaurant/lounge/performance venue first opened its doors at 488 Flat Shoals Avenue, it, along with the Echo Lounge, were pioneers of East Atlanta Village, then just becoming another viable Atlanta nightlife district, especially for those believing Little Five Points was becoming too commercial for their alternative tastes. First booking local and regional bands, owner John Searson started including national touring acts, with the demise of the Echo Lounge. The mix of such bands, along with the restaurant’s sizable and tasty menu, along with Sunday theme brunches, cemented the Earl’s popularity and draw. Of the hundreds of acts to perform on the backroom stage, it’s hard to name a favorite show, but the Batusis with Sylvain Sylvain and Cheetah Chrome will always remain a favorite. The party continues through the weekend, though I wouldn’t say the celebration is capped off until Wednesday, January 16, when Jon Spencer and the Hitmakers and Subsonics take the stage.

Not only for book readers dept. ... The line-up for the Amplify Decatur Music Festival 2019 has been announced. Taking the Decatur Square stage April 13 will be Mavis Staples, Jeff Tweedy (Wilco), Kevn Kinney (Drivin N Cryin), and the Bitteroots.