Anika: On the outside looking in 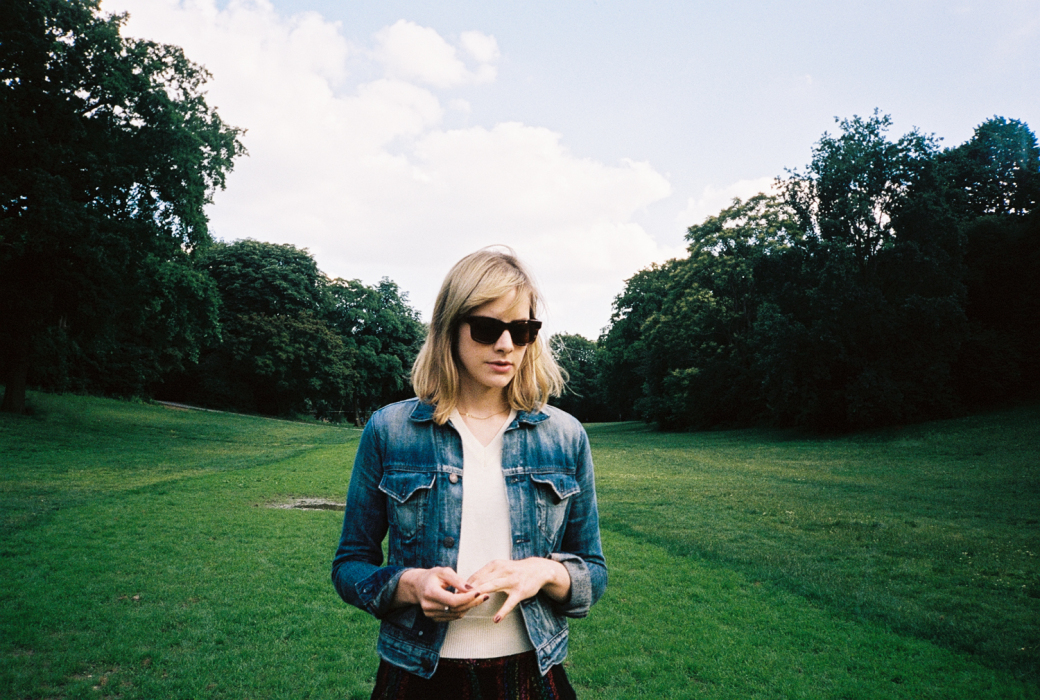 On the surface, journalism and songwriting seem like wholly unrelated vocations: A journalist works solely with direct language, while musicians steep their words in abstraction and metaphor. Both disciplines, however, demand a knack for storytelling, providing context, and revealing universal truths that ultimately empower their audiences.

After studying journalism at Cardiff University in Wales, Annika Henderson gained deeper insight into what sets these two modes of communication apart. Post college, the Berlin-based, British-born singer and songwriter better known as Anika gradually replaced writing on spec and working for news services with playing guitar and honing a body of lyrics she started writing when she was 14 years old.

“Journalism certainly influenced who I am, the music I make, and why I make music,” Henderson says. “The difference is, as a journalist, you’re on a quest looking outward. But as a musician, oftentimes, your quest is firing inward. It hurts in a whole different way if you’re dealing with political issues, or with topics that affect you emotionally.”

She goes on to say, “One of the things I studied most was ethics in documentary journalism, when you’re dealing with sensitive topics — the ethics of covering other people who may be vulnerable,” she adds. “As a musician, you are the meat on the platter, being butchered, so you have to check the ethics of what you’re doing to yourself. When the public starts firing at you, it can tip you over the edge. That’s why you hear a tragic story like Amy Winehouse; some musicians can’t handle it. You have fewer places to hide when you’re on the menu.”

Speaking via Skype from her home in Berlin, Henderson’s gentle British lilt eclipses the uncanny and Germanic tones of her singing.

In 2010, a musical collaboration with composer and Portishead instrumentalist Geoff Barrow yielded Anika’s self-titled debut LP in North America for hip-hop label Stones Throw Records. Through a series of ramshackle, from-the-hip covers including “The End of the World,” a song that was originally made famous by ’60s country/pop singer Skeeter Davis, Yoko Ono’s “Yang Yang,” and Bob Dylan’s “Masters of War,” Henderson’s spectral and expressionless alto billows with alluring detachment. Her treatment of each song culminates in a wholly new and timeless take. The subtleties of a song such as “Masters of War,” can be delivered in such a way that they apply to fit the circumstances of pretty much any war taking place at any time — from the Vietnam War to America’s ongoing war in Afghanistan.

Backed by Barrow and the members of his post-rock outfit BEAK>, the album Anika takes shape as a murky collision of girl-group pop resonance, slow-motion post-punk, and mangled dub beats — the aesthetics of trip hop and Phil Spector’s famous wall of sound pushed to the nth degree. The album’s renditions of haunting, lo-fi sounds, coupled with the grainy, black-and-white cover art, painted a picture of Anika as a machine-age counterpart to the Velvet Underground’s cohort, Nico. But through collaborations with British electronic music producer Shackleton, or more recently with Mexico City-based producers Hugo Quezada and Martin Thulin in the group Exploded View, she transcends simple comparisons to any haughty clichés, with a full embrace of improvisation in a modern context. With Exploded View, Anika pushes the group’s — and her own — boundaries to deeper, more sophisticated places, based on the strengths, nuances, and character of her voice.

In September, Exploded View released Obey, the group’s second full-length for the Brooklyn-based label Sacred Bones. Songs from the album, such as “Open Road” and “Come On Honey,” take shape as though they are the product of a more deliberate songwriting effort, but, as Henderson explains, she’s still pushing the tension, spontaneity, and improvisation that have guided her musical career from the beginning.

“The songs on Obey weren’t really thought through at all,” she says. “The band members live in Mexico, so I was only there for sporadic sessions. I thought, ‘OK, we have to write something now.’ Or we’d start playing, and I’d bring in some old diaries and read from them. With the first album,” she adds, “Martin and Thulin did all of the editing — they just cut stuff down. A lot of it was first takes, and it wasn’t until we listened back that I even knew what I was singing about, until I listened back and thought, ‘Oh, I need to get this to the psychiatrist!’”

Of the songs on Obey, it is “Letting Go of Childhood Dreams” that resonates with Henderson on the most profound level. “It’s not about letting go of childhood dreams,” she says. Rather, the song is an exorcism of sorts, a letting go of the societal markers that define success in life, such as marriage, having kids, owning a car, a home, and so on. “The song is about how these things can hold you back,” she says. “It’s about letting go of those goal posts, and being happy with yourself.”

For her current North American tour, which wraps up February 1 in Atlanta, Anika will take the stage alone, armed only with a guitar, a sampler, drum machine, effects pedals, and projections. “When you’re performing on your own you have a very different relationship with the audience, which can be quite scary ... for them,” she says. “It can become intense. I don’t think it will get too weird in Atlanta, but I’m still working it all out.”

Despite the eerie and melancholy atmosphere the music and her voice summon, Henderson is still driven to empower her listeners. “That’s one thing that will always be important to me,” she says. “Helping people realize that they have the key to their own happiness — like showing little escape routes out of things that get you down.”