The legacy of Prince casts a long shadow. A group of immensely talented musicians remains in his absence, charting new careers after devoting years to translating his creative whims into a visceral, funky reality. As the musical director of New Power Generation (NPG), keyboardist Morris Hayes is the longest-employed member of Prince’s backing band, spending nearly two decades on tour with one of the most demanding and notoriously perfectionist bandleaders of all time. Now, Hayes and pivotal NPG members are embarking on a Herculean quest — proving their worth without the iconic artist who made them famous.

“What’s frustrating about what we’re doing now is that we’re the same guys, but still the biggest void is Prince,” Hayes explains. “When people see us, they’re like ‘This is amazing!’ But beforehand, the biggest obstacle is for people to understand that we’re a great band without Prince.”

Hayes’ storied career alongside the pop deity started by chance. One night during their 1986 tour with Prince, the Revolution stopped by a Memphis club after the show to see a band in which Hayes happened to be playing. Impressed with their performance, the Revolution invited the band to record a demo in Minneapolis, after which Prince’s bassist Brownmark invited Hayes to play with his new band Mazarati.

While the band didn’t last, Hayes stayed in Minneapolis where he played with the Time, and his own band G Sharp and the Edge. Dumbstruck by Hayes’ ability to simultaneously manipulate samples and play keyboard lines, Prince invited him to perform with his then-girlfriend Carmen Electra before inviting him to be NPG’s musical director in 1992.

“Getting discovered was like the stuff you see in movies,” Hayes says. “Of all the places, of all the chances that something like that could happen, it’s crazy. It’s like when I watch Mission Impossible, and the one switch [Tom Cruise] hits saves the whole movie. That’s what it was like to have [the Revolution] come about.”

Hayes became essential in perfecting one of the trademarks of Prince’s distinct musical formula. Though he idolized the tight horn sections of James Brown and Sly and the Family Stone, Prince wanted to reimagine all of their intricacies with a few synthesizers.

“In the ’70s Prince loved the crazy horn sections of Tower of Power and Earth, Wind & Fire,” Hayes says. “But he wanted to have a smaller crew to emulate the horn parts, still keeping everything fat but minimalistic. After that, everybody started to rethink how their bands were structured — he put a lot of horn sections out of business.”

Prince also prided himself on his ability to perfect genres outside the bounds of traditional funk and pop molds. Immortalized most famously by his earthshaking guitar solo during the 2004 Rock and Roll Hall of Fame performance of “While My Guitar Gently Weeps,” Prince’s talent transcended genres, and he wanted the world to know.

Hayes recalls one instance in 1994 when Prince initially turned down the European MTV awards but decided to do the gig after hearing Steven Tyler complain that Prince was headlining even though Aerosmith’s record Get a Grip was topping the charts.

“In his impish way, Prince said that we were going to play rock and roll and teach them a lesson,” he says. “So after the show, Steven’s in there saying, ‘Hey, Prince, that was amazing, I don’t know who started this whole rumor about what we said.’ And Prince, with his shades on and a lollipop in his mouth, wouldn’t say a word. It felt so wrong to me, so I finally said, ‘Hey, Steven, thanks, man, I really appreciate it.’ Prince was so mad at me because he was loving him groveling like that.”

Prince’s immense pride in his showmanship often came at the expense of Hayes’ own sanity, when verbal tirades followed any mistakes made during shows that could stretch for hours over multiple encores. Hayes still remembers the nausea that washed over him whenever he saw Prince’s car in the garage, not knowing if the loving or dictatorial Prince would emerge.

Today, comfortably removed from the stress, Hayes better appreciates and understands Prince’s uncompromising expectations. When album sales dropped off in the late ’90s, the stage remained Prince’s eternal proving ground, the one arena where his raw talent eclipsed the corporate trappings of record labels and brought life to thousands of people.

“Before every show, whether it was 10 or 10,000 people, he said to always leave everything out there onstage,” Hayes says. “Prince could announce a show a week before, and it would sell out, at a stadium! Because of that, he didn’t care about selling records, and he wasn’t afraid of any of the record labels.”

Now, that reputation for live excellence leaves a massive pair of purple high-heeled boots for Hayes and NPG to fill. Every Prince fan has a different Prince song is embedded into each fan's DNA, which is especially daunting for NPG given his impossibly long discography. Even after playing 52 songs at the Prince Tribute concert, Hayes still encountered fans demanding to know why he hadn’t played their favorite. Since then, the band behind the exploratory funk of Prince’s prolific ’90s output, such as the supremely underrated 1995 LP The Gold Experience, have toured the world spreading the purple gospel with new lead singer MacKenzie.

However, if Hayes learned anything from Prince, it’s to trust your own judgment. But that doesn’t mean he’s stopped looking to his old friend for guidance.

“What made Prince so great is that he would go with the flow, sometimes he would just forget the set list and call it onstage. Sometimes it would give me a heart attack, but it would be great because Prince was a great leader,” he says. “Even now, that’s my litmus test for myself and for the band. ‘Would you do it if he were here? What would Prince do?’” 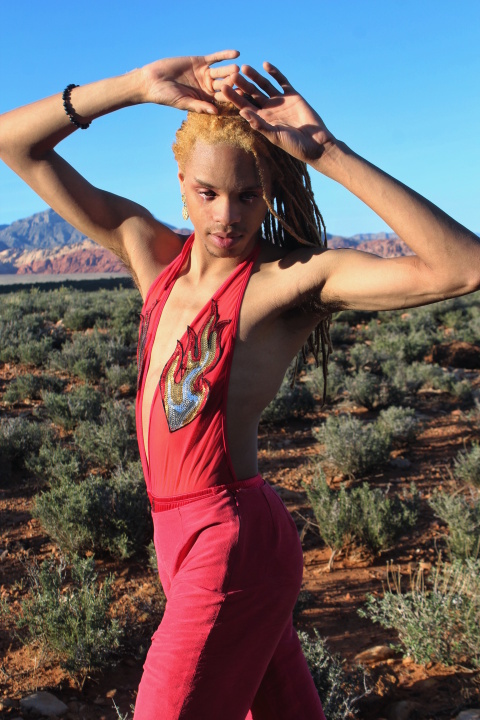