Down South Showdown MVPs on wax 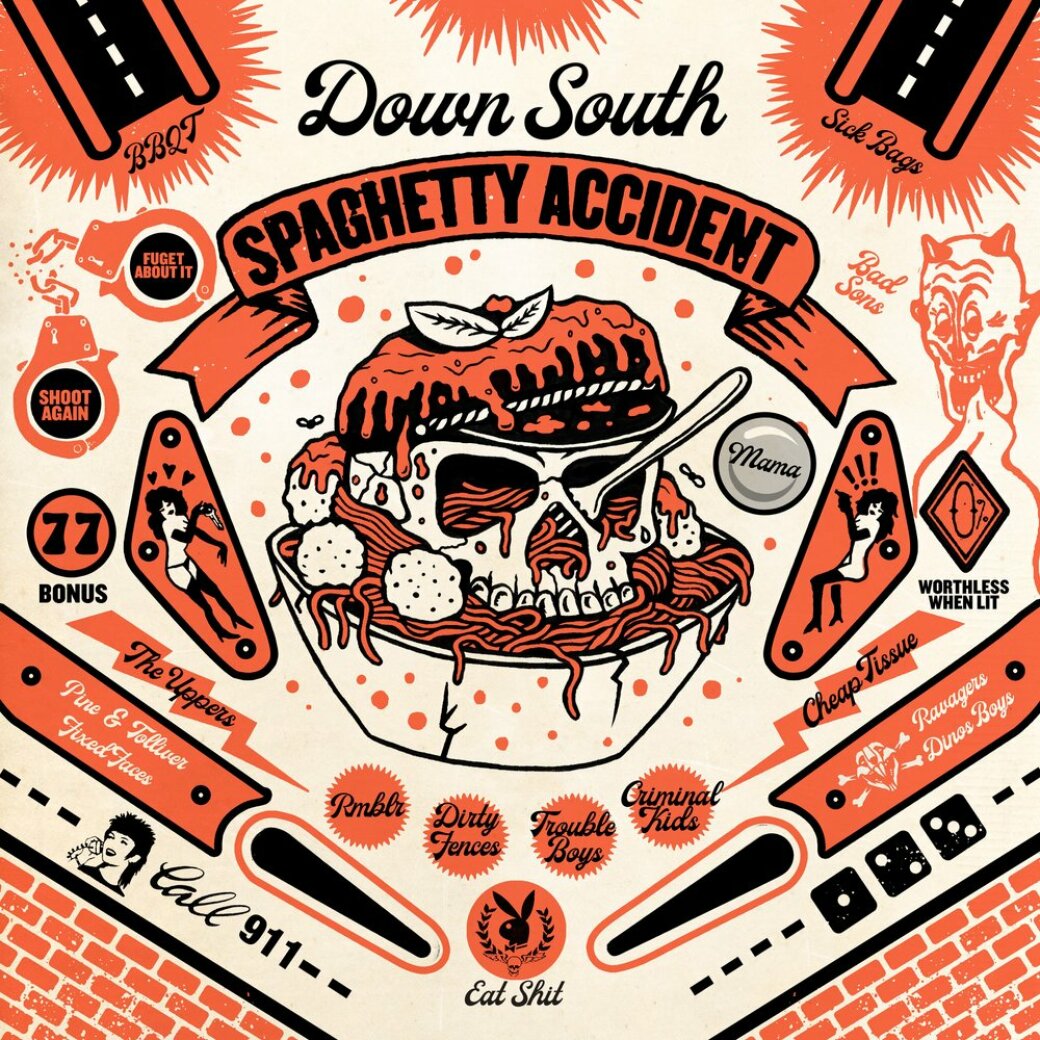 From January 17-20, Little Five Points and East Atlanta hosted 30 garage, punk, and rock ’n’ roll torchbearers from around the country for the Down South Showdown festival. The gathering also doubled as a release party for the Down South Spaghetty Accident, a compilation LP, released by Spaghetty Town Records, featuring 14 groups that played throughout the weekend. The collection boasts songs by RMBLR, Dirty Fences, MAMA, Dinos Boys, and more, providing a nuanced snapshot of this extended family of like-minded musicians. While punk and rock ’n’ roll’s halcyon days have come and gone again and again, a determined core of rockers carry on, unfazed by current trends, while turning out a disarmingly catchy batch of songs. For these dedicated souls, rock ’n’ roll is eternal. “The Call” by Fixed Faces is an angsty, portentous number reminiscent of the Adverts in its darkness. With its indelible rhythms and poignant lyrics, “Next Time” by Atlanta’s RMBLR is a stirring youth anthem, and Criminal Kids’ “Run From the Police” is a hit that AC/DC would be proud to call its own. As a document of the scene, it is by design that the comp lacks musical diversity. What’s important here are the rough edges and in-the-red energy with which each song unfolds. There is no Auto-Tune, no recording budget. Lyrics about drinking beer, breaking the law, and getting wild on Saturday night abound. Nobody is changing the course of music here, and these groups like it that way. Whatever you’re doing this weekend, here’s a solid playlist. ★★★☆☆