With 23 albums under his belt, the Atlanta rapper looks beyond nerdcore

File not found.
Photo credit: Sarah Loftus
MEET MYERZ: “Until you fix yourself, nothing is going to change.”
By Chad Radford Thursday March 14, 2019 01:12 PM EDT

Michael Myerz wrote his first song when he was only six years old. The now 27-year-old Jewish rapper is preparing for the arrival of his latest album, Packard Bell 96 — his 23rd full-length release. By the time this story hits newsstands he’ll have two more albums ready to go, titled Mazel Tov Cocktail and Myerz and Meatgrinder — the latter a fuzzed-out and bass-heavy collaboration with Tyler Jundt, Ben Presley, and John Restivo of Atlanta’s creepy cabaret punk outfit Material Girls. And there’s yet talk of another album on the way with Seattle-based electronic music producer Damocles, called Dumpster Pasta.

Myerz, born Michael Schwartz, is a conduit for a never-ending flow of musical ideas, and he recalls with exact detail the moment when it all began.

He remembers sitting in his parents’ basement in suburban Roswell, Georgia, a bright-eyed young boy playing “Donkey Kong Country 2.” He was so moved by the music he heard in the game’s “Bramble Blast” level that he composed his own lyrics to go along with the melody.

He recites the lyrics, fully aware of their irony.

“What that even means, me writing those words when I was six years-old ... I have no idea.”

But with so many releases filling up his Bandcamp page, scrolling though albums with titles such as 2014’s The Many Masks of Myerz, 2014’s Rawzwell, and his debut album, 2011’s Nightmare from the 90’s, feels like just that, a journey into his past. It’s also evidence of the evolution of Myerz’s deceptively sharp writing and delivery masquerading as absurd humor, matched only by the feelings of social outrage he keeps at bay.

Myerz fully embraces the nerdcore label with which he is often pegged. But nerdcore is only one aspect of the Myerz persona. Press play on Packard Bell 96, and it’s clear that he has come light years from the naivete of his childhood, and from the Poindexter aesthetics couched in nerd rap’s naive imagery. For more, look no further than Myerz and Meatgrinder’s video for the song “Cheeze,” a two-minute journey steeped in grotesque and hypersexualized imagery using cheese as a metaphor.

In the song “Movie Night” from Packard Bell 96 Myerz raps, “Some will go against the man, some accept the savior. God won’t remove the shit from your bad behavior.”

In many ways, that lyric is a thesis statement for the album, and for what drives much of his full-throttle musical output. “I wrote that song while watching one of those True Life shows, like, ‘I weigh 600 pounds,’” he says. “The lady was complaining to her doctor saying, ‘God’s going to get me through this.’ And the doctor says, ‘Yeah, but you are not practicing your diet. God isn’t going to excuse you from your bad behaviors.’ 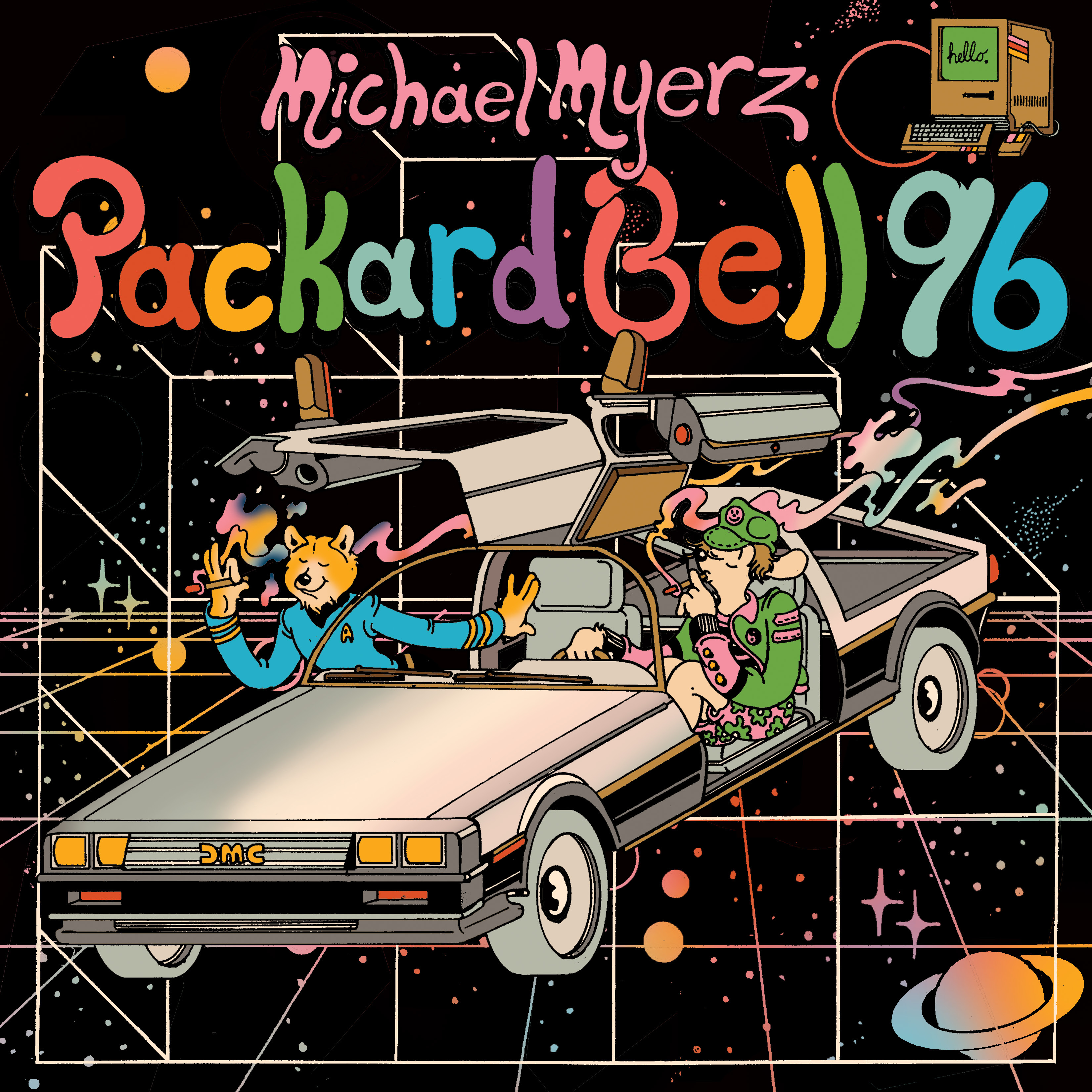 
“That’s how I feel about my generation, and the world in general,” Myerz goes on to say. “People complain all day long, thinking it’s going to solve anything, or they’ll turn to an activist group and say ‘I’m going to be a militant person now, and that’s going to excuse all of my drama.’ But until you fix yourself, nothing is going to change.”

It’s a subject that packs serious weight for Myerz. In conversation, he talks at length about spending too many years of his life as “an angry miserable person.” His state of mind is exemplified by the lyrics to “Let’s Go,” his 2016 collaboration with producer AyOh. In the song he delivers the line, “I’m the most insecure guy out there, I’m very nervous. I’m angry, but I hide it like people in food service.”

Before he could find true change in his own life, however, what Myerz calls a particularly “toxic” relationship in his personal life had to come to an end. He was also tired of hearing derogatory labels such as “snowflake” and “millenial” thrown his way. He accepted a corporate day job, took charge of his life, and let his creative flag fly with confidence. He also honed in on his desire to make music from a place that doesn’t take itself too seriously.

Jewish identity is part of his persona. And with album titles such as NuJewbes and Jewnami in his catalog, he tackles Jewish stereotypes by adding a dose of personal realism. And while he’s coming from a place of humor, it’s no joke.

At its core, Packard Bell 96 is an album that’s all about blending styles, and it is Myerz’s most varied offering yet. “Space Banjo” blends the worlds of country and rap, whereas “Green Woman,” a reference to the classic “Star Trek” episode in which Captain Kirk gets up close and personal with a soft-focus extraterrestrial, is his take on a Sade/Lovers Rock dose of romance. “Ghost Culture” channels the spirit of hardcore punk with breakdowns and a nihilistic mantra into a Cardi B trap-style lyrical triplet, spouting “All my friends are fucked.”

Packard Bell 96 is a collaboration with Delorean Gray singer, keyboard player, and producer Jacob Chisenhall. Chisenhall is also a regular CL contributor. For his part, Chisenhall helped bring to life various concepts for songs. “Michael would say, ‘Help me write a country rap song,’” Chisenhall says. “We’d get the bass and the drums going and that would kickstart his creativity to the point where we asked ourselves ‘Are we going too far with this?’ Michael’s response would always be, ‘Why can’t I?’”

It’s that spirit of unrestrained, try-anything musical flow that lies at the heart of Myerz voluminous body of work. It’s trial and error. Each release marks a clear step up as his lyrics, his voice, and his concept become more focused. It’s evolution in real-time for the music and for the man.

“I make music for me,” Myerz says. “My end goal is to reach nirvana in the sense that I literally do not care if a single person listens to it or likes it, just as long as I like it. I think I’m getting closer to that point, but I don’t believe I’ll ever make it,” he adds. “I don’t believe in perfection.”