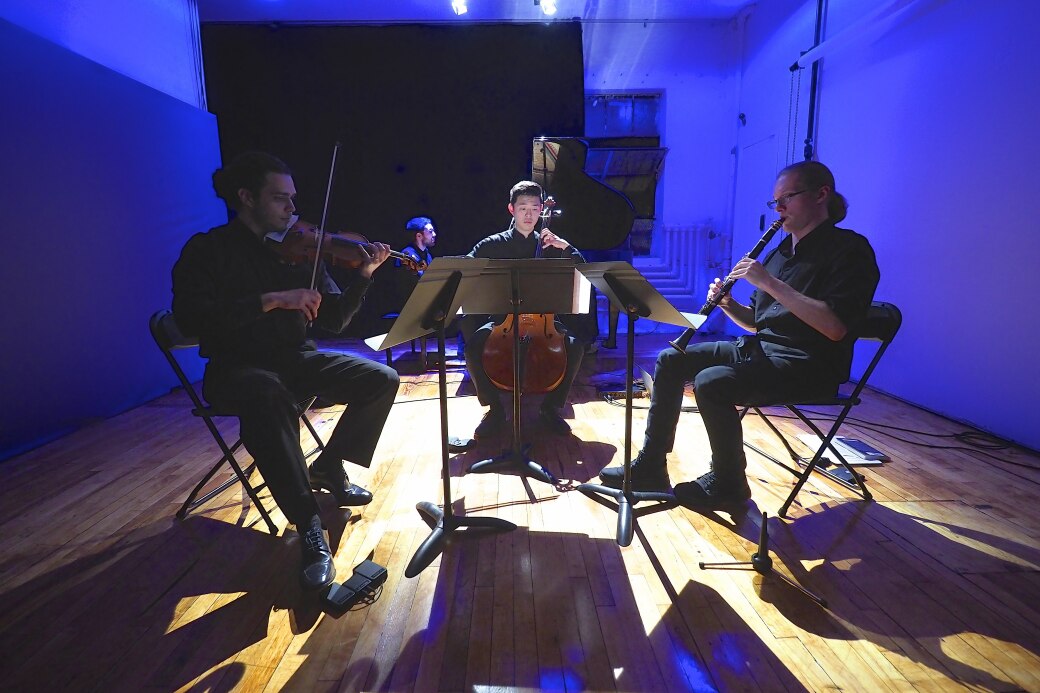 Howdy, y’all. It’s been a minute. Starting in the early 1980s and running into the 1990s, I wrote a regular column for Creative Loafing called “Listening Post.” The column covered a constellation of artists, performances, recordings, and trends, which tended toward the Ort cloud of the musical solar system: the unjustly neglected, the frequently misunderstood, the elusively classifiable. That meant everything from jazz and free improv, electronic noise and world music, to avant-garde chamber ensembles, contemporary opera productions, and obscure singing troupes. That did not mean excluding popular genres including rock, rap, hip hop and funk, blues, folk, bluegrass, and Americana.

Fast-forward a few decades, and here we are with the first installment of a reconstituted Listening Post. The plan is to be here every other week with news, previews, reviews, and random musings keeping in line with the original column’s relatively unrestrictive purview. I’ll need help keeping up with everything, so feel free to send press releases, download codes and secret messages to doug.deloach at creativeloafing.com. Physical material goes to P.O. Box 170106, Atlanta, GA 30317.

Thanks in advance for your time and eyeballs. And, welcome — or welcome back — to “Listening Post.”

Atlanta’s contemporary chamber music calendar is slam full of activity, particularly over the next several weeks leading up to the SoundNOW Festival in April. I’ll be exploring this refreshing phenomenon in some detail in a future Listening Post. For now, be aware that on Friday, March 9 the Unheard-of//Ensemble returns to town as part of a Southern tour in support of Unheard-of//Dialogues, which dropped in January.

“The album presents a mosaic of different styles, opinions and stories, which showcase the fruitful and informative experiences from our past year’s touring,” says clarinetist Ford Fourqurean who, along with violinist Matheus Souza, cellist Issei Herr, and pianist Daniel Anastasio (piano), form the core of the New York-based Unheard-of//Ensemble.

Unheard-of//Dialogues features works by eight different composers including Nickitas Demos, director of the School of Music at Georgia State University. The ensemble and composer first met in 2016 when Unheard-of//Ensemble played a concert at Mammal Gallery on a bill with Atlanta-based Chamber Cartel. Inspired by the encounter, the ensemble commissioned Demos to write what became “Frontlash,” which premiered at Carnegie Hall in 2017 and served as a catalyst for Unheard-of//Dialogues.

“During the writing of this piece, it was impossible to escape the seemingly unending turmoil surrounding the White House and a deeply troubling sense of chaos engulfing society,” says Demos. “As discourse gives way to virulent disagreement, backlashes, as well as angry reactions before any word or action occurs, become more prevalent.” Hence, the 21st-century phenomenon dubbed “frontlash.”

“Frontlash” gives each voice in the ensemble — clarinet, violin, cello, piano — a solo, but the solos are aggressively interrupted by the other three instruments before the soloist can fully articulate the idea. As the interruptions escalate in cacophonic intensity, traces of the original solo can be heard within the din. Eventually, though, discordance reigns supreme and the soloist is compelled to join the fray.

“I’m saddened when I hear musical ideas crushed, never to return in a small chamber piece,” Demos remarks. “How much more tragic is it for society when voices of reconciliation, understanding, empathy, and peace are shouted or beaten down and lost forever?”

Other composers, such as Christopher Stark, composed new works specifically for Unheard-of//Dialogues. Stark’s “Maple” is a dense, complex composition, which incorporates acoustic interplay with synthesizers, field recordings, and CD-glitch electronics. A linear (some would say minimalist or Glass-ian) rhythmic surge drives “Maple” forward while melodic and harmonic elements joust for attention. The mellifluous magic in the work stems from the precise mixing and mastering of the ensemble’s performance with the electronic components, a process which transpired over several months at Oktaven Audio, north of the Bronx, in Mt. Vernon, NY.

“During our Midwest tour in February, we had audience members so intrigued, they were asking questions about the compositions in between performances,” says Fourqurean. “It’s so exciting to have people listening, thinking, and enjoying the music.”

The following evening, Saturday, March 9, the future contour of the global soundscape hangs in the balance when Georgia Tech’s Ferst Center for the Arts hosts the 21st Margaret Guthman New Musical Instrument Competition. An annual event aimed at identifying the next generation of musical instruments, the Guthman competition invites musicians, inventors, and artists to design, build, and play uniquely original instruments.

Prior to Saturday’s program, the instruments are judged by a panel of experts, which this year includes composer, performer, and media artist Pamela Z; Roger Linn, winner of a Technical Grammy Award in 2011 and inventor of the LM-1, the first programmable drum machine; and electronic musical instrument designer Ge Wang, an associate professor at Stanford University and author of Artful Design. Previous Guthman competitions introduced to the world the OP-1, Roli Seaboard, and Mimu Gloves, which became mainstream products following their Ferst Center “premiere.”

The 2019 Guthman Competition features more than a dozen competitors from multiple countries including two from Atlanta. One of them, Alice Barbe, is the event’s first-ever high-school age entrant. A homeschooled student, Barbe has been attending the Guthman Competition since she was a youngster. Last year, Barbe formed a club with members of her local high school community to create musical instruments, which can be used to demonstrate scientific properties. The instrument entered by Barbe in the Guthman competition, called the Biot-Savharp, was co-created with Asimm Hirani.

“Alice’s instrument [the Biot-Savharp] is fired by magnetic induction,” says Jason Freeman, professor and chair of the School of Music at Georgia Tech University. “It looks a little bit like a harp, but, instead of plucking the instrument, electromagnets induce the strings to create other-worldly sounds, kind of like an E-bow.”

Other Guthman entries include a Koritas and a Spider Harp. The former, created by a competitor named Kordan from Rome, Italy, fuses five instruments from different continents: a South American (more precisely, Afro-Peruvian) cajón, African kora, Indian tampura, Australian didgeridoo, and Japanese koshi. Looking weirdly like its name, Chet Udell’s Spider Harp features a robotic spider contraption straddling a web constructed with orange parachute cord. Described as “a seamless collaboration between the performer; the robot, which translates plucks into location, distance, and intensity data; and custom software, which transforms the data into melodies, harmonies, and rhythms,” the Spider Harp is said to produce “enchanting sounds and haunting melodies.”

I’ll believe it when I hear it — and I can’t wait to hear the Spider Harp and Koritas, along with the other idiosyncratic musical instruments, at the Ferst Center Saturday night.