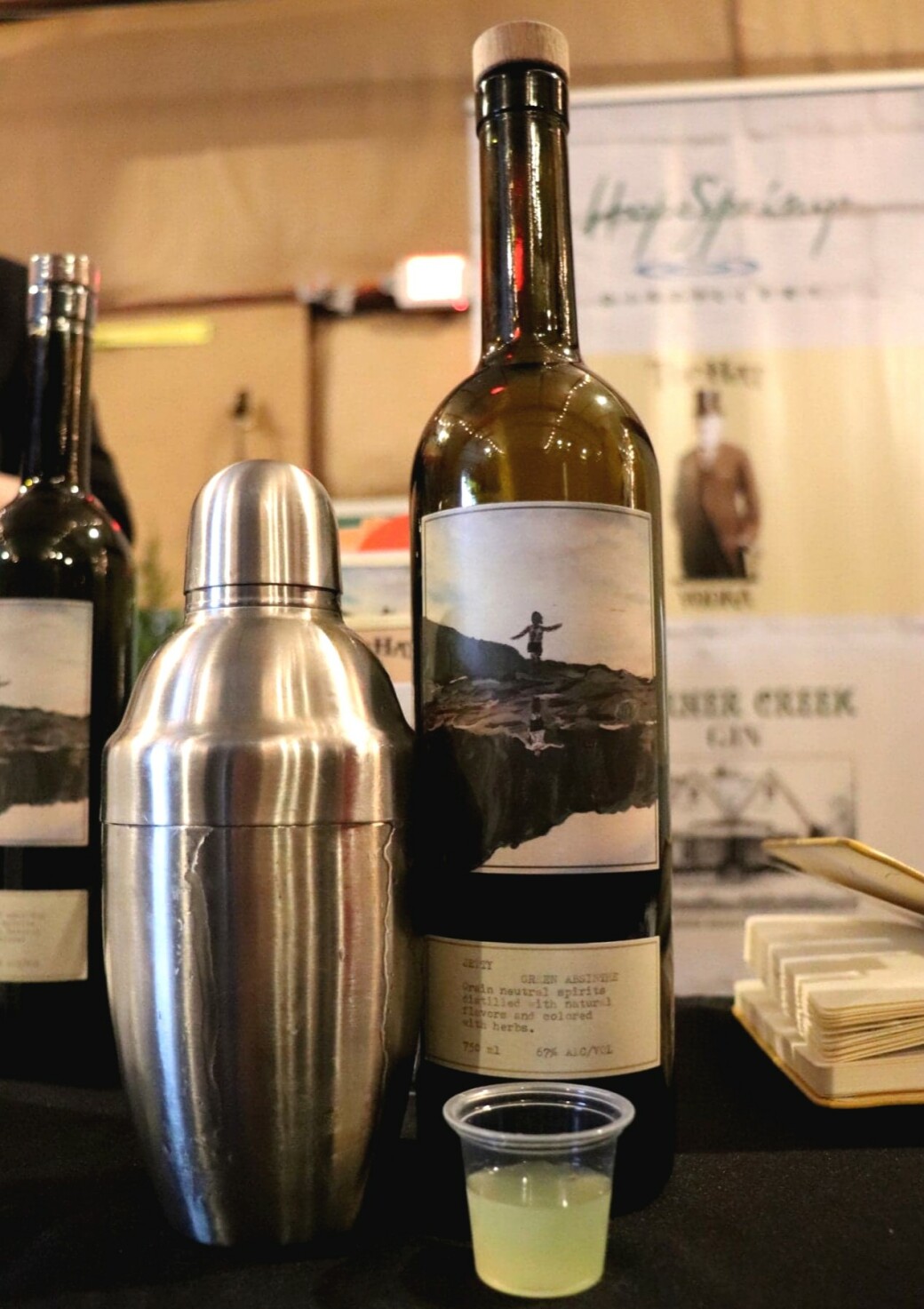 Truth, beauty, freedom and love — the famous Bohemian absinthe spirit is shrouded in mystery, popularized by its association with artists and writers from Hemingway to Van Gogh, and its portrayal in films like Moulin Rouge! Mystical potion, or just a tasty beverage? Georgia drinkers can decide for themselves now that we have our own Jetty Absinthe, distilled at Lilburn’s Hope Springs Distillery. At only 24 years old, Jaz Jarzewiak is the youngest master distiller in the United States, but he brings an undeniable millennial ambition that might just be the creative kick the local distilling industry needs. It’s not all green fairies and magic — absinthe is a culinary-driven beverage with a misunderstood history and hopefully a brighter future.

Jetty Absinthe is an herb-forward spirit, made by carefully distilling neutral wheat alcohol with anise seeds, fennel seeds, and a bitter herb called wormwood, which absinthe is famous for. Jarzewiak further colors and flavors the absinthe with another herb called hyssop, as well as peppermint, thyme, and whole black peppercorn. The finished product is a light and refreshing, yet deceptively boozy, spirit similar to gin, with a spiced licorice-like flavor produced by the anise. “Jetty is perfect to drink outdoors, particularly on a hot day,” Jarzewiak says. “It is inspired by the wide blanket of forest covering Georgia, one of the most wooded states in the South. The thyme is intended to capture the bright lemon note of pine in the morning, while the peppercorn adds the spice of the forest floor.”

The botanical ingredients of absinthe are difficult and expensive to acquire, and it’s easy to mess up the distilling process. For small businesses, that’s a lot of wasted effort and resources for a product that many consumers might be reluctant to try, but Jarzewiak wants to change that perspective. “Absinthe is a connoisseur-driven beverage, so the artistry of the craft is worth the risk of failure to me,” he says. “I’m trying to demystify the distilling world so that people will be knowledgeable about the spirits they are drinking, and hopefully they’ll be more willing to try something new.”

It’s a common misconception that the wormwood in absinthe is dangerous to consume, but Jarzewiak says this basically comes down to bad marketing. Wormwood has traditionally been used in medicinal and culinary applications by various cultures around the world for thousands of years because it contains an essential oil called thujone, which is thought to boost creativity and general cognitive function. This made absinthe popular among European artists and writers in the 1800s, and it all but replaced wine as the most popular beverage in Europe when aphid infestations destroyed many major vineyards. In response, the Big Wine industry of the time led a government-backed smear campaign against thujone, and it remains a regulated substance to this day.

Jetty Absinthe contains a minimal amount of thujone, but Jarzewiak says that his recipe maintains the artistic inspiration of traditional absinthe, intended to bring the consumer closer to nature. “No one else distills absinthe in Georgia because our recent history has not been familiar with it, but I can't think of a spirit Atlantans could love more,” he says. “ Absinthe isn't for everyone, but if you love wild nature, and you find peace among the pines in Georgia, this is a spirit for you.”

Jetty Absinthe is available now in major liquor stores across Georgia, and directly from Hope Springs Distillery. In the near future, Jarzewiak plans to produce a gin inspired by American West Coast IPA’s, flavored with juniper and hops, as well as a cannabis-inspired bourbon with added terpenes for a dank aroma.

On March 8, members of the Georgia chapter of Pink Boots Society will meet at Second Self Beer Company from 8 a.m. - 3 p.m. to brew a collaborative beer in honor of International Women’s Day. The brew day will serve as a meeting for the chapter as well as an open opportunity for any women in the brewing industry to network and learn about the process of brewing. Sufferin’ Till Suffrage is a hoppy Double New England IPA, officially a collaboration between Second Self and New Realm Brewing Company. It will be sold in-house, and distributed into the market. Proceeds benefit education and programming for Pink Boots Society Georgia chapter. Attendance to the brew day is free, but attendees should RSVP on the PBS website. From 5-7 p.m., a pre-brewed batch of Sufferin’ Till Suffrage will be tapped at Second Self for anyone to try.

Steady Hand Beer Co. will officially open its doors Saturday, March 9, with a grand opening party at the brewery from 2-8 p.m. General admission tickets for $25 get you four 10oz beers of your choice plus a branded souvenir glass, and access to the party with food trucks, raffles and live music from local Phish tribute band Skyballs. To learn more about Steady Hand’s story and beer selection, check out First Draft’s recent feature story on the brewery.