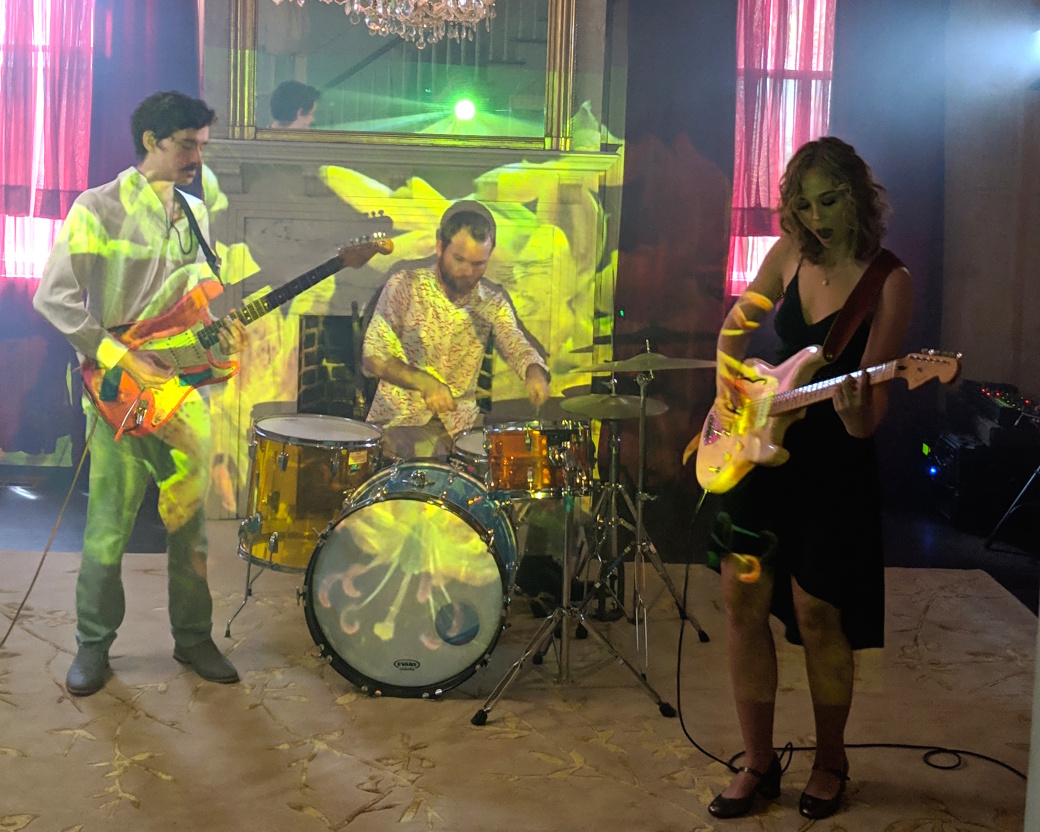 “Axis” is the first offering from the Macon/Athens-based three-piece, Atria. The video offers a first look at what the group has in store with its debut release, Familiars.

The video was directed by the group’s singer and guitarist SaVana Cameron and Brian Wilmerding, with Wilmerding handling cinematography, and Craig Coleman’s video projections.

Here, Cameron, along with her bandmates Steven Ledbetter (drums) and Zach Farr (lead guitar), weave a colorful visual accompaniment to the song. Cameron is a classically trained vocalist, whose soaring voice leads an instrumental blend of lush, psychedelic textures, and measured folk flourishes. The video offers a glimpse into a world filled with folklore, magic, and childlike wonder, brought to life inside a dollhouse complete with a salt circle, reflecting mirrors, and subtle etchings in the walls revealing song lyrics, titles, and more from the EP.

The Familiars EP is a self-released offering, and is due out May 10. In the meantime, press play on the “Axis” video above.

Atria plays the Go Bar in Athens with Cult of Riggonia on Friday, May 3.