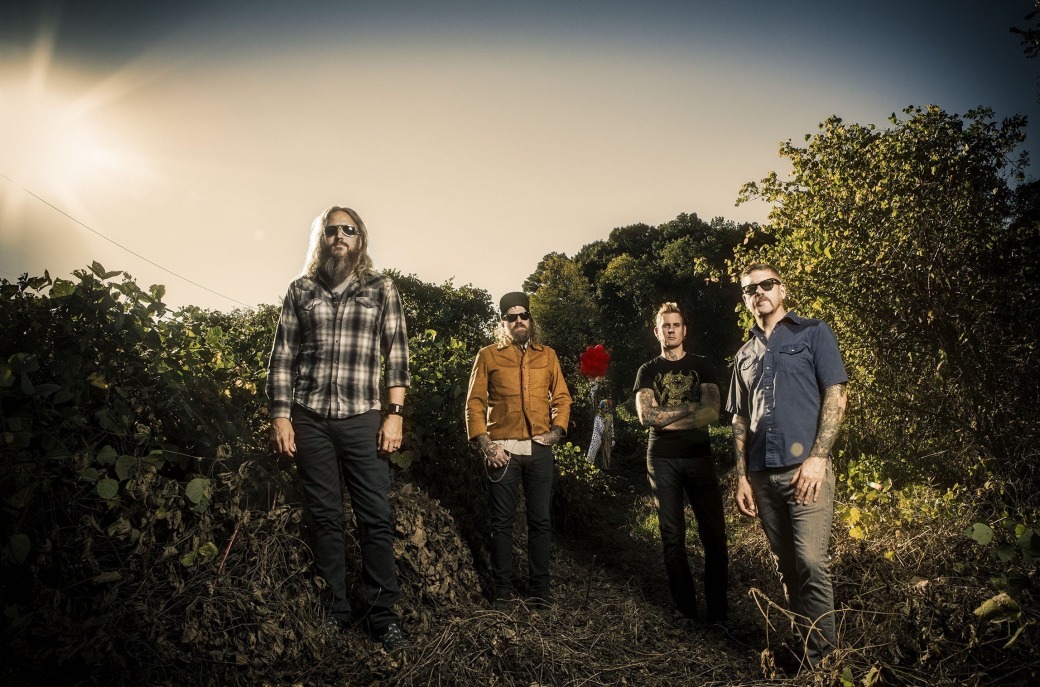 The almighty Mastodon comes home to celebrate the 10-year anniversary of 2009’s breakthrough album, Crack the Skye, with what’s being dubbed “The Unheavenly Skye Tour.” According to lore, the album is both an homage to drummer Bränn Dailor’s fallen sister and a concept album about a time-traveling Rasputin.

Somewhere within the twisted metal grooves of songs such as “Divinations,” “The Czar: Usurper / Escape / Martyr / Spiral,” and “The Last Baron,” all of these elements coalesce into a sound that catapulted Mastodon into the upper echelon of progressive metal and post-hardcore greatness, while tapping into a larger audience.

Before playing the Coca-Cola Roxy on Friday, May 31, Dailor checked in to talk about the decade that has gone by since the album’s arrival, and what the group has in store.

Mastodon is touring on the 10-year anniversary of Crack the Skye. It’s crazy to me that an entire decade has gone by since that album was released.

Yeah, it’s crazy to me too, I guess. But 10 years doesn’t seem like that long anymore. When you think back on your life, a 10-year period from age 10 to 20 is insane. There is so much change happening between those years. But 10 years to someone in their 40s doesn’t feel like that long at all. Obviously a lot has happened, but, it’s like … ‘Oh, the ’90s, that was like a couple weeks ago, right?

Now that you've had 10 years to reflect on Crack the Skye, have you had any realizations about the album?

As we move along through Mastodon, it has become this centerpiece to what we’ve been up to for the rest of the time. It sticks out to me as one of the main pillars that holds our band up. We went through a lot when we were recording and writing it, and we were at a point where we were all able to do so. It was before everybody's lives got crazy with everything they have going on with their families. And it’s just what cropped up out of what was maybe not the best circumstances. Brent got hurt in Vegas, which made him house-bound for awhile. He had an acoustic guitar and a lot of time to sit and fiddle around with it.

He wasn’t able to be as social as he was used to being, and he couldn't really even get up and move around too much because he had vertigo going on. So he spent long hours cranking out all of these beautiful and intricate ideas and song parts. When he was able to come down to the studio, we all kind of tackled it. The rest of us had been writing without him, writing some really fast, crazy-heavy stuff, like normal. And then he came up with this other vibe completely. It hit me right away. I remember hearing some of this stuff and saying, “This is where we should go. Wherever Brent's going, musically, this is where we should go.”

All of us in Mastodon are really musically connected. We have similar tastes, and we’re all the kind of people who get goosebumps when we hear music. So a lot of goosebumps were spreading around the room with what Brent came up with. We all started digging into it, which started conjuring up feelings from my past. So I joined forces with that sound and put it all in there. It seemed like the right vessel for me to ask the guys, first and foremost, if it’s okay to get really personal.

I had never really done it before and had never been open and honest about it. I had shards of lyrics in mind, here and there. And as far as the storytelling aspect of it, I really, I had a cool story I thought, and then it all tied together. It was one of those albums for us where everything clicked. We worked with Brendan O'Brien, who elevated everything and got us sounding the way that we thought it should sound. Actually, the way it sounded was quite surprising — we felt like we had never sounded like that before. So we were sort of blown away by the production. Brendan just got the best out of us and was able to let us realize our true potential.

Troy brought it up maybe a year ago. He said, “I feel like Crack the Skye is such an important record for us, we should acknowledge it in some way. Do you want to play like six cities? This tour with Coheed and Cambria came up, which seemed kind of perfect. They’re on the proggy side of rock, so it will put us in front of some new faces and in some bigger rooms so we can do a bigger production than anything we ever did with this album before. And we have this whole new movie, animation thing that goes along with Crack the Skye from start to finish. Skinner, Paul Romano, and a company called Hey Beautiful Jerk all worked together with some animators to make this insane, acid trip of a movie to go along with the album.

If you think of the two albums that are on either side of Crack, the Sky — there's Blood Mountain in 2006 and The Hunter in 2011 — there's a big leap in the band's presence. It feels like a transformation was taking place.

Yeah, I remember when Pepper Keenan from Corrosion of Conformity first heard it he said to me and Brent in his Southern drawl, “Well, you boys is on your own now!” [laughs].

It was also probably the first real step towards winning a Grammy years later with “Sultan’s Curse” from Emperor of Sand.

I don’t know, but that album in particular was left out that year. I don’t know how the Grammy's really really work. I know that they’ve received a lot of criticism over the years about some of their choices. They’ve received a lot of criticism over the years, especially the year that Tenacious D won for their Dio cover. Does Tenacious D deserve a Grammy? Yeah, of course. They're incredible musicians. They're great singers, and they're phenomenal players. But I think that the metal community was bummed out because there were so many original albums that came out that year by serious metal bands. And for metal just to have one category is kind of crazy too. But I get it. It's not the most popular kind of music, obviously. Which is good because if it was the most popular kind of music, then metalheads who like metal wouldn't like it because there'd be a lot of people involved who smell money, and they’d get in there and change it into what they think is going to make the most money.

On the local scene, metal does seem to be growing rapidly. I think a lot of people are just angry right now because of politics, global warming — even watching how much the physical landscape in Atlanta is changing, the metal scene is kind of off the charts right now.

Yeah, it is crazy in Atlanta right now. I was talking to the Slayer guys recently, and they were commenting about Atlanta, saying like 20 years ago there wasn’t much of a scene here at all. Now it's a place they really look forward to playing because the shows are so wild. It’s popping off for metal in Atlanta, for sure.

It makes me wonder if it’s because we have a couple of dedicated promoters here that are super dialed into metal, or is it just where people's heads are at right now?

It's probably a perfect storm of a bunch of different things, and it probably has a lot to do with the fact that a lot more people live here now. But hey, I'll take it! I remember when I first moved here, and a few weeks later, our first show in Atlanta at MJQ was pretty much sold out. It was packed! The reception that we got right off the bat was pretty nuts. We hadn’t been around but a minute, and when we played the Star Bar, it was wall-to-wall people. We were just a baby band. But Atlanta has always been good to us. I can still see Ria Pell in the pit, smashing people right in front of us, in her overalls and that whole lesbian brigade that would come out and knock people down in the pit. That was amazing.

I have a very clear memory from when Mastodon played Corndogorama at Lenny's in 2007, and watching Ria roll up in the middle of the crowd with a lawn chair, sitting down, and then getting up and telling people to move out of her way, “These are my friends!” Everybody obliged!

I remember when we played the parking of Ria’s Bluebird for an anniversary party, and the MARTA bus stopped on the street right in front of us and started flashing its lights to our music, so it was like our light show. Only in Atlanta!

After this tour, everyone already has their parts and pieces of songs, and we’ll probably come together to start working on the next record — probably ASAP.

Mastodon is on the “Unearthly Skye tour” through June 8. Click here for tour dates.