TALK OF THE TOWN: Blondie celebrates '40'

Forty years at the Clermont Lounge, that is! 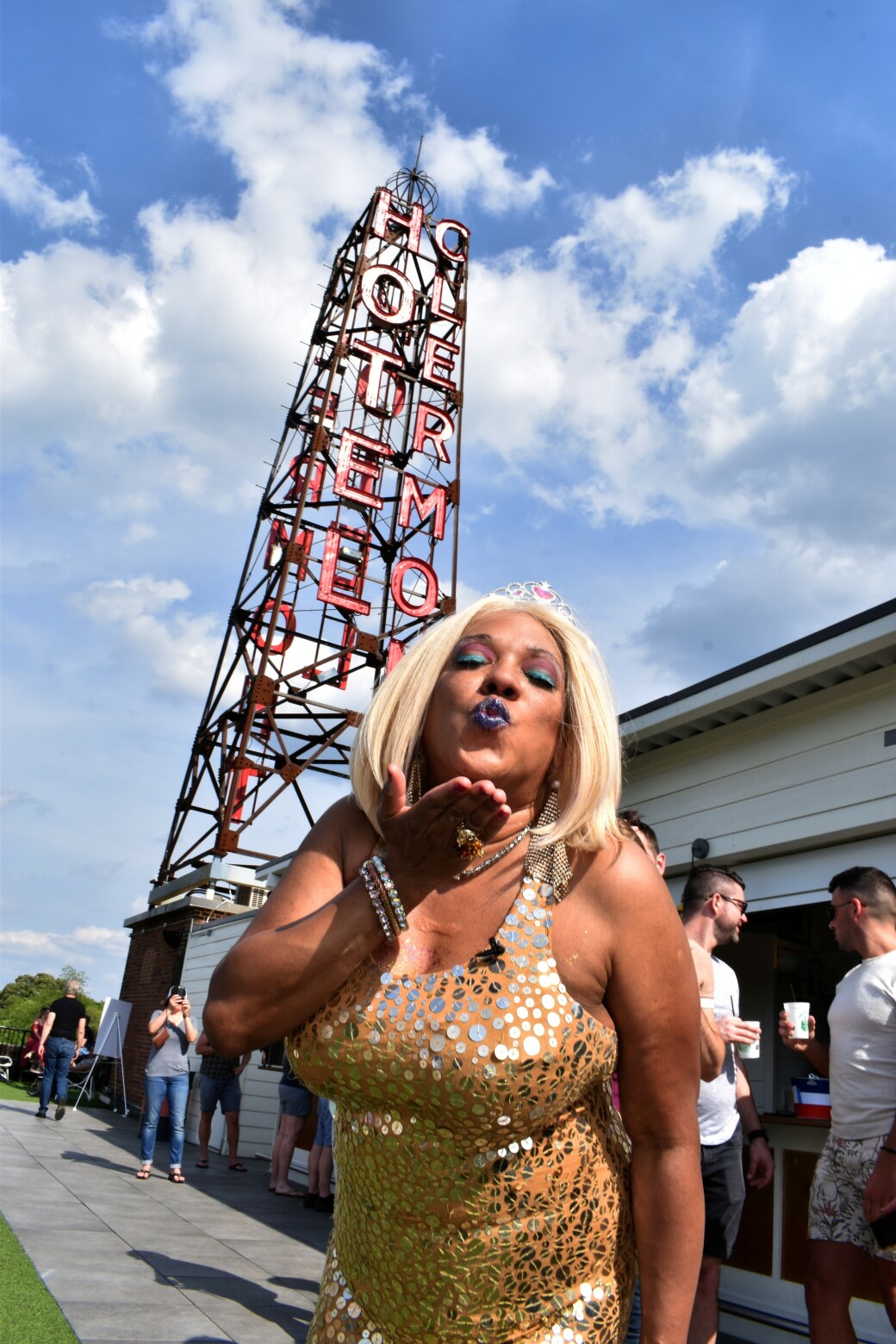 Over the years, Atlanta has had it’s share of characters, those who make the city, sometimes shape the city, and definitely elevate the city to a higher consciousness. There is a long list of people who have made Atlanta a more interesting, fun place to live, depending on how deep your roots are in Atlanta. Decades ago, there was The Goat Man; then the Leaf Lady; the Piedmont Pig; Lester Maddox; Wolfie, who stood on street corners selling copies of The Great Speckled Bird; Hosea Williams; Bruce Hampton, Sister Louisa — people who live their lives humbly and sincerely while being mythologized by those who see an enigmatic personality stretching the boundaries of society rather than conforming to them.

Perhaps one of the best known, and most endearing people in this city is Blondie. She can be found nightly at the Clermont Lounge, where she strips and shakes onstage, leaving nothing to the imagination, revealing “the hat matches the purse.” When she’s not seductively strutting across the bar top stage, Blondie regales her fans with poetry and prose, sometimes offering a souvenir beer can expertly crushed between her buxom breasts.

The Queen of Ponce de Leon recently celebrated forty years of sultriness at the Clermont Lounge, taking her act out of the basement and up to the roof top of the newly-reopened Hotel Clermont. She strutted her stuff for friends and fans who gathered to pay tribute to her years of work, not taking it off, as she does under the cloak of darkness, but with numerous outfit changes in broad daylight, offering glimpses of the many facets of her personality. 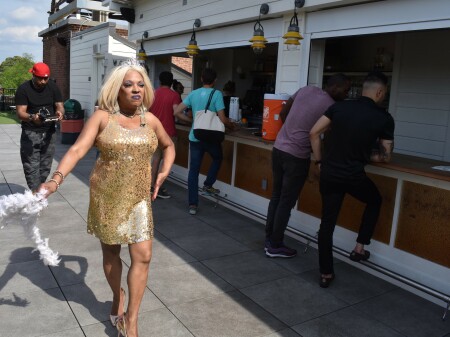 READY FOR TAKE-OFF: Blondie is on the runway! PHOTO: Jeff Slate. 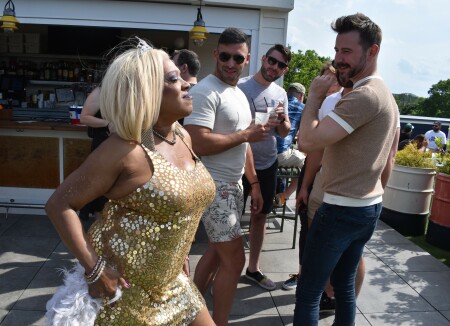 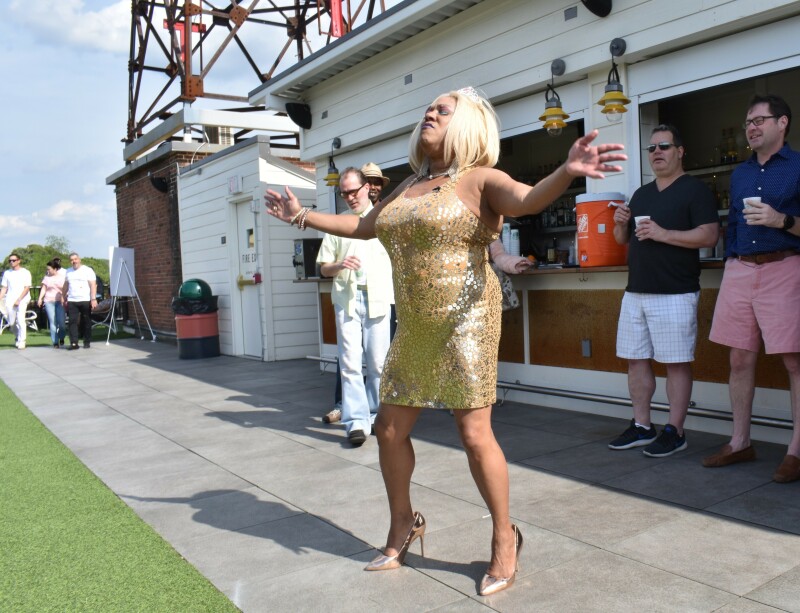