ATL Untrapped: BNDWTH offers artists a chance to be great 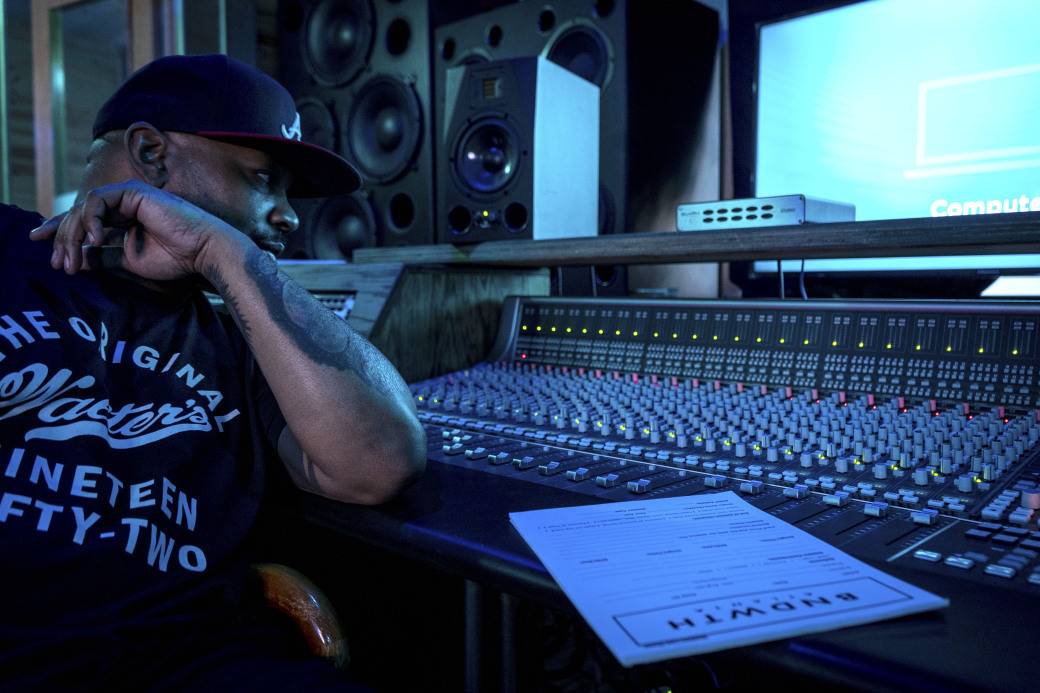 An abandoned bus-repair lot in East Point, Georgia, is becoming a hive of activity for musicians and producers. The once derelict property now serves as a repurposed studio complex called BNDWTH Atlanta, a grandiose project spearheaded by veteran producer and founder William Washington, better known as WLPWR.

Over the last two decades, Washington has worked extensively with Atlanta by way of Gadsden, Alabama, country rapper Yelawolf, and supplied production for other artists such as Eminem, Wiz Khalifa, Big K.R.I.T., and more. With BNDWTH, Washington brings his career full circle.

“I started working with Yelawolf in 2001 in a production house where there were nine or 10 studios, and each producer had their own room,” Washington says. “We would bring artists in and keep moving them around, and it’s funny because that’s exactly what I’m doing now.”

BNDWTH Atlanta is scheduled to open its doors to the public on July 15. Fully realized after two years of physical labor and DIY craftsmanship, the multifaceted and unconventional space boasts two state-of-the-art recording studios, a curriculum studio, a content studio, a songwriting studio, and a fitness space. Wood panels, mood lighting, and portraits of notable hip-hop legends such as J-Dilla, Tupac, and Organized Noize adorn the walls, contributing to the facility’s warm ambiance.

A haven for industry hopefuls even before its grand opening, the BNDWTH complex offers more than vibes and studio time. Here, artists exercise, cook, learn, and work together — all in the name of artist development and camaraderie. According to Misha Fair, BNDWTH's head of artist development, bettering oneself personally is crucial to improving oneself musically.

“As creatives, we don’t really take care of ourselves as much as we should,” Fair says. “Personal development is so much of the artist’s development. You don’t have one without the other.”

Fair and Washington work to provide as many resources as possible for those interested in putting in the work, be it embracing the full regimen or whatever else they need. Patrons can learn and improve their musical capabilities through vocal, instrumental, and a variety of other lessons in the curriculum studio, and also utilize the content studio for photo and video shoots.

Comparable industry services can be expensive and are rarely accessible to artists of all socioeconomic backgrounds. BNDWTH creates an environment that values growth over profit, providing memberships for artists with tight pockets.

“Most creatives are struggling and can’t afford to book studio time,” Washington says. “For those people we have memberships available. They can come in and have a set amount of studio time, access to everything that we offer here, and freely be creative.”

The concept still wows Fair, who has worked at multiple commercial studios and never seen anything like it. Its inclusive and nurturing nature has birthed a collective of tight-knit artists and inspired BNDWTH to expand its brand by launching an independent record label of the same name.

Josh Waters, an Atlanta-based R&B singer, is its first signee. The Hattiesburg, Mississippi, native and Washington met while working with Big K.R.I.T. on 4eva Is a Mighty Long Time. During a session, Washington discussed his lofty aspirations with K.R.I.T., and Waters overheard the conversation.

“He saw what I was saying, which was just an idea at the time,” Washington says. “From there, it’s been history.”

Currently working on Water’s debut project on BNDWTH, the studio has welcomed Grammy-winning and nominated acts such as Manuel Seal and Kevin Cossom. Other noteworthy artists who have come through include J. Holiday, Uno The Activist, Trinidad James, and Sy Ari Da Kid. Local up-and-comers such as Lamar Turner III, Taylor Nixon, and Molekey have also worked heavily with the collective’s revolving door of talent.

Just as Washington saw potential in the abandoned bus depot in 2017, he continues to see potential in the younger generation of artists. This determination to foster that potential is what he believes BNDWTH Atlanta is all about: giving creatives a chance to be great.

This month, the star power is at festivals, but rising and veteran acts keep things interesting.

Wed., June 12
— Maimouna Youssef aka Mumu Fresh, City Winery. While more of a soul vocalist, Mumu Fresh still gets hers when she’s in rap mode. Based on the way she showed out on NPR’s Tiny Desk, her City Winery show should be nothing less than powerful.

Sat., June 22
— Freaknik Festival, Cellairis Amphitheatre at Lakewood. If you weren’t involved in the debauchery of the OG Freaknik, this one’s probably not for you.
— Nav, Tabernacle