TOPS at the Masquerade, David Murray and Kahil El’Zabar at Gallery 992, and more music that's not to be missed 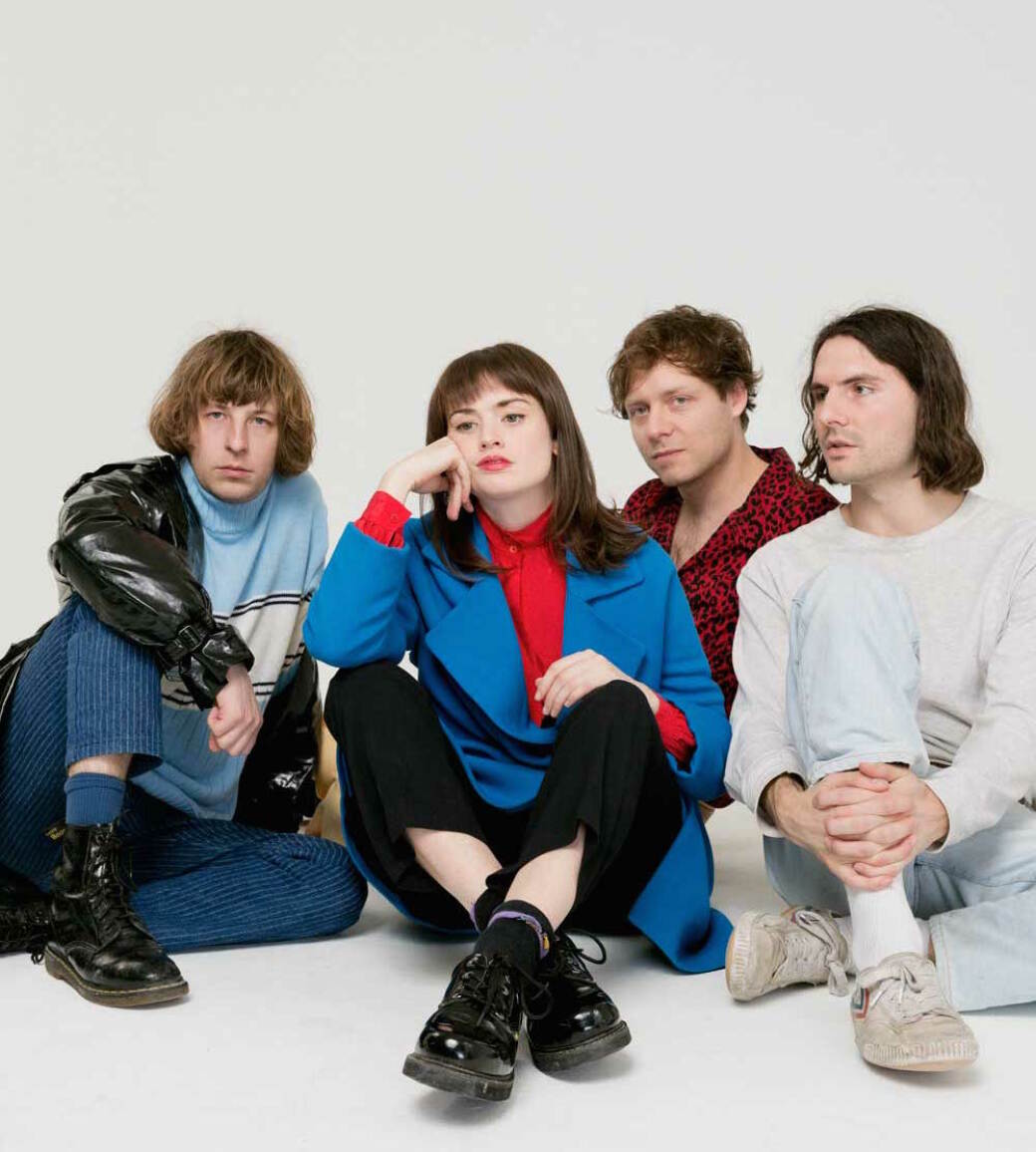 Fri., June 14
— SADISTIC RITUAL, GUNPOWDER GRAY, DETONATE — The Earl
Since 2010, Sadistic Ritual has existed — with one lineup or another — as a truly dark force of nature for Atlanta’s underground metal scene. After nearly a decade in the trenches, the group is unleashing its debut album, Visionaire of Death (Boris Records/Unspeakable Axe), a scathing indictment of humanity’s excesses and an ode to death itself. Founding member, singer and guitarist Charlie Southern, fronts drummer Joe Sweat, guitarist Alex Parra, and bass player Shawn Staszko for a grim, buzzsaw assault on the senses. Locals Gunpowder Gray and Detonate open the show. Read more in this month’s CL feature story, “Sadistic Ritual pays homage to death.” $10-$12. 9 p.m.
— Chad Radford

— Unknown Mortal Orchestra — Variety Playhouse
Unknown Mortal Orchestra is neither unknown, nor an orchestra. In fact, when it comes to the ironic phrase, “popular indie artist”, Unknown Mortal Orchestra, the project of Ruban Nielson, fits the bill. Best described as psychedelic indie rock with undertones of funk and electronica, UMO delivers tunes that cover a broad spectrum from the lo-fi groove of their earlier album “II” to more obscure and experimental sampling as their discography develops. $23. 8 p.m.

— TOPS, Fantasy Guys, and Breathers at the Masquerade (Purgatory)
Montreal-based foursome TOPS puts a soft-spoken, electropop spin on indie rock. Frontwoman Jane Penny’s vocals possess a mistlike airiness, sounding featherlight and distant while preserving a sense of power and gravity. The instrumentation has a pleasant and melodic feel, and when merged with the vocals evokes a certain nostalgia for ’70s AM Gold. TOPS’ most recent release, Sugar at the Gate (Arbutus Records), showcases the group’s intimacy and cohesiveness, while allowing Penny’s ethereal voice to shine. $13 (adv). 8 p.m.
— Will Cardwell

— Pain in the Neck fest feat. Paladin, Scorched Moon, Gnomonaut, Degradations, Metaphobic
Aaron Baumoel of Halcyon Way, Malefic, Crown of Sorrow, Obsolescence, and more is dealing with a debilitating nerve injury that prevents him from playing the drums. So his friends and metal cohorts have put together a head-banging metal fest to raise funds for his medical bills. $10 (suggested donation). 8 p.m. — CR

— DAVID MURRAY & Kahil El’Zabar — Gallery 992
Saxophonist and World Saxophone Quartet co-founder David Murray has long kept one foot planted in ’60s be-bop. The other foot is still kicking around in the realm of abstract expressionism. But as Murray’s musical voice has taken shape over hundreds of LPs he has carried his penchant for the avant-garde into the arena of more accessible rhythms and standards. Through it all, however, his deep vibrato has remained a signature of his fluid style, earning a place alongside such formidable musical innovators as Albert Ayler, Sonny Rollins, and Archie Shepp. Murray is on the road celebrating Black Music Month, performing alongside legendary percussionist Kahil El’Zabar. Expect an evening of two masters making one great big sound. $30. 8 p.m.
— CR

— SEBADOH, WAVELESS — The Earl
Sebadoh in the 21st century is an unlikely success story. It’s also a more experienced beast than the frazzled, lo-fi avatar of the ’90s — Sub Pop’s second-place winner in the time of Nirvana ascendency. Act Surprised (Dangerbird Records) is the group’s second post-reformation album. It rocks and wilts with all of singer and bass player Lou Barlow’s sentimental highs and lows. The writing in songs such as “Celebrate the Void,” “Stunned,” and “Raging River” holds up when placed alongside almost anything from classic albums Bubble & Scrape, Sebadoh III, and Bakesale — it’s tough to best the one-two punch of “Soul & Fire”/“Two Years, Two Days,” and the almighty “Rebound.” And not that anyone’s making a big deal about it, but this year marks the 30-year anniversary of Sebadoh’s first album, The Freed Man. Expect Lou, drummer Bob D'Amico, and guitarist Jason Loewenstein to kick out an epic set of happy-sad jams, new and old — just gimme indie rock! $20-$22. 8 p.m.
— CR

— BIRTHDAY BASH — State Farm Arena
Summer in Atlanta just wouldn’t feel right without Birthday Bash. An annual celebration of the beloved local hip hop station Hot 107.9, the concert is known to bring out rap royalty from the city and beyond. This year, that tradition persists as Migos, Lil Baby, Jacquees, Lil Keed, and Light Skin Keisha keep Birthday Bash a 404 thing while still making room for out-of-town heavyweights such as Megan Thee Stallion, City Girls, and DaBaby. Prior to the concert, there is also a free block party at Centennial Olympic Park from noon to 5 p.m. For the uninitiated, Birthday Bash always has a few surprises up its sleeve, so expect the unexpected. $69-$189+. 7 p.m.
— JR

— THE SPIRIT OF THE BEEHIVE, STRANGE RANGER — Drunken Unicorn
If there’s anyone who can soundtrack a daydream, it’s Philadelphia band the Spirit of the Beehive. The group’s latest record, Hypnic Jerks, is a cross-stitch of angular post-punk riffs and luscious dream-pop ambience. The record is named after the involuntary twitch that happens when someone drifts off to sleep — an appropriate title for a work marked by sudden jerks from wiry guitar rock to feedback-laden interludes scored by samples of old family recordings. The effect is hallucinatory and even disarming, dragging the mind along a fever dream between reality and the ethereal. With Hypnic Jerks, the Spirit of the Beehive proves it’s ready for stranger times ahead. $12-$15. 9 p.m.
— JVV

Sun., June 16
— CULTURE ABUSE, TONY MOLINA, DARE, SLOW FIRE PISTOL — The Drunken Unicorn
California’s psych-garage-rock scene has gotten a lot of attention over the past few years, and a lot of that attention has (rightfully) landed on guys like Ty Segall and White Fence’s Tim Presley, who like their music gnarled, grimy, and avant-garde. But there’s another side to this scene, where you’ll find the likes of Culture Abuse, a band of Bay Area dudes whose music is cleaner, more melodic, and threaded with classic rock vibes. The band’s most recent album, 2018’s Bay Dream, is like a sun-dappled ocean of pop-punk, with hook after hook rolling in, seemingly in perpetuity. $15-$18. 8 p.m.
— BS