An interview with Victor Griffin of Pistonhead 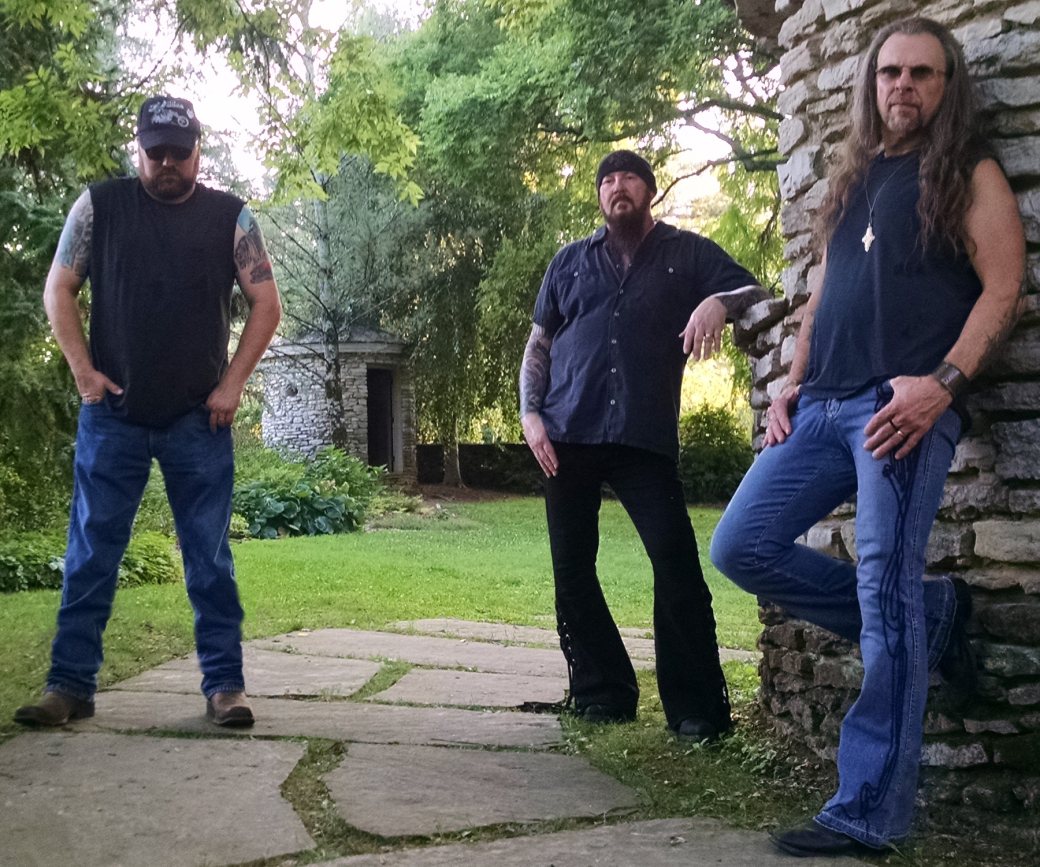 Pentagram co-founder and guitar player Victor Griffin marks the live debut of his new band Pistonhead at 529 on Fri., Aug. 23. On the heels of reissuing a collection of early demos, titled Late For An Early Grave, Griffin took a few minutes to reflect on his songwriting style and tightening up the Pistonhead material, most of which has never been played live.

VG: That is correct! Our first live show. We got on the bill a little late, I think another band was scheduled as well, but they canceled. Since it's our first show we decided to go ahead and do it, get out there and start playing.

Your most recent release, Late For an Early Grave, is a reissue that features songs you recorded with some of your other groups?

Late For An Early Grave originally came out in 2006 on Outlaw Recordings. I wrote all of these songs roughly between 1988 and 1993. They were just demos. Pentagram disbanded in the late ’80s and I moved to Los Angeles. While I was out there I started recording some of these demos. Then Pentagram got back together in ’93 and did an album called Be Forewarned.

A couple of these songs ended up on that album. Then a couple of songs ended up on my band Place of Skulls’ first album. In the meantime, these demos had just been kind of floating around. Outlaw Recordings got ahold of them and got in touch to release it as an album. I had never planned on releasing any of this stuff. It took a couple of years from the time he got in touch with me to put the whole package together. Then I got the demos mastered to put it out as kind of a solo album. Most of the material has never been performed live.

With this recent reissue on Stone Groove Records, I decided to put a band together to play these songs live. Lee Abney is playing bass, we've been friends since we were about 14 years-old. He was a co-founder of Death Row before Pentagram. He left that band and then we got back together in the ’90s and formed Place Of Skulls. Then we went on to do other things separately. Now we're together again. We've also got Andrew Bryant playing drums. He's a Knoxville guy who plays in another band called Wampus Cat. For the past several weeks we've been tightening up and getting ready for this first show. I'm doing lead vocals, those guys do some backup vocals.

How do the demo recordings sound? Did you preserve the rawness or did you clean them up?

We didn't really clean up anything. They’re pretty much as is, as they were recorded back in the early ‘90s. I took them into Sound Current Mastering here in Knoxville, so the volume levels from song to song are the same and everything is kind of leveled out.

The original release was done on vinyl, too. Right now we have CD reissues and we're working on getting the vinyl out by mid November. We reissued the CD and immediately everybody wanted vinyl! I'm always a little late for the new formats. It took me forever to go to cassettes from vinyl, and it took me forever to go from cassettes to CDs. And then when I finally got into that everybody was downloading music!

To me, downloading and streaming music is kind of cold. When I was heavily into collecting albums one of the coolest parts of the experience was taking an album home, putting it on, reading the credits, and looking at the cover and the lyrics and everything else while listening. I used to know who wrote what, who played what, and if there were any studio musicians on the song. These days it seems like people don’t even know which band members wrote which songs.

I remember being a teenager and connecting the dots — seeing the name Robo on a Misfits single and thinking, “Wait, is that the same guy who’s drumming in that Black Flag video?

Finding out things like that is cool, and you start to learn about the different producers and engineers and everything else that went into the recording.

Are the Late For An Early Grave demos the same songs that I found on Youtube — there’s a cover photo with a group of bikers trucking down the highway?

Those are the demos. They’ve been on Youtube for quite a while. I’m not sure who put those there.

When I first started listening to Pentagram, I picked up on this feeling that there is a lot of wide open space in those songs, which is pretty important to that group’s sound. I hear a lot of that in these Pistonhead demos as well.

Yeah, and that was not a conscious thing at all. I think it's just the way I write. I wrote the first couple of Pentagram albums — well, the Pentagram albums I've been on I've always written at least 50 percent of the material. When Pentagram broke up around ’88 or ’89, I continued writing songs. I wasn't specifically writing them thinking this one will be a Pentagram song and this will be a Place Of Skulls song. I write how I write. It transfers regardless of what the band is, and that’s my songwriting style. Of course, Bobby Liebling wrote half the songs on those Pentagram albums too. When Bobby and I met we had this chemistry right away. Our song writing worked really well together. We played well together and interacted well on stage. It was a natural chemistry that just kind of happens every once in a while.

Do you think of a band like Hawkwind as an influence on your songwriting?

I got really into Motorhead in the late ’70s, and Lemme was in Hawkwind, but I didn’t know about them at the time. I learned about Hawkwind several years after I had already been listening to Motorhead. This was back in the late ’70s, there wasn't a Youtube or an internet where I could go and find anything about anyone. That kind of knowledge came from other people, or from reading a blurb somewhere in a magazine or a fanzine or something like that.

I didn't learn about Hawkwind for quite a while, and I can't claim Hawkwind as a real influence, even though I like them a lot. Motorhead has a song called “Iron Horse.” Hawkwind had a version of that song too, and it's really bluesy sounding. There is a cover of “Iron Horse” on this Pistonhead thing. I took a little bit of the style Motorhead had with it, and a little bit of the style that Hawkwind had with it, and injected my own thing into it as well. That's one of the songs we’ll be doing live. You’re familiar with the song “The Pusher” by Steppenwolf?

I use the intro from “The Pusher” and play it up to where the vocals would start on the Steppenwolf version, but from there it transitions into “Iron Horse.” The timing for playing that song is kind of ironic now. “Iron Horse is a biker song, and “The Pusher” was used in the movie, Easy Rider, which is all kind of a nice homage after learning about the recent death of Peter Fonda. -CL-