The EAV establishment reflects on its journey so far 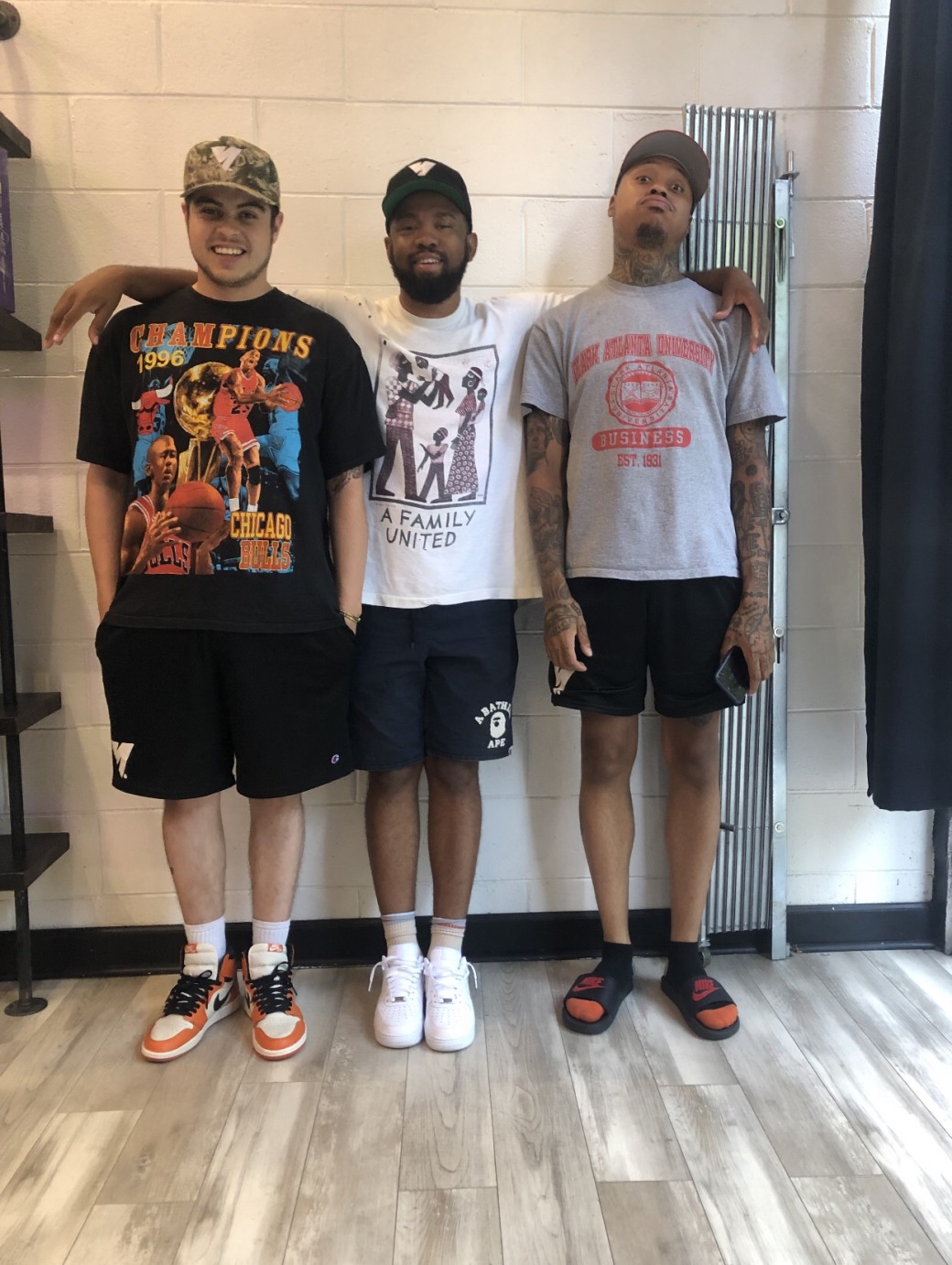 There is beauty in nostalgia. Many industries recognize this, and capitalize off of society’s innate desire to remember what once was. The film industry pumps billions of dollars into sequels and reboots of questionable quality, and fast fashion companies are mass producing cheap, screen-printed T-shirts with retro designs. Most companies are doing it without couth, but for Versus ATL, nostalgia isn’t a gimmick — it’s their culture. Their appreciation for the history behind sneakers and vintage threads has translated into a viable business, and now the shop is merely days away from its four-your anniversary.

Tucked across the street from the Earl, Versus is the epicenter of hip-hop and streetwear culture in East Atlanta Village. Founded by local entrepreneurs Leo and John, who have opted to keep their surnames private for this piece, as well as Tennessee reseller Danny Perez, the independent vintage shop boasts an impressive assortment of new and used sneakers, rare pieces, and throwback gear. Antique vhs and cassette tapes adorn its fixtures alongside figurines of pop-culture icons from Dennis Rodman to MC Hammer. Versus doesn't feel like typical a boutique, but it wasn't designed to.

“I believe in making people feel valued,” Leo says. “Our goal when we opened up the store was to make you feel as if you were shopping in your homie’s closet.”

That vibe was inspired by Leo’s experiences with John. John is credited with stumbling upon the name of the store, but his tendency to purchase and hold on to rare sneakers and garments made a major impact on it as well. His closet essentially became a shop for his friends.

“If any of the homies wanted some stuff they could come get it from me,” John says. “I wasn’t taxing them like that either. I would just ask for some kind of fair value or whatever I paid for it.”

Their personal approach combined with their genuine love for streetwear culture laid the groundwork, and on September 5, 2015, Leo, Danny and John welcomed patrons into their closet and opened the doors to Versus ATL. Since then, the team has welcomed local visitors and stars from across the country. This year alone, celebrities such as Young Nudy, Faizon, Travis Scott, and Shameik Moore have stopped by the shop, illustrating how deeply Versus has rooted itself in popular culture. Hip-hop has especially embraced it, and it was an organic development rather than a marketing strategy.

“Our second customer ever was Bankroll Fresh, R.I.P.,” John says. “So we literally started off with hip-hop roots.”

Danny agrees to that point and chops it up to the overall product in the shop, saying, “Also, the stuff we sold was very inspired by ‘90s hip-hop artists and what they were wearing. We like rock ‘n’ roll, technology and movie stuff too, but hip-hop definitely ties into what we do.”

Four years later, Versus has become a one-stop shop for performance and photoshoot wardrobe for rappers and hip-hop publications. The retro Charlotte Hornets jacket that J. Cole sported for this year's NBA All-Star game as well as the Martin hoodie that Cozz wore for the Dreamville XXL cover this spring were both supplied by Versus.

“That was big for the vintage community,” Danny says. “For us, it’s bigger than selling unique pieces. Everything on the racks tells a story.”

That Charlotte Hornets Starter jacket was priced at $75 and sat the entire winter at Versus. Believing that no one would purchase the jacket, the team eventually removed it from the floor and added it to their backstock. After working with J. Cole’s stylist for the XXL shoot, Versus was tapped for the Allstar game, and that same jacket was chosen for Cole’s halftime performance. The once $75 jacket was now resurfacing online for upwards of $300, but in a way it was priceless for some people. Another layer of sentimental value latched onto it, and the jacket was immortalized, much like many other garments found at Versus.

“Shout out to everyone that didn’t buy that jacket!” Leo says. “But really, these pieces are history, and they can mean something to anyone, whether it’s a Tweety Bird shirt, a Freaknik shirt or a Late Registration shirt. These aren’t remakes. These are the original pieces.”

Versus ATL turns 4 years old on September 5, but the EAV staple celebrates its four-year anniversary on Labor Day. Amidst its success, talks of a new location and exciting events are brewing, but for now, the team reflects on its journey and appreciates all of its achievements.