Coro Vocati's ‘Can You Hear Me?’

Giving voice to the oppressed and marginalized 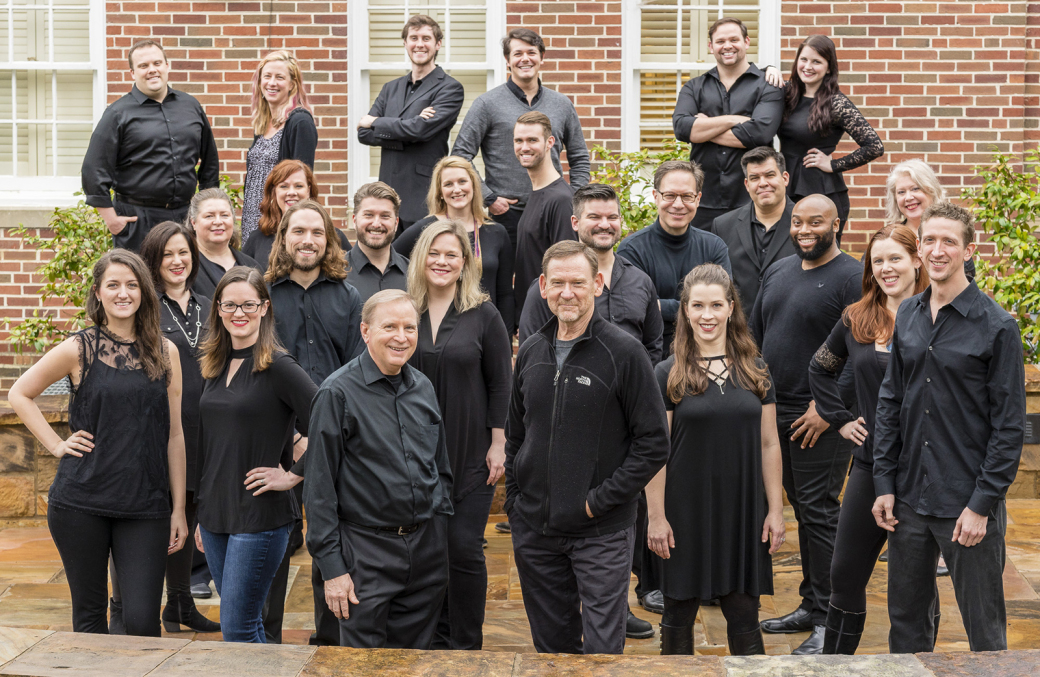 Music is less of a profession than it is a calling — at least from the perspective of John Dickson, artistic director of Coro Vocati, an Atlanta-based chorus of professional singers. No surprise, then, at the group's choice of name: “Coro Vocati” translates from the Latin as “choir of the called.”

“When I first came up with the name Coro Vocati,” says Dickson, “it was not the specific Latin words but the meaning behind them. I would hope that all of us as artists got into this business of music because there was a certain 'calling' to it. I don't think anybody just starts out and decides they're going to be a professional musician, but somewhere along the way (there's) a broadly spiritual, mystical kind of connection that I think most good musicians can point to. But yeah, we feel a calling to our art, to be the best we can be, and also to present art that can transform both us and the audiences that hear us, (that) demands that we reach out with an intent to inspire.”

Coro Vocati launches its 10th anniversary season this weekend with “Can You Hear Me?” a program of choral music not just from diverse cultures around the world, but music representing different kinds of oppressed or marginalized voices. Dickson offers some insight into how that particular programming focus came about.

“There's no question that the arts culture in our country is changing,” he says. “My generation of concertgoers were conditioned primarily to enjoy the three to four hundred years of the Western canon written mostly by dead white guys. That was what we grew up on in classical music, from Bach to Beethoven to Brahms to Bruckner. What we see now, partly (due to) the globalization of everything, not just the arts, is an amazing repertoire available now that in my generation of schooling we never knew existed. We're in a significant sea change, all of us in the arts, where we are trying to embrace a lot of the new sounds, new repertoire.”

“What I've seen is this confluence of global musical cultures,” Dickson adds, “and also this voice that is being embraced in the choral world about social justice and issues that are becoming much more frequent in programming. We want to let our music speak for the good on these issues. It's also, in part, something fresh, something that we hope would attract a new audience.”

At the end of June, Coro Vocati was the first professional chorus in Georgia to perform the critically-acclaimed “Considering Matthew Shepard” by Craig Hella Johnson. The 100-minute oratorio draws heavily upon popular music styles to forge a compelling and unyielding artistic response to what was one of the nation's most notorious anti-gay hate crimes. The concert coincided with the 50th anniversary of the Stonewall Riots, and Coro Vocati performed the work to a sold-out audience.

“When we did ‘Considering Matthew Shepard,’ which was way out of our wheelhouse as classical musicians,” says Dickson, “over 800 people showed up for that concert as opposed to the 150 that maybe come to one of our regular choral concerts on a good night. We saw the power of that kind of message.”

Over the previous decade, Coro Vocati had made its artistic mark with hardcore traditional classical choral repertoire. So “Considering Matthew Shepard” was a departure from their normal path. Dickson describes that move and the upcoming “Can You Hear Me?” concert as “not a radical change, but a radical adjustment” to the group's programming.

“We know who we are,” he says of Coro Vocati. “We are primarily professional singers and musicians that have been trained in the world of classical music. We don't apologize for that. That was our first love. We don't ever want to ever give up on that.” But Dickson estimates that out of the more than 800 people who showed up for “Considering Matthew Shepard,” as many as 600 had probably never heard Coro Vocati before. And the turnout had an impact on Dickson's thoughts about what to do for the first concert of the new season, in pragmatic as well as artistic ways.

“If we get even a couple hundred there for this next fall concert, and the first concert they hear is a Bach motet, Brahms, and some Heinrich Schütz,” he says, “it may be such a stark transition that we have them for one concert, and that's all. My thought was (that) doing a concert of world music would be a kind of bridge between the populist culture they heard in ‘Considering Matthew Shepard” and classical music; then add to that a thematic focus toward the disenfranchised, those who have no voice.”

Most of the music for “Can You Hear Me” comes from folk traditions around the world: Estonia, Ecuador, and the indigenous Rukai tribe of Taiwan, to name a few. And while the theme is serious, Dickson makes clear that the character of the concert is not heavy, dark, or oppressive. Included are both songs born of suffering and songs of hope and joy in spite of suffering. The balance leans more toward the latter. And the program is not necessarily defined by ethnicity. One piece involves sign language, a language of silence, that Dickson calls “a different take on voiceless people.”

The concert will also include the Atlanta premiere of a new composition by Jake Runestad entitled “A Silence Haunts Me,” which incorporates words from the Heiligenstadt Testament, a letter that Beethoven wrote to his brother when he was going deaf — a reminder that those marginalized with a physical affliction may still be Promethean in their gifts to humanity.