Paranormal activity at the Wren’s Nest? 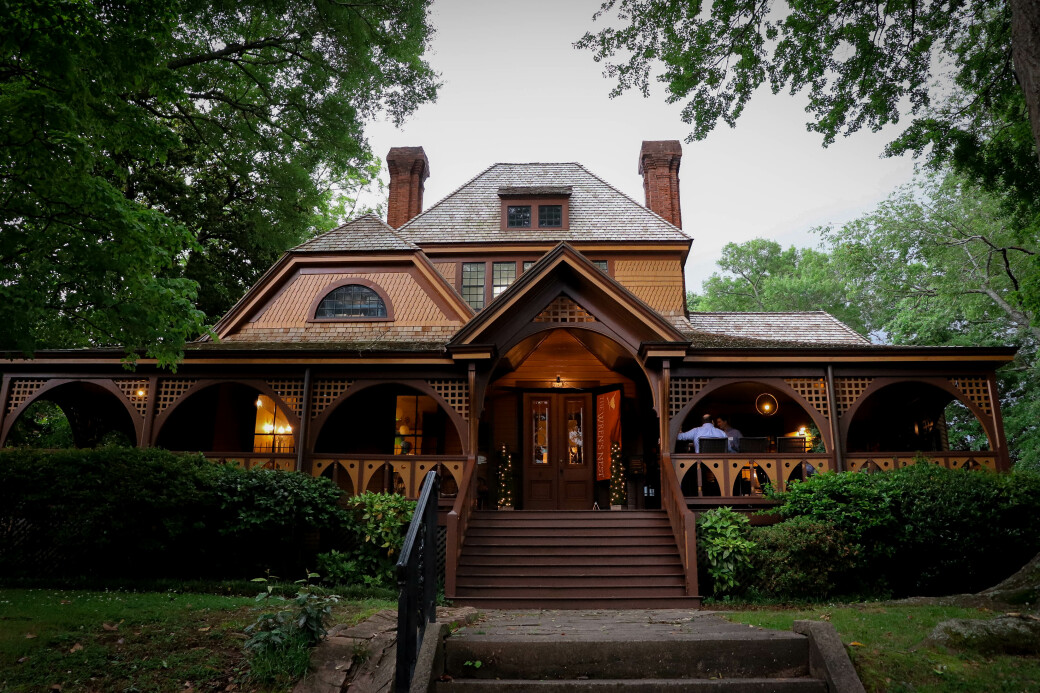 The Wren’s Nest, a stately Queen Anne-style house nestled in Atlanta’s historic West End, has remained a constant amid the neighborhood’s ever-changing landscape. A true relic of the past, the two-story building has stood for almost 150 years, and once housed the family of famous folk writer and journalist Joel Chandler Harris. Due to the building’s rich history and cultural significance, the Wren’s Nest has been declared a National Historic Landmark as well as a historic house museum. The spot is a popular one for both history buffs and school field trips, though guided tours and antiques might not be the only remnants of the past that linger in the well-preserved home. According to some, the house has earned a reputation for being haunted by its former inhabitants, and many guests claim to have felt presences of otherworldly beings or seen specters themselves. Given the house’s age and storied past it is hard to think of a more fitting haunt for ghosts.

Constructed around 1870, the Wren’s Nest was first home to Atlanta entrepreneur and businessman George Muse and his family of seven. At the time the house consisted of just two rooms. Muse went on to found the George Muse Clothing Company, once one of the largest stores in the Southeast. The department store remained a fixture of Downtown Atlanta until it shuttered its doors in the early 1990s. The store’s iconic neon sign can still be seen at the intersection of Peachtree and Walton streets.

However, the Wren’s Nest can attribute most of its fame, and ghosts, to the Harris family. Joel Chandler Harris moved his family into the Wren’s Nest around a decade later, expanding the house to its current size and a more Victorian model. Harris was an associate editor at the Atlanta Constitution, but was perhaps best known for his adaption of the historically black Uncle Remus stories, which includes “Br’er Rabbit.” Harris lived in the house with his wife Mary Esther and their nine children, only six of whom survived to adulthood, until his death in 1908. The Wren’s Nest was made into a museum shortly afterwards in 1913, but some say the spirit of Harris has yet to leave his old home.

Reports of paranormal activity at the Wren’s Nest began in the early aughts. The estate’s executive director at the time, Lain Shakespeare, himself a descendant of Joel Chandler Harris, invited members of the Southeastern Institute of Paranormal Research to conduct a paranormal investigation at the house. Since then, unexplained noises have been heard on audio clips, unidentified figures have reportedly been seen roaming the halls, and objects have teleported or stopped working on the property. Despite these encounters, the Wren’s Nest’s current executive director Melissa Swindell remains unconvinced.

“I don’t know. I’m a little skeptical. There are things I can’t explain, but I want to be able to think through them logically,” says Swindell when asked about the haunting. “We’ve had some paranormal experts come in, and they’ll play back recordings. There are sounds I can’t identify or people’s voices that weren’t in the group. I can’t explain it, but at the same time I haven’t heard anything outside of the recordings.”

One of these hard-to-explain incidents occurred after Swindell attempted to relocate Harris’ old typewriter. The Wren’s Nest decided to put the typewriter on loan to a communal workspace in a historic building on Auburn Avenue, a cause and location that seemed suitable for the antique. Unfortunately it seems Harris disagreed, as Swindell recalls her car completely and inexplicably shutting down as she exited the property’s threshold. “Maybe Harris was like, ‘Don’t take my typewriter away,’” laughs Swindell. “He’s since been okay with it. We’ve moved past it. The typewriter is on loan now.”

Despite Swindell’s skepticism, stories and sightings of unexplainable phenomenon have earned the house quite a reputation with ghost enthusiasts. So much so that the Southeastern Institute of Paranormal Research launched a month-long paranormal investigation in February 2019. Several members of this team were a part of the same group that visited the house when Lain Shakespeare was director. The investigations were led by members of the institute, who utilized classic ghost-hunting gear, including digital voice recorders, infrared cameras, EMF meters, temperature sensors, and an ITC (instrumental trans-communication) device affectionately named ‘Boo Bear,’ to gather evidence on the house’s alleged otherworldly residents. The team’s investigation was conducted in four parts and took place on the property after dark.

The investigation yielded evidence that there is some sort of paranormal activity taking place at the Wren’s Nest. A loud unidentifiable banging can be heard in the basement upon playback of the team’s audio. The sound’s source is unclear, and the noise could not be heard during the investigation. The phantom scent of burning candle wax could be smelled by some in the house’s library. A group of investigators reported communication with a spirit by way of a flashlight turning on and off on command. A knocking sound was also produced from some unknown spot in the house, and seemed to be repeated upon request. Eerie whispers were heard upon audio playback, saying things like “That’s crazy,” “… here?” and “now.” Unintelligible voices could also be heard in the recordings. All of the collected evidence and experiences throughout the investigation were deemed conclusive enough for the Southeastern Institute of Paranormal Research to issue a statement, which declares in part:

However, perhaps the most frightening pieces of evidence are the alleged ghost sightings.

It’s not only members of paranormal teams who claim to have seen or sensed ghosts at the Wren’s Nest. With some frequency, guests report encounters with the otherworldly, some claiming to feel strange, lingering energy and others seeing full-bodied apparitions. No one has officially ID’d any of the spirits, but using historical context and physical descriptions, the staff and investigative team can make some guesses to the identity of the ghosts who haunt the grounds.

Perhaps the most famous are the ghosts of two young boys who are frequently seen playing on the stairs and in the yard. The children appear to be around three and five years old and seem perfectly content spending their afterlife playing in their former home. Harris’ grandchildren, Pierre and Charles, who died on the property in infancy, seem to offer the most likely clues to the identity of these ghosts.

A portly spirit can be seen in Joel Chandler Harris’ rocking chair, leading many to believe it is the ghost of Harris himself. A tall, thin, well-dressed man in period-appropriate clothing has also been seen standing in Joel Chandler Harris’ bedroom as well as the dining room. Sensitives claim the ghost is something of a homebody who has a large presence in the house. This specter is probably Harris’ son Evelyn, who matches the spirit’s physical description and was known for his closeness with his mother, staying inside the house and helping with chores while the other boys played.

A woman can be seen peeking through curtains between the library and the parlor, taking particular interest in the paranormal investigations. Witnesses have claimed the ghost’s visage matches a former worker at the house named Chloe, recognizing her from a framed photo prominently displayed in the home. The ghost is apparently very interested in the living and, according to paranormal sensitives, has no idea she is dead.

Though the alleged hauntings may frighten some, the Wren’s Nest embraces the potentially paranormal activity. “To me, it makes history relevant and makes history come alive, pun not intended, for people who don’t typically engage with history,” says Swindell. “We’ve seen a lot of new visitors and new people to the Wren’s Nest since doing this, and a lot of them have this immediate childhood connection when they find out that this is where the Br’er Rabbit stories have come from. So once they know that, then we are engaged in a historical conversation with them.”

It is also worth mentioning that none of the ghosts who allegedly occupy the house are violent, nor do they omit negative energy. “When the Southeastern Institute of Paranormal Research came in and said there were ghosts, I just figured, well, they aren’t bothering me so I guess we’ll be alright,” Swindell says.

Go to wrensnest.org if you wish to learn more, visit, or donate to the Wren’s Nest.