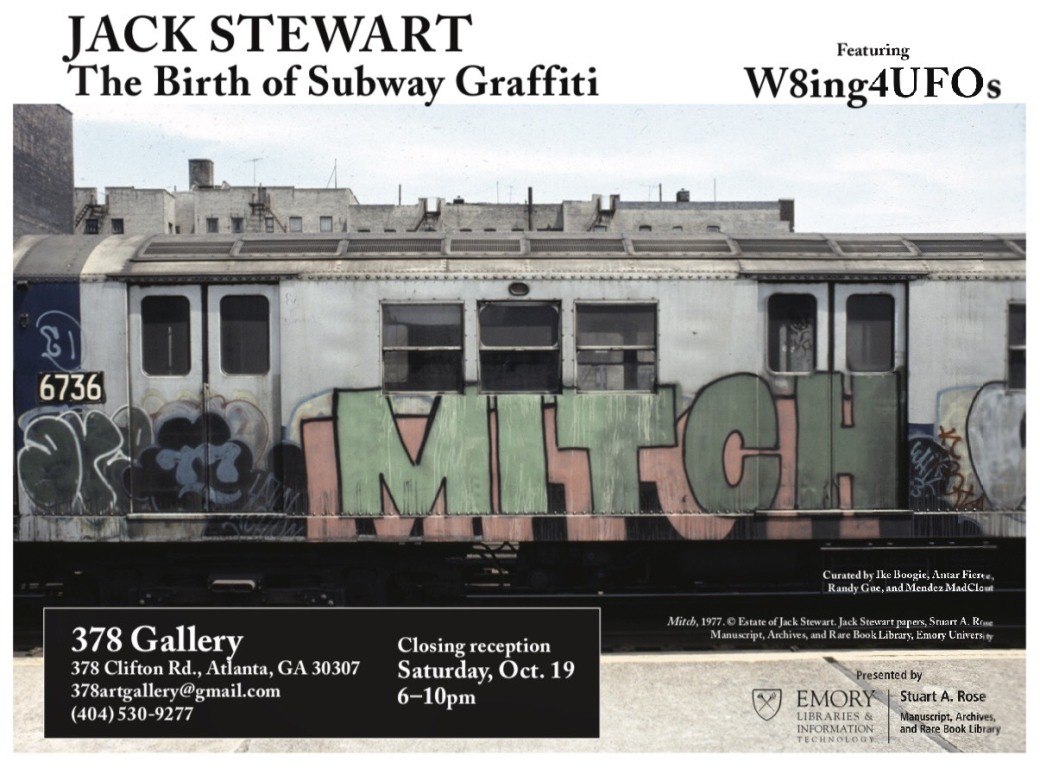 Jack Stewart: The Birth of Graffiti Art, is an exhibition of never-before-shown photographs by an Atlanta artist who fought under General George Patton in World War Two and documented the early years of graffiti writing and painting on subway cars in New York City.

The exhibition at 378 in Candler Park, on Clifton Road behind Flying Biscuit, runs through Saturday, October 19. A closing party Saturday evening, which is free and open to the public, will feature music by W8ing4UFOs.

The discussion covers the historical importance of Stewart's photographs, his PhD dissertation on graffiti art is "the Bible" on the subject, and the origins and stylistic development of graffiti, which in the late 1970s and early '80s made the leap from subway cars to major galleries in Europe and America, as well as to the streets of Atlanta, Fay Gold Gallery and 688.