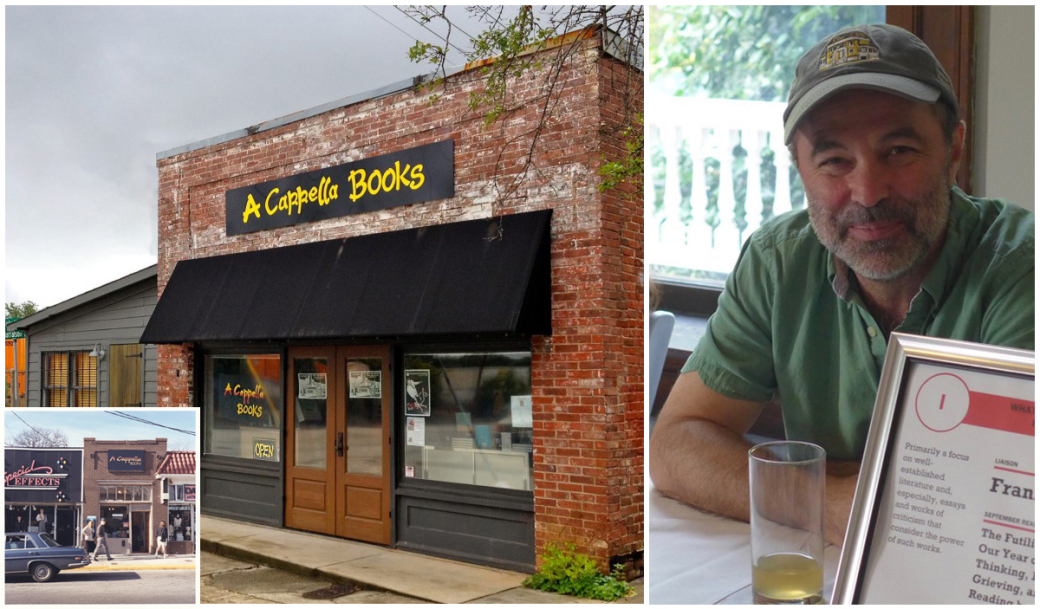 It’s an extraordinarily good thing when good people come together to celebrate a good business by presenting good music while raising money for a good cause. That’s the formula for the concert sponsored by A Cappella Books marking 30 years of continuous operation as Atlanta’s hippest independent book store.

Headlining the concert at the Variety Playhouse on Monday, December 16, is Cat Power, performing a rare solo set. The nom du art of singer-songwriter Chan Marshall, Cat Power has been beguiling listeners with her distinctly breathy, Southern-fried voice and oddly irresistible, melancholic songs since the 1980s when she was living in thoroughly un-gentrified Cabbagetown. Sharing the special A Cappella bill with Cat Power are W8ing4UFOs and FLAP, whose roots also extend through the same deep local underground as Cat Power.

Proceeds from concert ticket sales will benefit Common Good Atlanta (CGA), a nonprofit co-founded in 2008 by Sarah Higinbotham and Bill Taft. CGA offers accredited and non-accredited college courses in three Georgia prisons. To date, more than 250 incarcerated men and women have taken one or more CGA courses. In October, the organization was honored with a 2019 Governor’s Award for the Arts and Humanities. (For more information about CGA, see the “College Behind Bars” feature also in this issue.)

When asked to expound on the concept behind the benefit concert, A Cappella Books founder and owner Frank Reiss replies, “We had a 25th-anniversary celebration, which was really wonderful, but it felt a little self-indulgent. I pledged that, if we were still around for our 30th, we would do something focused on the community, since the community has been so supportive of us.” 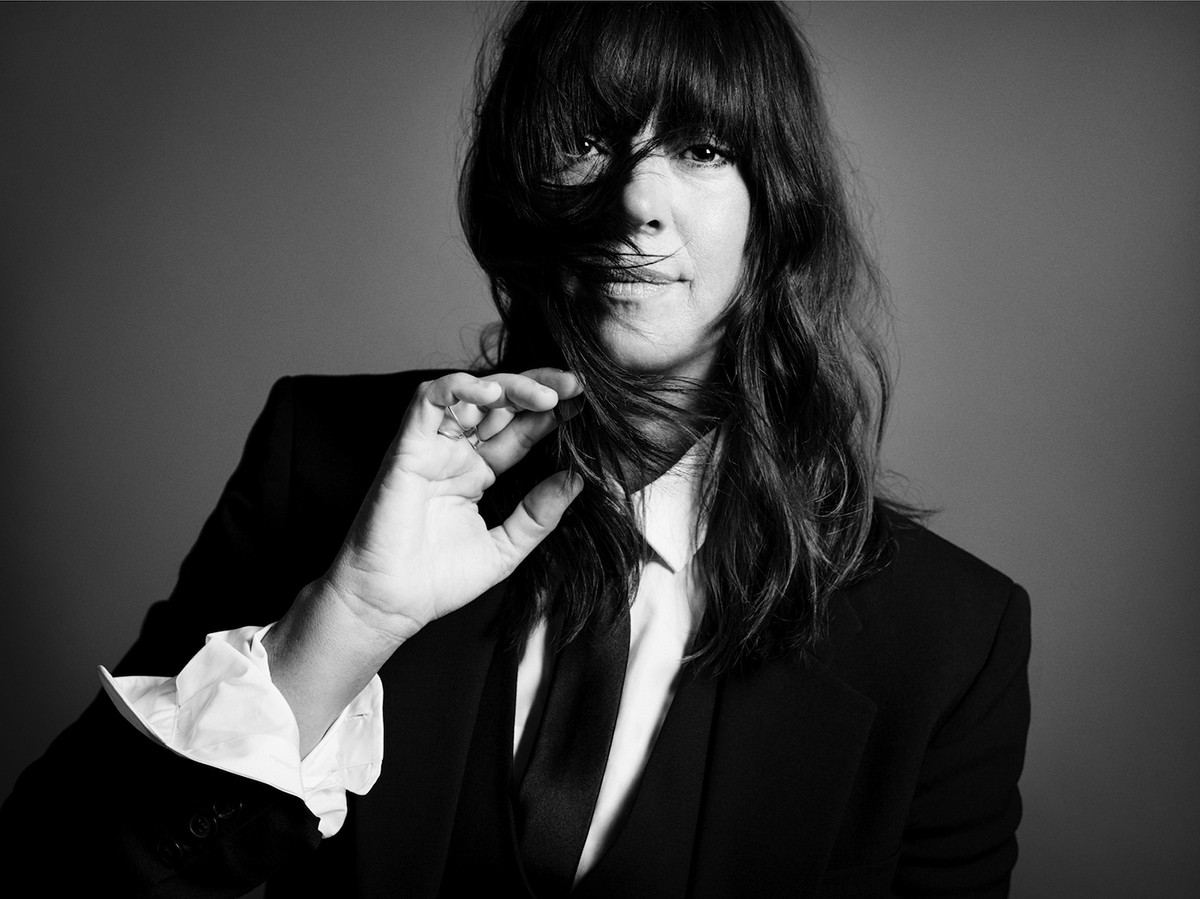 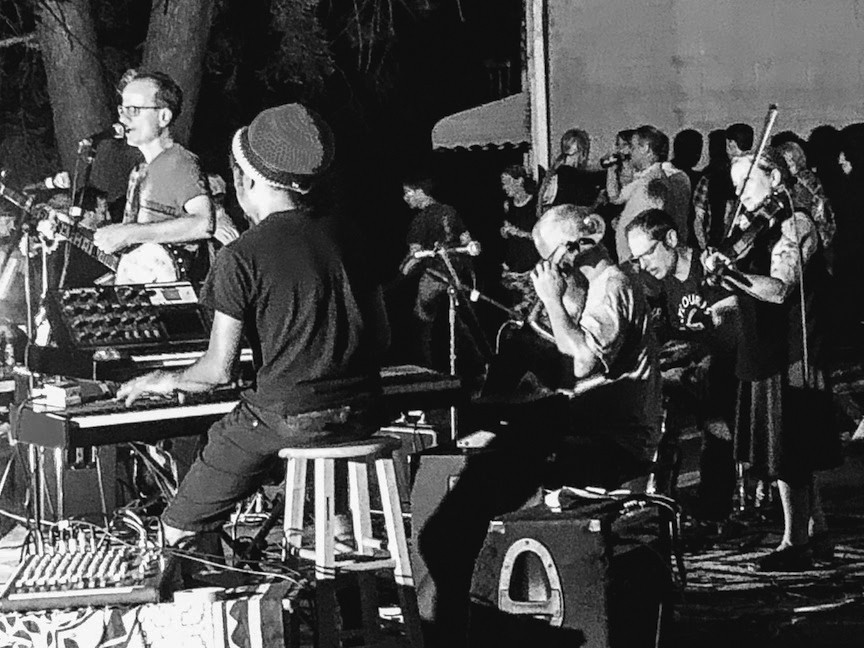 FOR THE COMMON GOOD: W8ing4UFOs, led by Bill Taft (left, at the microphone), will share the stage with longtime friends Cat Power and FLAP at the Variety Playhouse. Photo credit: Susan Wells Parham 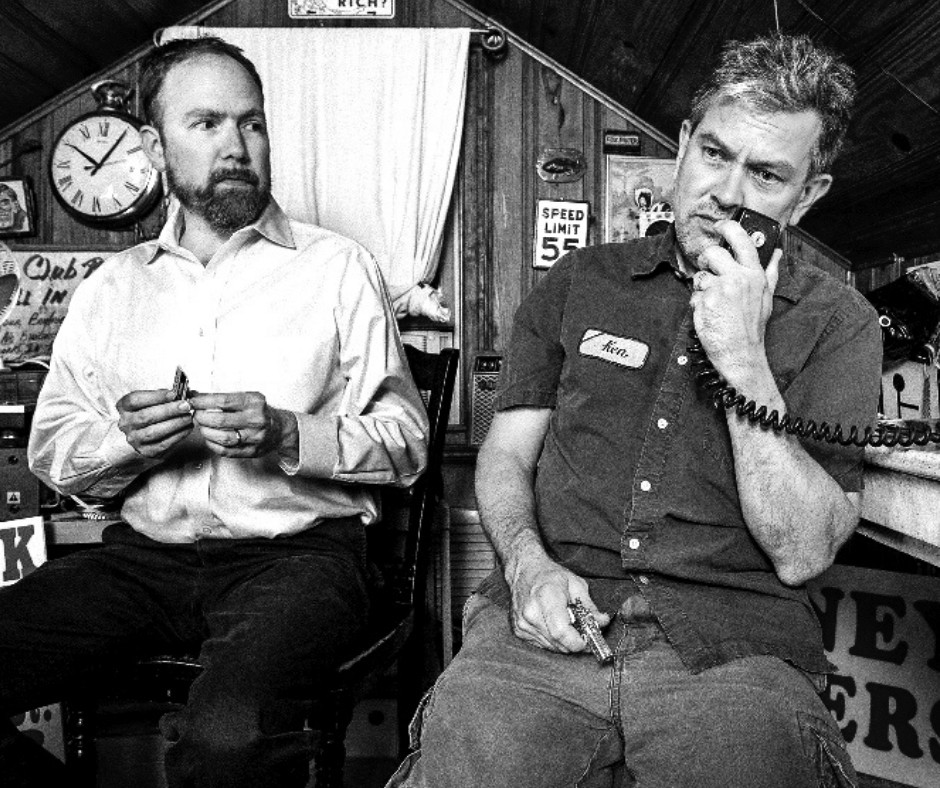 In 1989, when A Cappella Books opened in its original Little Five Points location on Euclid Avenue, the internet was not yet a global shopping destination. Independent book stores, such as Oxford Books and Chapter 11, were around, but most of those eventually succumbed to competition from online outlets and behemoth retailers, such as Barnes & Noble and Borders. A few — Charis, Tall Tales, Eagle Eye, and others — forged on, but also felt the impact of a changing marketplace.

Now in its third location in roughly the same neighborhood (technically, Inman Park), A Cappella Books caters to the sharper end of the book-reading spectrum. The 1,500-square-foot store carries collectible first editions and out-of-print books, as well as shelves of carefully curated new and used books from authors known and obscure, on subjects popular and esoteric. A sizable portion of the store’s sales stem from special events, such as in-store book signings and author presentations at venues including the Jimmy Carter Presidential Library and Wrecking Bar Brew Pub.

At three decades and counting, A Cappella stands as a testament to Reiss’ now seasoned business savvy and commitment to the cause of serious literature. “I just haven’t known anything else to do through the tough times other than to keep on keeping on,” he says. “I started selling books when I was 21, so it really is all I know.”

The trajectory of A Cappella Books has always included a musical component. Author-musicians are regularly feted, some by Creative Loafing’s own longtime music writer Chad Radford as part of the Writers at the Wrecking Bar series. In past years the store has hosted performances by numerous local musicians including FLAP and various group ventures led by Taft, who also sings and plays guitar with W8ing4UFOs, a band he founded after fronting several Cabbagetown-based aggregations.

“Bill has been a central part of the music scene since before I opened A Cappella,” Reiss says. “I’ve also been following his work with CGA and always wanted to do something with the organization. Since Chan holds such strong affection for Bill and the other musicians, we figured getting her to come back home for this benefit would make for an ideal lineup.”

In an email exchange, Marshall admits that performing in Atlanta, where she spent her formative years as a musician before moving to New York and ascending to the upper realm of indie-rock stardom, induces mixed emotions.

“Playing hometown shows always brings heavy tides of a million memories, especially playing without our friends we have lost along the way,” she writes. “The magic is that we get to be together again, to share time again, as friends and as creatives, just like we did in the old days.”

During the mid-1980s, which is generally acknowledged as the beginning of a “golden age” of independent and experimental music making in Atlanta, Marshall shared a small, ramshackle house in Cabbagetown with Robert Hayes. Hayes was the bassist for The Jody Grind, the legendary alt-jazz-rock-lounge combo founded by Taft, which included vocalist Kelly Hogan (who will be performing at the Vista Room in January with W8ing4UFOs), and Rob Clayton, who replaced the band’s original drummer, Walter Brewer. Back in the day, as often as possible, The Jody Grind gigs opened with a performance by the “mad poet of Ponce de Leon,” Deacon Lunchbox (Tim Ruttenber).

On Easter Sunday in 1992, Hayes, Clayton, and Ruttenber were heading back to Atlanta from a concert in Florida when a drunk driver plowed head-on into their vehicle, killing all three men. In the aftermath of the tragedy Taft and Hogan formed Kick Me, which became a trio when drummer Alan Page sat in. In February 1994, Page was found in his parked car on Wylie Street in Cabbagetown where he died from a heroin overdose.

During the ensuing years, the music community continued to lose key figures associated with the same era to the ravages of unbridled self-medication. Benjamin, the stage moniker of Robert Dickerson, singer, lyricist, drag queen, and founding member of the Opal Foxx Quartet and Smoke — which included Taft, W8ing4UFOs cellist Brian Halloran and drummer Will Fratesi, plus guitarist Coleman Lewis — passed away from liver failure in 1999. Lewis, who also accompanied Cat Power, died of an overdose in 2014.

“Doing this concert in the name of something good, which needs support, makes it very special, especially so close to the holidays,” says Marshall.

With similar nostalgic affection, FLAP guitarist Matt Miller recalls the heyday of the 1980s/’90s. One of FLAP’s earliest gigs was at the Mudd Shack, the alias for Tortillas, a tiny burrito stand on Ponce de Leon Avenue. On select Saturdays at midnight, after the restaurant closed, the Mudd Shack became a staging platform for the blossoming bohemian subculture. Poetry readings, indie films, music, and performances by the edgiest artists and bands in town were the regular fare.

“When we started playing the Mudd Shack as teenagers, we were warmly welcomed by some of the older and more established musicians and performers in the scene,” Miller says. “People like Deacon and Bill Taft set the tone, which was characterized by friendliness, humility, and generosity rather than exclusivity or snobbishness. Looking back on it, it was a very nurturing and collaborative environment in which we could pursue our idiosyncratic musical vision without worrying too much about interpersonal politics or drama.”

Imagine: A nurturing environment distinguished by a welcoming, inclusive spirit, largely devoid of overt rancor, unnecessary drama, and one-upsmanship. Those were the days, my friends, which most of us knew would eventually end. Regardless, come celebrate good times gone by at the A Cappella Books 30th Anniversary Concert benefitting Common Good Atlanta on December 16. -CL-