Catching up with Jeff Crompton, and more local music happenings 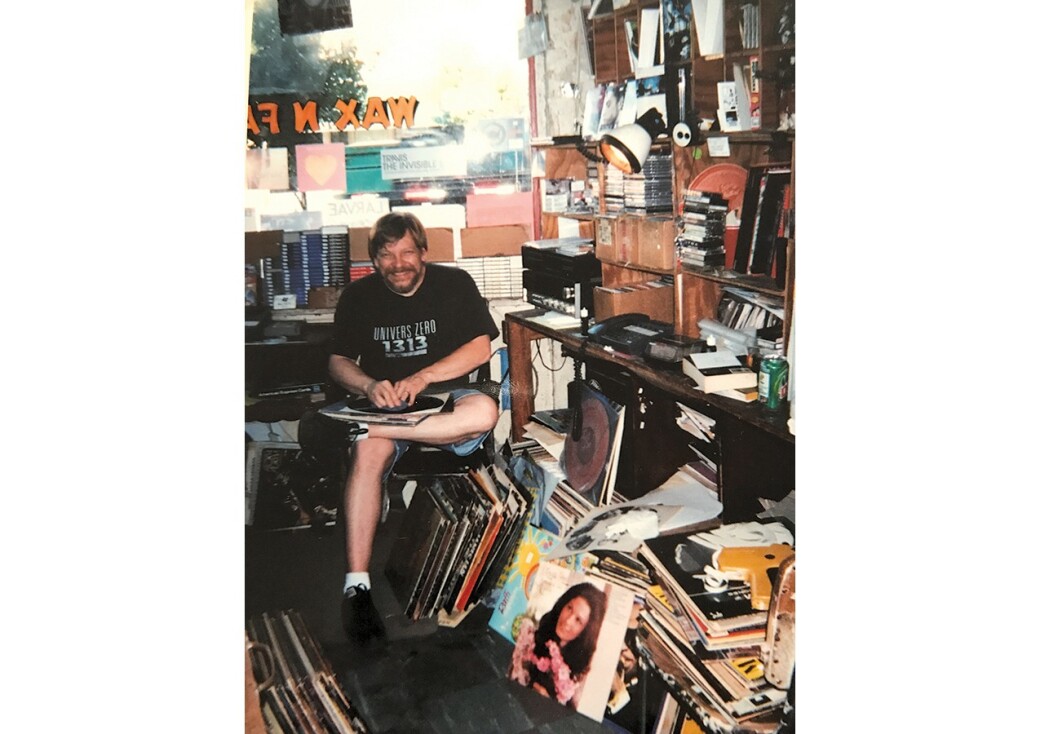 Musicians and friends of Milton Jones recently gathered at The First Existentialist Congregation of Atlanta in Candler Park to celebrate Jones’ impact on the local music scene. Jones, the driving force behind Atlanta’s Euphonics Productions, a non-profit, world-music promotion company, passed away on November 11 at the age of 62. And while his activity with the local music scene had slowed down over the last several years, his influence and legacy was felt on December 14, when a stable of artists, including Roger Ruzow, Ana Balka, Scott Burland, Jamie Shepherd, Chris White, Jeff Crompton, and more played in his honor.

From January of 1998 through December of 2007, Jones and his Euphonics Productions partners Karen Murphy and Victoria and Greg Nicholson began booking a steady flow of traveling world, avant-garde, jazz, noise, post-rock, and otherwise outsider musical acts that Atlanta may have never seen or heard otherwise. It all started with Najoum Eddiwan, an Algerian Gnawan ensemble that Euphonics booked to play at the First Existentialist Congregation — a group they learned about while talking to a server at an Indian restaurant in Virginia-Highland.

With shows taking place in such disparate venues as Earth Shaking Music (when it was still in the East Atlanta Village), Variety Playhouse, and the now defunct Echo Lounge, Euphonics handled the business of booking challenging music with a punk rock ethos. Money was tight — jazz, noise, and the avant-garde aren’t generally known for selling a lot of beer at the bar, so inventive booking policies were in order. Still, the group stuck to its vision and taste, and developed a singular identity within the music scene.

“Milton did everything,” Victoria Nicholson says. “He wrote the emails, promoted on WREK, found the bands, and talked to everyone. We were D.I.Y, we learned as we went. We paid the bands as much as we could, we were super strict about that,” she adds. “It’s why I ran the door at the shows. My job was to say ‘no,’ and there was no guest list, as we had no other money coming in. Grants were great when we got them, as they paid for airfare and hotels. But it was the people in the community who really helped: Variety Playhouse helped with costs, Eyedrum provided a space, helped get grants and taught us stuff, and Richard Devine even played for free one time, just to help promote a show.”

In time, Greg Nicholson parted ways with Euphonics, and was replaced by Jeff Bradley. Both Bradley and Jones played together in the improv rock outfit GFE, whose name has been said to stand for everything from Granola Free Explosion and Girlfriend Experience to Gruppe Freie Elektronische. The group’s name was an inside joke that started between Jones and his Wax ’n’ Facts Records co-worker, guitarist, drummer, DJ, and songwriter Mathis Hunter.

“At the time, I was playing in a band called Good Friday Experiment, and Milton found out there was a band in Asheville called Granola Funk Express, so he asked ‘What is it with these three letters?’ He ran with it, and wanted the group’s name to change every time they played,” Hunter says. “Milton was certainly an influence on me,” he adds. “Working with him at Wax’ n’ Facts was like going to school. I was learning all of the classic records that I needed to know to DJ. He guided me toward good music in a time before you could go online and find everything, and people like that are really important in life, especially for people who are deeply affected by music.”

In other music news, alto sax man, composer, and former public school music teacher Jeff Crompton announced that he, along with the rest of the Edgewood Sax Trio — Ben Davis (tenor) and Bill Nittler (baritone) — will perform with avant-garde absurdist Reverend Fred Lane and his Disheveled Monkeybiters at this year’s Big Ears Festival March 26-29 in Knoxville, Tennessee.

Lane is the Tuscaloosa-bred, Chattanooga-based Southern provocateur, who is the subject of a documentary film titled Icepick To The Moon. The film, which premiered at the Chattanooga Film Festival in 2018, takes its name from Lane’s recently released album, which was 31 years in the making.

For a preview for what’s in store for Big Ears, on January 31, Crompton is traveling to Birmingham, Alabama, to play with Reverend Fred Lane and His Disheveled Monkeybiters at Saturn. It’s Lane’s first publicized performance since 1976.

Still reeling from the release of his latest, and perhaps most world-weary and politically-charged song suite, titled Shooter, Crompton recently stopped by CL’s Short Notice Studio. In a podcast interview, Crompton revealed that in June he will also lead a concert performance of his first opera, titled Buddy Bolden, at the First Existentialist Congregation. It won’t be a full-costumed staging, but a run through the music.

Crompton also talked about finishing up work on a new Sataraš Quartet album, titled Errors and Omissions, which is slated for a February release. And last but not least, he has a new album in the works with the Edgewood Saxophone Trio. Songs for the follow-up to 2014’s Snake Nation are well underway, although, as he says, the album is less than half finished at this point.

Until then, keep an eye and an ear out for some duet shows with cellist Ben Shirley to be announced soon.

In December, The Bakery announced that it was expanding into a new temporary space in Downtown Atlanta. The New Square building is a 10,000-square-foot former retail space that Bakery co-founder Willow Goldstein and a team of artists are transforming into an immersive art experience that brings Atlanta's diverse cultural underground aesthetics — music, art, workshops, and community initiatives — to a new audience. The New Square location is slated to open in February 2020, and activations are already underway.

Goth-glam five-piece Material Girls recently sent off their next album to be mastered, with hopes for an April release date. No title has been announced yet. In the meantime, the group has a new non-album single in the works, which will be released as a split 7-inch with Montreal’s dance-punk trio Victime. The Material Girls song is titled “Patience.”