HIGH FREQUENCIES: Being there and back again

Vic Varney, an early mainstay of the Athens music scene,  discusses that, while he may have been absent from performing, he has continued to write and record new songs. 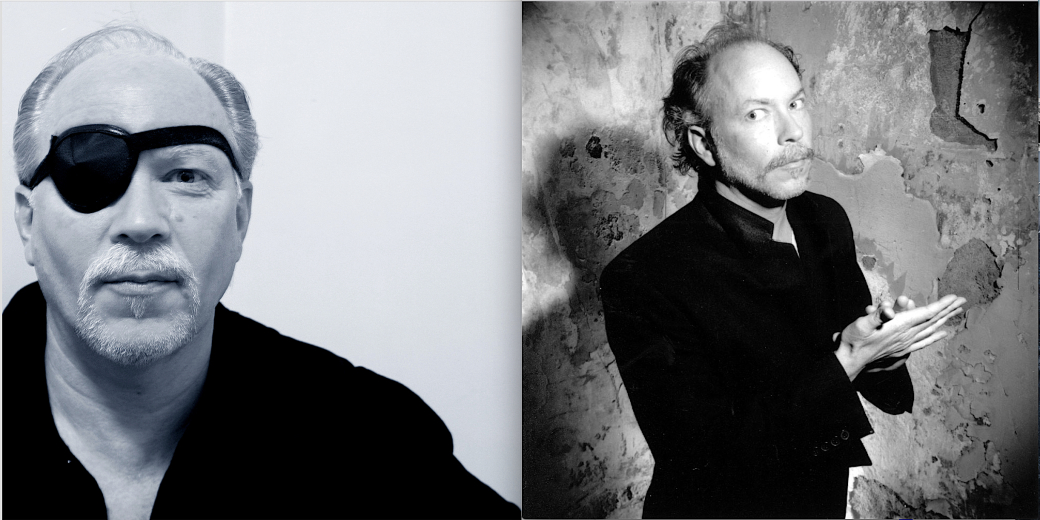 In the late '70s/early 1980s, it was common to get a phone call or a letter from Vic Varney, letting me know when his band the Method Actors would be playing in town, whether at 688 or the Agora Ballroom. Of course, calling the Method Actors a band, back then, was stretching the term. Bands were made up of at least three, usually four or more musicians. When the Method Actors took the stage, it was Varney on guitar and vocals, with David Gamble on drums and vocals. They didn’t need anyone else. The songwriting was tight, the performances angular shots to the head and heart. If the Athens music scene from which they came — The B-52’s, Pylon, Love Tractor, etc. — was changing the way we heard music, the Method Actors were turning the very concept of what it meant to be a band on its head.

At the time, the Method Actors seemed destined for “greater things,” as it is said, but perhaps the greatest thing they did was exist at all. The four years they were together, whether as the original duo, or later as a three- and then four-piece band, seemed like it would go on forever. Then, as quickly as the Method Actors emerged, they disappeared.

Getting an email from Vic Varney, telling me he would be playing a show in Atlanta Saturday, March 14, was a surprise, to say the least. It’s been 25 years since he’s played this city, by his count. If you were to ask me, it seems like two or three lifetimes ago.

What has Varney been doing in the interim? Apparently, writing and recording songs as he always has. He explains it best.

Vic Varney: It’s the Method Actors. I've always used a lower case t for all 'the' bands, including the Beatles. Whether that's correct or not in all cases to me is irrelevant, simply because I like the idea of a definite article being definite enough without having to draw any more attention to itself.

Tony Paris: The Method Actors were very much a part of the Athens scene, yet the band also seemed to be very much unto itself.

Vic Varney: I totally, happily, sadly, realistically agree. This is a point that seems to have been lost on most from Day One, and I can totally see why. First, my deep involvement with Pylon; that shaded a certain perception. I was very much part of the inner sanctum of a wonderfully edgy, niche-y scene, which, although I shamelessly promoted it (and self-promoted), I was destined to part from pretty early.

The Method Actors were an entity very much unto itself because, at the risk of sounding horribly self-aggrandizing, David and I were totally anomalous entities unto ourselves. If anything, we sort of backed into being in the right place at exactly the right time but, for better or for worse, were never really of a piece with that scene. The fact is, in 1980 and 1981 we were out of Athens more than in it, and much of that time was spent in England.

Having spent my life paying for that — not really fitting in — I feel that I can talk about it pretty objectively. And let me rush to point out that I'm not saying any of this with either pride or bitterness, on the one hand, or condescension on the other. I loved being a part of what happened in Athens, in particular, between 1978 and 1982, and have been a proud Athenian before and since (even when I was living in New York). But what we were doing in the Method Actors, as both a two-piece, and, later, as a three- and finally four-piece, didn't really mesh with whatever else was going on, not only in Athens but really anywhere. It would be horribly self-mythologizing to regard it as sui generis, but take Little Figures (1981), no longer my favorite Method Actors record but, as a double with 17 songs, obviously the most expansive — listen to “Bleeding," then “Pigeons," then “Halloween," then "H-Hi Whoopee." I mean … who else was doing that?

Robert Christgau once wrote in the Village Voice that the Method Actors personified what might be called Nonpopular Music. That is, a band destined to toil in the vineyards of pop but who could never make anything popular, anything that huge numbers of people would like. He didn't mean it as a compliment. But that's insightful. I seem to have done my best ever since to prove him right.

Tony Paris: Briefly, what have you been doing musically in the many years since the Method Actors?

Vic Varney: Since the end of the Method Actors (ca. 1984), I've recorded approximately 500 songs, of which I'd consider about 100 “keepers." For 26 of those years I was a full-time teacher of English (UGA, Columbia, and NYU) so I didn't really have time to pursue the career end of it with as much passion and focus as perhaps I should have, although I've never stopped playing out. In New York, I played at the Fez and, later, had a regular gig at the Living Room. I've played out, spottily, in Athens at a variety of venues over the last 35 years.

What I've particularly mastered is a failure to do anything with music on the promotional side. On the positive, I own all of it because I've written everything I've recorded and paid for all of the recordings. On the negative, I've done absolutely zero to find any of the recordings a good home. And I can be very specific about why: First, up until recently I had, as I said, a full-time job which entailed certain responsibilities. I spent all my available music time writing, practicing, and recording, and that left little time for the thing that increasingly, if unfortunately, became anathema: promoting the stuff, playing that particular game — just not my beach.

And to be totally frank — and this is painful to admit but it would be pretty dumb not to — I think that particular failure comes from my seeing pretty early that what I was doing had a certain ceiling. That it was simply not going to win any contests in a certain arena, and that what time I had would be best spent ensuring that what mattered the most to me, the songs, were taken care of. Which meant spending the time to write well, then distill, then distill further, then, when satisfied they were ready to go in the oven, record properly. As anyone with ears who hears can attest, an awful lot of them have been recorded beautifully, many with terrific musicians, including David LaBruyere on bass; Russ Pahl and Matt Stoessel on pedal steel; Andrej Kurti on violin; Dave Domizi on double bass; Tony Oscar — the brilliant Brazilian percussionist with whom I'll be playing at Gallery 378 on March 14 — among others.

Tony Paris: As in the past, you are accompanied by a percussionist. What draws you to such minimalist accompaniment onstage?

Vic Varney: Not too long ago I had dinner in Nashville with David LaBryuere and his soon-to-be-wife Chelsea, who I had met but didn't really know. She said, “David talks about you a lot, so tell me, what, exactly, is your story, musically?” And I said, “Well, I started out in a two-piece band then decided to reduce.”

So in that regard I guess I've recently ... expanded. But to your point: I've recorded over 15 "proper" albums. Ten were done with no more than one other musician. There are a lot of reasons for that — not least of which is really banal: money. I couldn't afford to adequately pay more than one person. If you pay for everything you do up front as you go, and you don't have a lot of dough to work with, and you want to spend whatever it takes to get a really good result in a good studio, then you have to make certain choices. I write and arrange with that in mind.

But the deeper, more revealing answer is this: I just don't like a lot of fluff. Recording a lot has taught me a lot, and one thing I noticed almost from the get-go is that the more stuff you add, the more conventional you're going to sound, especially if what you add is well done. I also noted, as I think everyone does, that doing so makes you a lot more likeable, and that almost everyone around you will encourage you to do that.

But the fact is, I've always — always — been drawn to those who said more with less. People like Robert Johnson, Joao Gilberto, Dylan, early Joni Mitchell, the Bruce Springsteen of Nebraska, the Richard Thompson of the solo shows, solo Blood Ulmer, Turkish musicians singing, playing an oud, those who did it with just voice and guitar. What I call the X-ray sound: where the soul comes through, and, ideally, little else. I'm about to record what I fully expect to be the best version of that I've done so far. And, buddy, let me tell ya — it's been a lifetime in the making. Sit down with a guitar, a chair and a mic, and pour your soul out, live, for 30 minutes ... sounds easy, don't it?

Tony Paris: With so many Athens bands reforming in one way or another, do you see some resurrection of the Method Actors in the future?

Tony Paris: You mention having played a number of singer-songwriter showcase clubs, something that seems incongruous with your approach in the Method Actors. Has your songwriting changed? Or just the way and means of getting your songs to the public?

Vic Varney: Not sure I totally understand the question, but let me know if this helps: The Method Actors were loud, “experimental.” Tyrone's, the 40 Watt Club (all six iterations), Eddie’s, CBGB's, the Morton, the Agora, Hurrah, the Milkweg, the Peppermint Lounge, the Whisky, Blair's house tomorrow night, Betty Alice's living room, THE Living Room, whatever … I don't really see any distance between what I'm doing anywhere — just doing whatever I can, in any context offered, to get whatever it is I'm doing at that time across.

The problem is that what I've been doing over a far reach of time has changed quite a lot. And coming up one particular way colors everything one's expected to do afterwards. In a sense, I've kind of been chastised for not spending the last 35 years trying to recreate 1981. But that's OK — I do have one solace, which is that whatever song I wake up to work on every day is … time worth spending, time worth easing the passage of time. —CL—

Vic Varney, joined by Brazilian percussionist Tony Oscar, was scheduled to play the Lo Basement at 378 Gallery, 378 Clifton Road, 404-530-9277, Saturday, March 14. The show has since been cancelled.