New music from DfTaLS, Misanthropic Aggression, Tears For the Dying, and Bad Moods 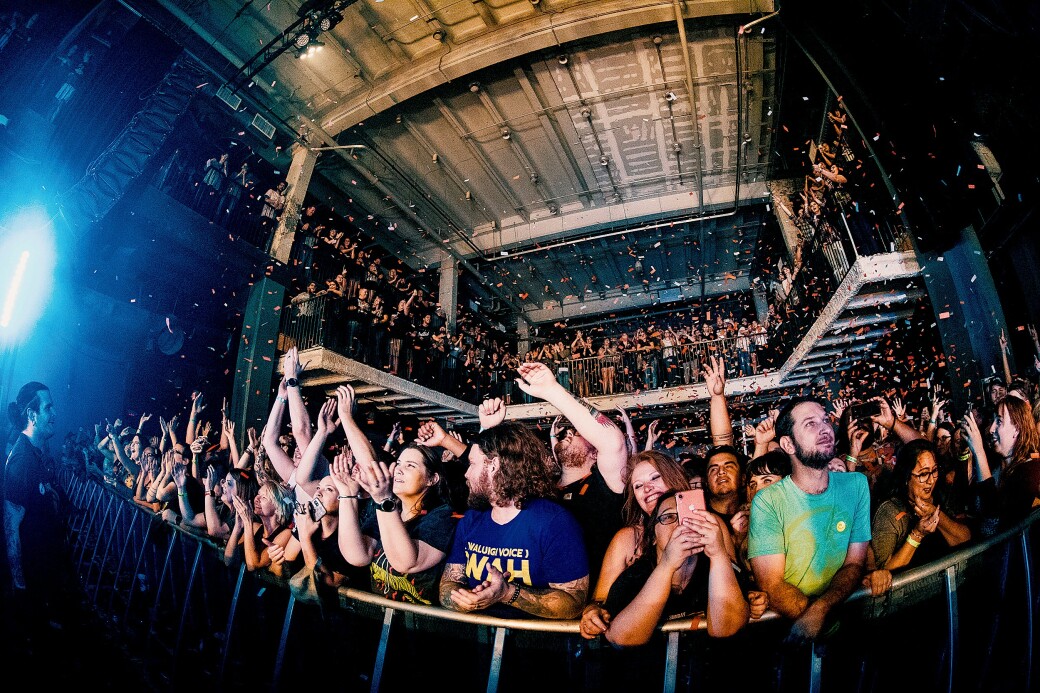 Photo credit: Elena DeSoto
SOUND OF MUSIC: The Masquerade and more Atlanta music destinations and promoters join the National Independent Venue Association to lobby for support.
By Chad Radford Friday May 1, 2020 12:13 AM EDT

The financial hardships wrought by the COVID-19 pandemic reach far and wide. Among the hardest-hit institutions across the country have been independent music venues.

Since Georgians began sheltering in place the second week of March, business for the city’s live music destinations has ground to a halt, and, aside from setting up GoFundMe accounts, revenue streams have remained shut off. A new coalition of venues and promoters, however, dubbed the National Independent Venue Association (NIVA) has formed to lobby for, and to create a lifeline to support these indie music institutions, their staffs, artists, and their communities.

“Music venues were the first to close and will be the last to open,” said Dayna Frank, NIVA board member and owner of First Avenue in Minneapolis, in an April 20 press release. “It’s just brutal right now, and the future is predictable to no one. We can’t envision a world without these music venues, so we’ve created NIVA to fight for their ability to survive this shutdown, which we hear could go into 2021,” Frank goes on to say. “Our first order of business is to push to secure federal funding to preserve the ecosystem of live music venues and touring artists.”

One of the organization’s first acts was to petition Capitol Hill House Speaker Nancy Pelosi, House Majority Leader Kevin McCarthy, and Senate Minority Leader Chuck Schumer, on April 22, with an open letter asking for assistance in ensuring the Small Business Paycheck Protection Program services the venues who need it most. The letter also asked for tax relief, including deferral of federal taxes for closed businesses, a forgiveness program, and for extensions on PPA loans until it’s safe for the concert industry to resume business. Continued federal support for unemployment insurance for employees of shuttered businesses, mortgage and rent forbearance, and the establishment of a grant-funded business recovery fund were also among the NIVA letter’s requests.

As of press time, more than 900 music venues in all 50 states have joined NIVA, including the 40 Watt in Athens, along with Atlanta promoters OK Productions and Rival Entertainment, as well as venues such as the Center Stage-Vinyl-The Loft complex, Smith’s Olde Bar, and The Masquerade.

“We joined NIVA because we believe there is strength in numbers,” says The Masquerade’s talent buyer Greg Green. “Instead of being just one of 800 small voices trying to be heard, we believe that the unified voice of all of these wonderful independent live music venues and promoters will carry a lot more weight regarding the issues facing our industry during this incredibly difficult time. Also, we think having the resource of all of the other members’ experience and knowledge available to us will be invaluable as we try to navigate ahead in the coming months and get back to presenting great concerts.”

There is no cost for venues to acquire NIVA membership.

In new-releases news, Duet for Theremin and Lap Steel is back with a new full-length album, titled Halocline. The music will be available to listen to via Bandcamp on May 16. In the meantime, check out the first single — the first time DfTaLS has even released a single — titled “Maelstrom.” It’s a six-and-a-half-minute improv set that projects something of an aquatic theme. The term “halocline” is what happens when two bodies of water are separated due to their different salinities. This first single is a full-bodied drift that finds theremin player Scott Burland and lap steel player Frank Schultz joined by Louisville, Kentucky-based vocalist Dane Waters.

Stream the song for free, or pay $1. There is also a preorder for the 16-track album up on Bandcamp as well. Every penny from their Bandcamp sales will be donated evenly to two charities: Giving Kitchen and the Atlanta Musicians’ Emergency Relief Fund.

There’s talk of a CD and possibly a vinyl release of Halocline coming out via Stickfigure Records in the near future, once the pandemic has receded and the world starts moving again. Until then, it’s a Bandcamp exclusive.

Schultz has also recently unveiled a new collaboration with composer, percussionist, and mad genius Klimchak, titled Six Feet Apart. For this project, Schultz rounded up a handful of improv pieces on the lap steel, and sent them off to a few folks to see if anyone was interested in expanding upon them. Klimchak was in, and composed his own sections to go along with Schultz’s improvisational pieces. The result is three pieces — “Off the Clock,” “Adrift and Lost,” and “Limping into Destiny” — 20 minutes of textured ambient droning bliss.

Six Feet Apart is available on Bandcamp now. Any and all proceeds will be donated to Giving Kitchen and the Atlanta Musicians’ Emergency Relief Fund.

Death rock and goth-punk trio Tears for the Dying recently unveiled the group’s second full-length, titled Memories. The album was engineered and produced by Tom Ashton of the March Violets, and recorded at Subvon Studio in Athens. This time around, singer, guitarist, and bass player Adria Schlenker, Debra Beat, and Candy Cancer shed the keyboard for most of the album’s tracks in favor of a raw, guitar-driven assault — all three members share guitar and bass duties here. Check out that smoldering cover of Christian Death’s “Spiritual Cramp”!

Bad Moods’ latest 7-inch, featuring a new version of “Super Collider” b/w “La France” and “Radiology” 7-inch has been making the rounds recently as well. Singer, guitar player, and songwriter Tim Haught and drummer Champ Hammett are formerly of Atlanta hardcore staples Foundation — Champ also played in Criminal Instinct. With Bad Moods they veer away from hardcore, taking a more straight-ahead approach to indie rock songwriting, with an emphasis on recording rather than playing live regularly. “The goal, in the beginning, was to sound kind of like the Lemonheads, or something like that,” Haught says. “In the end it comes across more like a power pop version of Leatherface.”

Keep an ear out for more Bad Moods recordings coming down the line soon. —­CL—