New music and a small book for the untimely sheltered 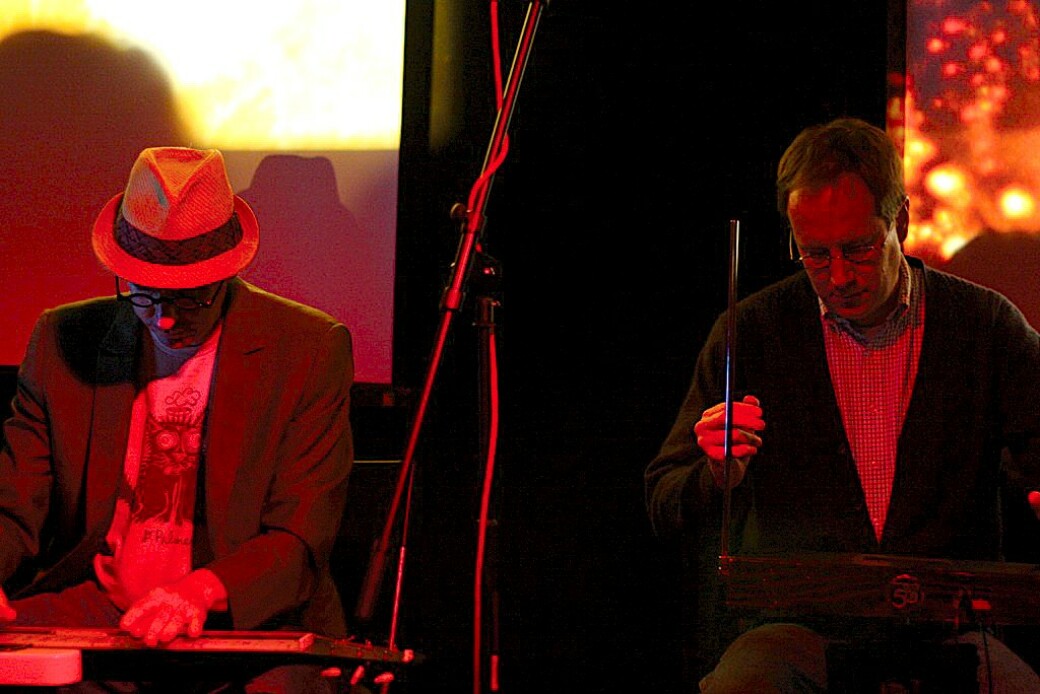 Here we are, a few months into the COVID-19 pandemic. Hitherto relatively normal citizens are executing pre-dawn raids on Publix, Piggly Wiggly, and Walmart to secure inordinate caches of toilet paper, hand sanitizer, surgical masks, Pringles, and microwavable dinner entrees. The stock market has taken a dump, and the general economy teeters on the brink of DEFCON 2. After Senate Republicans ensured that assistance to the least advantaged Americans was pared down to the barest minimum and the largest corporations jacked up for another stock buyback bonanza, checks that might cover a monthly mortgage payment and, in some cases, maybe a week’s worth of groceries, are trickling into the coffers of the proletariat.

Lunatics, for the most part, are running the pandemic response asylum. The president of the United States, Donald J. Trump, offers guidance based on hunches, selfish whims, and exhaust gasses from the right-wing scream machine. By the time you read these words, the White House may or may not have discontinued daily televised briefings co-starring the handpicked Coronavirus Task Force. Previous episodes featured the president’s fapping assessment of his great and unmatched wisdom coupled with deranged rantings at critics real and imagined. Sometimes, tidbits of factual, helpful information by scientists and health experts, cowed into gurgling subservience, made their way into the script. Regardless of whether the White House network cancels the COVID-19 reality show, whose ratings Trump touts as a praiseworthy achievement, the public can expect ongoing obfuscation and disinformation from the president’s sycophantic representatives dutifully following the dictum that chaos favors the powers that be.

Closer to home, buoyed by not quite unanimous approval from the state legislature and supported by a body politic inclined toward herd stupidity, Governor Brian Kemp, the former Secretary of State who oversaw his own election, is ignoring the global consensus of epidemiological experts, not to mention the federal government’s official guidelines, in favor of his own strategy for handling COVID-19. While it’s too early to draw hard conclusions about Kemp’s approach, it doesn’t take a PhD in epidemiology to predict a less than desirable outcome resulting from opening up businesses and encouraging public gatherings, for example, at shopping malls and restaurants, regardless of whatever safety measures are being observed at any given locale.

Thank the goddesses, Atlanta Mayor Keisha Lance Bottoms is disinclined to follow Kemp’s lead. On March 19, with the rising number of coronavirus cases and deaths caused by the disease showing no sign of leveling off, Bottoms ordered the closure of all nightclubs, private social clubs, fitness centers, gyms, movie theaters, bowling alleys and arcades within the city limits “until further notice.” At press time, restaurants and bars are limited to offering take-out and curbside pickup service. Individually, metro area county and city officials have issued executive orders and announced strong recommendations regarding what residents and businesses within their jurisdictions can and cannot do. Check your local listings, as they say, for the latest details.

In this time of pandemic sheltering, here are a couple of Listening Post recommendations:

Buy and read Jim Tate’s Bruce Hampton: The Early Years (1962-1970). Tate was a close adolescent friend of the late iconoclastic musician and actor (Sling Blade) who passed away May 1, 2017, while performing onstage at the Fox Theatre during his 70th birthday celebration. Only a man of preternatural essence could pull off such a dramatically compelling mortal uncoiling. Tate’s brief, 50-odd-page, anecdotal account confirms the presence of this essence in his friend at an early age. During their teenage years, Tate and Hampton lived a few doors apart on Millbrook Drive near Chastain Park. They shot basketballs, raced bicycles in the dirt, and did the usual stuff teenagers do together. Except, this was Bruce Hampton, which means “the usual stuff” also included strange powers of prognostication, unearthly athletic feats, and the incitement of a near-riot on Live Atlanta Wrestling. All of the shenanigans described in the book transpired before the formation of the Hampton Grease Band, which marked the beginning of Hampton’s journey to avant-jazz-rock before “the Colonel”’s jam band fame, acknowledging small details in the mirror of embarrassment, and cosmic immortality. Get Tate’s book and discover the latent reality behind the myth tangential to the enigma wrapped around the conundrum, which forever remains Bruce Hampton.

Elsewhere in this issue, Chad Radford provides details on Halocline, a new release from Duet for Theremin and Lap Steel, and Six Feet Apart, a three-track mini-album featuring DfTaLS lap steel specialist Frank Schultz and percussionist Klimchak performing as a duo. Bandcamp is the place to download and preorder both albums, with proceeds from sales going to Giving Kitchen and the Atlanta Musicians’ Emergency Relief Fund.

Halocline is a superbly crafted work of electronic ambience, the best release yet by Duet for Theremin and Lap Steel’s Scott Burland and Schultz. Texturally variant, richly layered, irresistibly immersive, the eight tracks entice the listener into an alternate dimension of contemplative spaces. Think of Halocline as an antidote to pandemic-induced anxiety.

The tracks were taken from improvised sessions during February, March, and April of 2019. Three songs feature Louisville, Kentucky-based Dane Waters, an operatically trained singer with an exquisitely light, precise, and alluring voice. DfTaLS sent three tracks to Waters who sang and improvised non-lyrical melodic lines for incorporation into the final mix. Her contribution lends a gracious, human presence to the instrumental proceedings.

“We met Dane while on tour in 2019 and fell in love with her voice,” says Schultz. “After seeing her perform in Louisville, we went to her house the next day and asked her to provide some vocal tracks for our upcoming album.”

The album’s title refers to an oceanic phenomenon in which the salinity of water changes rapidly in a vertical gradient, causing dramatic differences in the water’s density and clarity, which produces visually observable effects. “We saw a similar phenomenon in the music we chose for the album,” says Burland. “Some is shapeless, murky, dense, while other pieces are melodic and sparse.”

With track titles such as “Swell,” “Brinicle,” and “Sea of Eternal Gloom,” the aquatic theme runs deeply through the album. Years ago, a reviewer described Duet for Theremin and Lap Steel’s music as “a long-lost soundtrack to a deep-sea documentary,” which Burland says “describes Halocline perfectly.”

Regarding Six Feet Apart, Schultz says he enjoyed the collaboration-at-a-distance with Klimchak, even though some aspects of the process took some getting used to. The music was conceived and mixed before sheltering in place became the operational norm. Schultz recorded his tracks alone, while experimenting with preparing and playing the lap steel with chopsticks, then sent the completed tracks to Klimchak.

“What is missing is being in the same room and making on-the-spot decisions, whether agreements or changes, as well as that feeling of urgency, immediacy, and instant gratification,” says Schultz.

The idea of collaborating in a more conventional setting was something the two musicians had been discussing for some time. When he initially received the three tracks from Schultz, Klimchak says it seemed like a good idea from a convenience standpoint.

“I was in the midst of several other big projects, so it was actually a way to jump right in without having to fit a practice session around other deadlines,” he says. “It really only seemed odd after the fact, now that long-distance collaboration is something we have to do.” 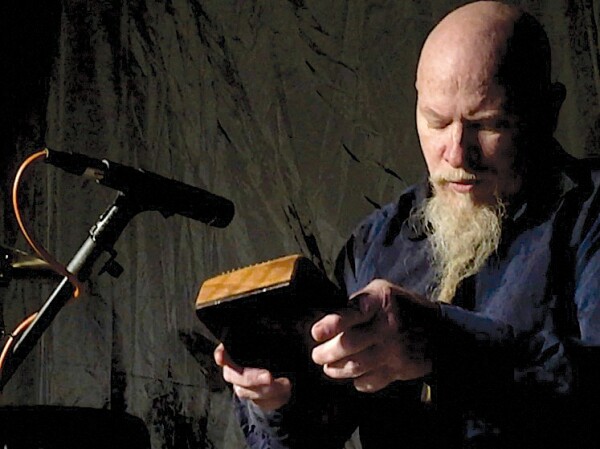 “While Frank’s parts were improvised, mine were not improvised, although improv was a part of the composing process,” Klimchak explains. “Because I had his finished tracks before starting on mine, I had the luxury of listening to his parts at length and trying different things to see what worked best. After picking out the individual instruments that I wanted to use, I sat down and wrote the parts, then recorded them.”

Klimchak is currently in the middle of a long-distance collaboration with percussionist Sean Hamilton in Grand Junction, Colorado. The duo decided to record an album in lieu of a planned five-week West Coast tour in April/May. “It’s been really easy going because of the experience doing Six Feet Apart,” says Klimchak.

If there is a silver lining to the coronavirus pandemic, it might turn out to be the different ways in which musicians and other artists are forced to collaborate at a distance. Even beset by a plague, the muse always finds a way. —CL—