Online diversions offer respite for listeners and support for musicians 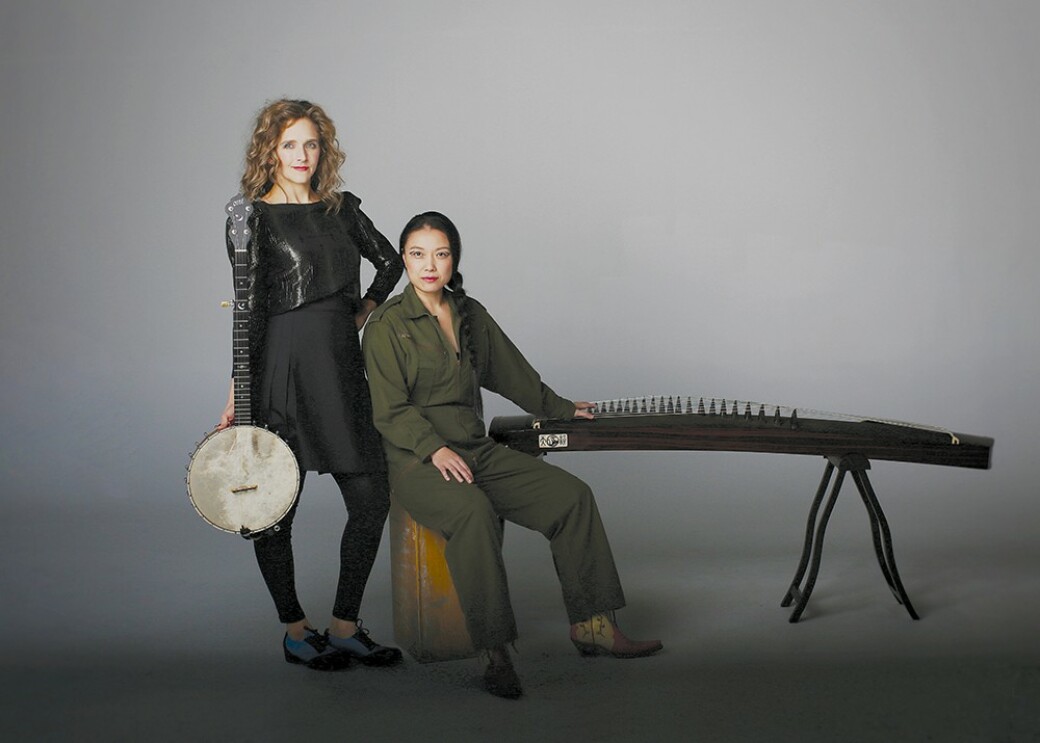 Embracing pandemical shelter, masking up for an errand run, ducking and covering from microbial dread, we suffer the remedial, yet essential, tasks made all the more anxiety-inducing by the dictates of corrupt leadership and the selfish belligerence of willfully ignoratnt fellow citizens. Given the revolting cast and gloomy plot of this summer blockbuster, Listening Post offers a few diversionary pursuits as a temporary antidote.

Everyone is by now familiar with virtual streaming concerts and other types of online musical programming. Back in March, one of the first examples encountered by your correspondent was billed as a “Facebook Live” event featuring Richard Thompson. Filmed at his New Jersey home with partner Zara Phillips lending support and occasional backing vocals, the hour-long concert presented Thompson in typically poised, wry form. Watching him tossing off amazing guitar riffs with the greatest of ease, singing with serious intent when the material called for it, all while cracking wise and sitting on a couch in his living room, made for a hugely enter-taining experience.

Part of the fun of Kimono My House and similar series is watching the artist(s) perform in their natural habitat. Whether it’s a studio, rec room, back porch, or kitchen, the casual, mistakes-don’t-matter setting makes for a refreshingly engaging vibe. When the audience’s comments and emojis are acknowledged, a kind of rapport is conjured up, which adds to the “live” ambience. Sometimes, the banter between songs is as entertaining as the music itself. It’s no substitute for hanging out with friends at 529, Buteco, Eddie’s Attic, The Masquerade, Variety Playhouse, or The Earl, but this virtual gig thing can still be a lot of fun.

On May 14, the Rialto Center for the Arts kicked off its “Homegrown Artists Series” with a noontime mini-concert by saxophonist, clarinetist and composer Jeff Crompton, who is no stranger to regular Listening Post readers. Curated by Rialto Stage Manager Nathan Brown, the series showcases local musicians via short (15-20 minutes) artist-submitted videos streamed on all of the Rialto’s social media platforms at 12 noon. 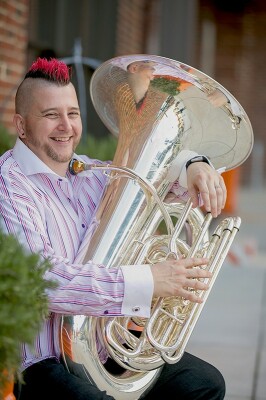 Low Brass Professor Bill Pritchard is the guest performer on Thursday, June 11, at noon, one episode of the “Homegrown Artists Series” from the Rialto Center for the Arts. PHOTO CREDIT: Meg Davidson
In May, the “Homegrown Artists Series” featured Jeffrey Butzer (May 21) and Zentropy (Allen Welty-Green) with Oblique Audio Haikus (May 28). Scheduled in June are singer-guitarist Bridget Leen (June 4) and tuba wizard Bill Pritchard (June 11) with additional performances TBD. Pritchard will be performing under the moniker Amplituba, which denotes his work incorporating electronic digital processing and effects.


For the “Homegrown” concert, Pritchard will play two compositions, one of which, ElevenTwelve, was written in 2019 for the tubist by Joanna Ross Hersey, inspired by Hildegard von Bingen, whose life and career as a nun, Abbess, composer, author, political figure and spiritual leader spanned the 11th and 12th centuries (1098-1170). Hersey advises the performer of ElevenTwelve thusly: “The soloist’s musical choices evoke an overall atmosphere of peace and serenity, through the use of flowing and meditative melodic lines. These melodies bring to mind Hildegard’s chant music, sung by the nuns during the worship at Disibodenburg (site of the convent’s abbey in Germany), honoring their lives and work, worship and community.”

Separately, the Rialto’s Brown is virtually spinning a full jazz album every evening at 7 p.m. Links to the albums are posted on the Rialto Center for the Arts Facebook page by searching #7pmJazz.

Another cool home-alone program is “Banjo House Lockdown,” featuring Bela Fleck and Abigail Washburn. Live-streamed on Fridays at 7 p.m. EST (also archived on YouTube) from the couple’s Nashville residence, the show is part serious banjo fandango and part all-in-the-family sitcom, the latter aspect stemming from impromptu and staged participation by Fleck and Washburn’s impossibly cute sons, Juno, six, and Theo, two. A typical episode setlist includes an Appalachian murder ballad, an 18th-century ghost song, a 19th-century sea shanty, a 20th-century coal miner’s protest song, something from Fleck’s or Washburn’s vast personal repertoire, and original material the dynamic duo is still honing. One of my favorite segments is “Sheroes in the Shower,” which, oddly enough, features Washburn singing a cappella in the shower, taking advantage of the space’s special acoustic properties. There are kids’ songs complete with puppets and hand-crayoned sets, an abundance of virtuosic frailing and flatpicking, and more knee-slapping family-friendly entertainment than an episode of The Beverly Hillbillies. (I wonder how many readers will get the comparison).

NPR Music has a terrific site, which lists live concert audio and video streams from around the world. The calendar includes performances by the Metropolitan Opera and New York City Ballet; various chamber ensembles and solo instrumental recitals; folk, jazz, rock, and bluegrass bands; all of which are accessible on platforms like Facebook, Instagram, and YouTube. As NPR notes, some of the programming requires registration or a subscription, but most of it is free. That said, as with most pandemic programming, audiences should be predisposed to digitally tip the artists and avail themselves of opportunities to directly support the performers by buying music and merchandise.

Speaking of buying music and merch, on two recent Fridays, Bandcamp waived its standard revenue share on sales, thereby increasing the amount of income flowing to artists who use the company’s online platform to distribute and sell music and related wares. On a typical Friday, according to Bandcamp founder and CEO Ethan Diamond, the site registers about 47,000 orders. On March 20, fans placed 800,000 orders for music and stuff worth $4.3 million; at peak activity, Bandcamp was registering 11 sales per second. Two months later, on Friday, May 1, the 24-hour tally amounted to $7.1 million. With all indications pointing to the Coronavirus going nowhere but everywhere with the inexorable stubbornness of a tsunami, Bandcamp extended its revenue waiver program to include the first Friday of the next two months. On June 5 and July 3, from midnight to midnight PDT, musicians will substantially benefit from “duty free” sales placed through Bandcamp. Remember, kids, the COVID-19 Christmas season is just around the corner.

From King Crimson founder Robert Fripp comes “Music for Quiet Moments,” a series of ambient instrumental soundscapes available online every week for 50 weeks. “Something to nourish us, and help us through these uncertain times,” notes the inventor of Frippertronics. “Quiet moments are when we put time aside to be quiet. Sometimes quiet moments find us. Quiet may be experienced with sound, and also through sound; in a place we hold to be sacred, or maybe on a crowded subway train hurtling towards Piccadilly or Times Square. Quiet moments of my musical life, expressed in soundscapes, are deeply personal; yet utterly impersonal: they address the concerns we share within our common humanity.” Who is Listening Post to disagree? The first three installments were exactly what one would expect: gracefully distinctive guitar effects eddying, gliding, and pirouetting above an undulating, fathoms-deep modal ocean. Choose your favorite mantra and Zen away the coronal chaos with Fripp. Also deserving mention is the “Sunday Lockdown Lunch” series, which stars Fripp and Toyah Wilcox cavorting in brief, humorous music videos. My top pick so far is the “Swan Lake” episode. —CL—