BLUES & BEYOND: Where do we go from here?

Now everyone has the blues 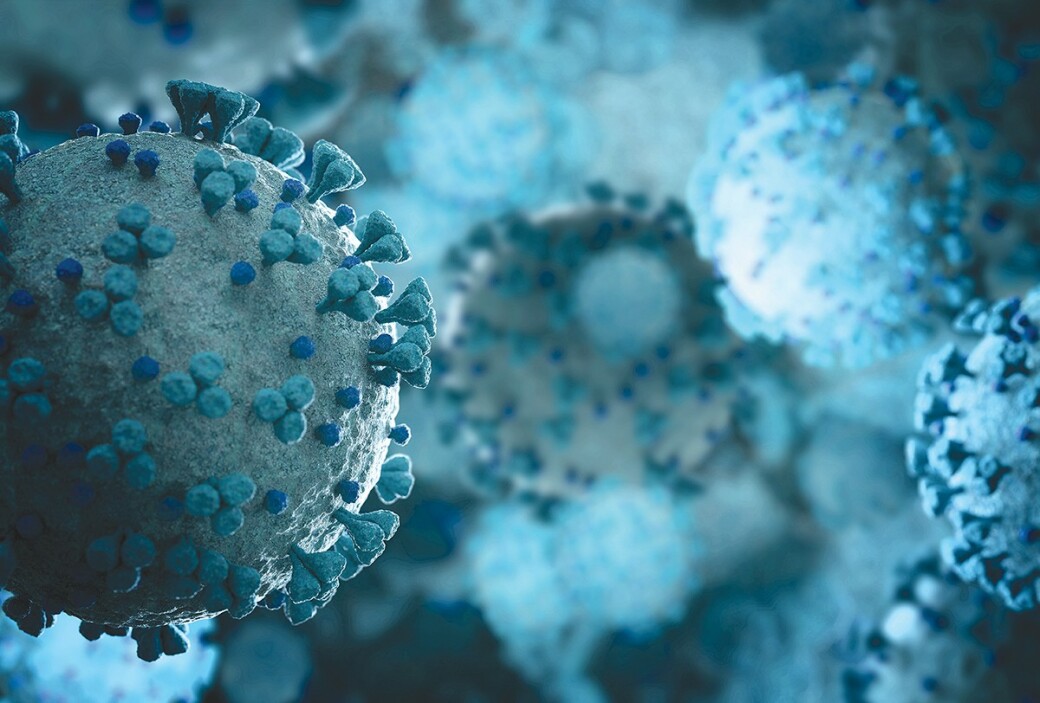 Even if you’re not a blues music fan, you probably now have the blues. Thanks to the current coronavirus pandemic, the blues has hit virtually everyone. Whether it’s the loss of income, being furloughed from a job, or just time spent in quarantine, your life has probably taken a turn for the worse since mid-March.

Fallout from the pandemic has clobbered the music industry, too, of course, but as with everything else, those who make their living playing or supporting blues and roots styles are disproportionally affected. Most of these folks barely get by in the best of times: scraping music gigs together, perhaps in between other jobs, all of which have suddenly and sadly dried up. And, as of May, it’s hard to see when life will return to any kind of normal, even a “new normal,” whatever that looks like. Aside from recording songs about the situation (Spotify already shows almost two dozen tunes titled “Quarantine Blues,” including a driving Hendrix-styled instrumental from Atlanta’s up-and-coming guitarist Cody Matlock), everyone is trying to figure out what their next move is.

With that in mind, we reached out to Atlanta- and Georgia-based blues/roots musicians, publicists, venue owners, and radio DJs. We wanted to better understand where they are in this community, how they are currently coping, and what to look forward to when things start to get better. Their responses, grouped by category and edited for clarity and brevity, are below.

We have to keep the faith. People need music, whether it’s live, listening to albums, or online concerts. Music is a healer, and the world needs healing right now. I’ve not made a penny since this started. Because of a very slow internet connection where I live, out in the country, I can’t perform live shows online and get “tips.” So I’ve been finishing up some projects. I just finished a new record, and I’m working on a children’s book. Hopefully when they’re released, they’ll generate some income and make my fans smile. I can’t wait to perform live again and see all those smiling faces.

Hopefully by mid-June I’ll have some positive news to report. Right now it’s all about rescheduling tour dates for fall and beyond .… and lots of songwriting. Could my new album have come out at a worse time?

I went from nine shows in 10 days to an abrupt halt on March 3. It took about two weeks to really get in the groove and for my anxiety to subside from all the cancellations. I’ve been hustling ever since: online streaming a few times a week, selling merch via my web store, and playing “four packs” (four songs) for local Atlantans in their yards. Having said that, I’d like to get back to performing in real music venues for live humans. However, until folks feel safe enough to gather, there’s not a lot to be done in person.

Even before the lockdown, Delta Moon had already canceled our gigs following my diagnosis of lung cancer. I’m still undergoing chemo and immunotherapy and hoping for the best. As the old song says, the future’s not ours to see. But we hope the human race can somehow find a way to keep the air this sweet and the skies this blue.

I think this is going to be with us a while. Maybe there will be some backyard and house concerts first. Unfortunately, I don’t see a club scene until (the pandemic) is under control. In the meantime, I am using this downtime to woodshed, learn new music, collaborate, and write remotely. When the live music scene returns, I want to have my chops together!

I’ve performed porch concerts in midtown. The daily posts on Instagram keep my playing warm. I started self-promoting for narcissistic reasons but I got several moving messages — from friends, strangers, some nurses even — writing to tell me the small posts helped them. So I do it each day now. I organized a relay with 18 artists including Tinsley Ellis and Little Pink Anderson. We raised good money for Blind Willie’s employees. Virtual concerts are a surprising gift.

Unfortunately I was sick with the virus and tested positive. So even though venues were closed, I still wouldn’t have been able to sing or perform. Thankfully, I’m feeling better now. What we can control is how often we stream shows. Our main demographic is folks 45+, and they are more at risk to this virus. So if we can create more opportunities where they can stay safely in their homes, then it’s a win. If we want to play regularly, we have to cultivate our streaming presence until it’s safe for venues to open, then continue with a hybrid model of playing live and streaming.

To protect the health of the station’s 100+ volunteer broadcasters, the board and management have temporarily closed the studio in Little 5 Points. All airshifters are prerecording their shows at home. They are then uploaded for playback on the regular broadcast frequency, 89.3 FM, as well as the internet live stream, at their regular time (this continues at least through May). In some cases, hosts are submitting recordings of previously aired shows, featuring special content, notable artist interviews, etc. Personally, I miss being able to talk to listeners on the phone and play their requests. I can’t wait to get back to doing live radio.

The coronavirus has impacted my blues/roots publicity business in many ways, both directly and indirectly. Directly because we’ve had several major cross-country tours canceled or postponed that we had already started advancing publicity for in the markets around the country. We’ve had to retreat from interviews and show previews that were already in the works and hope that they can be rescheduled in the late summer, early fall if things improve. Indirectly, several new albums we had on the books for release in the spring and summer are now being put on hold or rescheduled for the fall, which means a loss of revenue to my company.

We’ve encouraged many of our clients to set up podcasts out of their home that can be live-streamed as a way to reach the fans and audiences. As far as the future, things are still up in the air as to when live music will be heard again in clubs. That’s where blues artists make most of their money — by selling merchandise off the bandstand at gigs. With that revenue stream gone, many artists are having a tough time. The same can be said for clubs like Blind Willie’s in Atlanta. Once they reopen, it’s more important than ever that blues fans support both the clubs and the artists performing this great seminal form of American roots music.

Since January, I have been working album campaigns from all the roots music genres. Publicity is always needed, now more than ever. It is crucial to stay in the spotlight — it carries the musician’s career as well as mine. As the days wear on, I’ve gotten more interested in the future: What does this mean for the next two, five, even 10 years? That is the challenge we face  — time to reinvent the industry and ourselves. I have been peeling people off floors, ceilings, and walls, and telling them, Get up and look around — be brave! It’s a brand new world.

The Atlanta Blues Society has always taken pride in our weekly online calendar. It has continually provided extensive listings for as many local and national touring blues/roots artists as our editors can find. It’s the go-to site for much live (blues) music in the metro Atlanta area. Since the onset of the coronavirus pandemic, not only have we have published links to many seemingly legit social media sites streaming live music, but our calendar lists numerous local and national touring artists’ dates and times for their live streaming shows — all in an effort to keep the blues alive.

It’s already been a tough time in the blues with the passing of Houserocker Johnson, Spencer Bohren, Beverly Watkins, and Dr. John. We’re doing what we can to support our staff and performers and hang on. The coronavirus will change a lot of things; we don’t know what the future will look like. We do know Blind Willie’s will reopen. Our landlord has been very understanding. But the longer this goes on, the higher the expenses. Booking agents are calling to get fall dates for their acts. The blues came from bad times .… we’ll survive the coronavirus as well.

All independent, roots-oriented labels depend heavily on their artists being on tour for exposure and bandstand sales. As stores and venues closed, things tightened up financially. Nevertheless, given ongoing digital and online sales and our commitment to the acts we represent, we continue to promote releases to distributors, radio stations, and press outlets per usual.  A plus: Mail orders have increased during this period, which helps. A drawback: Long-awaited vinyl pressings have been delayed because pressing plants had to shut down. We also had to postpone a spring blues release to an undetermined date, hopefully later this year, when the artist is able to play live again. —CL— 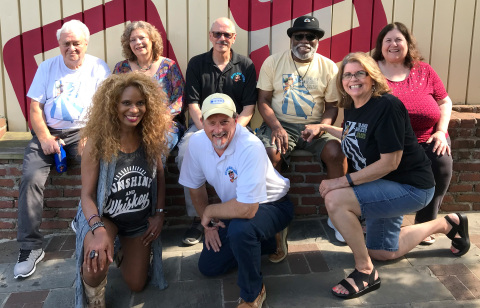 BLUES & BEYOND: Back to the blues Article 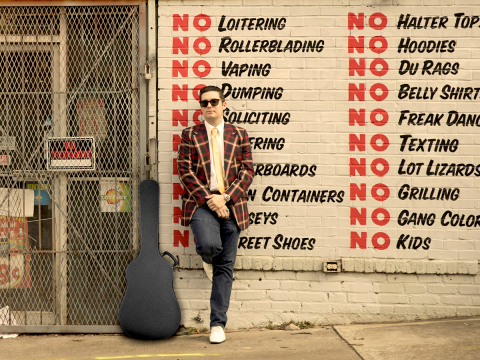 BLUES & BEYOND: Electrified and ready for blast-off Article 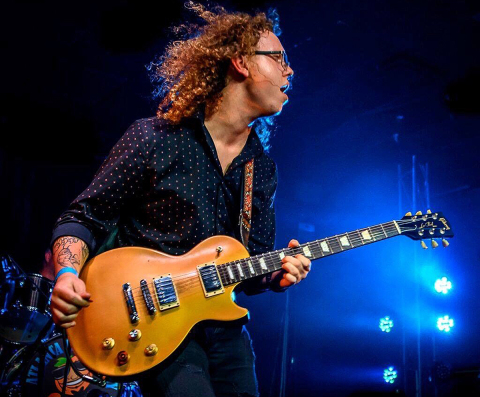 Fifty-plus years on the blues fringes hasn’t diminished the Atlanta veteran’s enthusiasm for the music he loves | more...
Search for more by HAL HOROWITZ