Why stop with monuments to the Confederacy?

We need to remove the statues of Henry W. Grady and Richard B. Russell 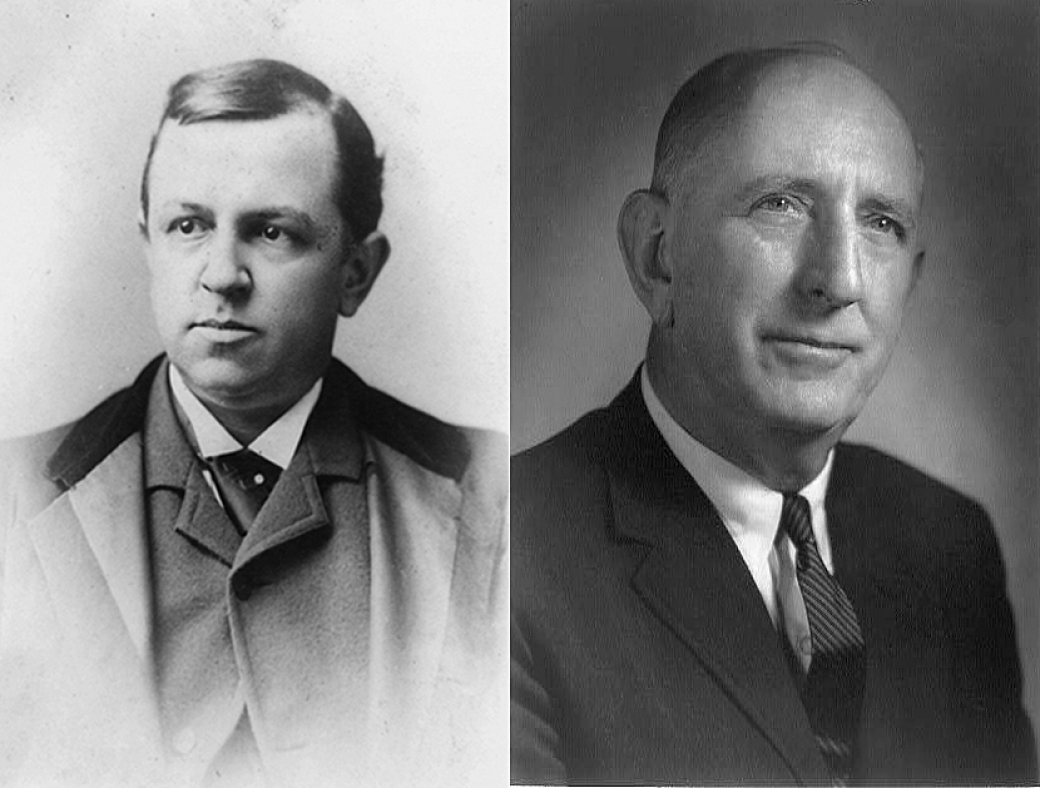 Photo credit: Courtesy of the Library of Congress
MEN OF GOOD FORTUNE: Henry Grady (left) and Richard B. Russell Jr.
By WILL SMITH Tuesday June 30, 2020 11:35 am EDT

The events surrounding the death of Rayshard Brooks in Atlanta, George Floyd in Minneapolis, and Ahmaud Arbery near Brunswick, Georgia, have brought the continued battle for civil rights into the national spotlight. Protests and riots over racial profiling, police brutality, and the inequality faced by Black Americans have reached a boiling point reminiscent of the early ’60s. While the efforts and struggles of men like Dr. Martin Luther King Jr., Congressman John Lewis, and others brought the problems of racial inequality to the forefront of the public perspective, it is clear we still wrestle with the same issue today, as exemplified by the Black Lives Matter movement, founded in 2013 in response to the acquittal of Trayvon Martin’s murderer. It is also clear in the All Lives Matter movement that white America refuses to acknowledge the systemic racism in this country. Nowhere is this more apparent than in our public veneration of men who tirelessly worked against civil rights for people of color. If we want to adequately tackle the problem of racial inequality we have to first acknowledge that this is one of the most important issues we face today. And if we acknowledge the importance of ending racial inequality, no historical figure’s contributions to society can ever outweigh their actions on that issue. And it is for this reason we must remove the statues of Henry W. Grady and Richard B. Russell from the public sphere in downtown Atlanta.

In Georgia, the two men are the most culpable in their opposition to civil rights while among Georgia’s most honored leaders. Grady, born in Athens, Georgia, a decade prior to the start of the Civil War, experienced both the tragedy and aftermath of the conflict. He would become an influential journalist and renowned orator who made multiple contributions to Southern Reconstruction and helped integrate the South back into the Union. In remembrance of his influence over the postwar South, a statue of Grady is prominently displayed in downtown Atlanta. Additionally, a high school, a hospital, and even the school of journalism at the University of Georgia bear his name. Regardless of what his contributions were to rebuilding the white South, Grady was an unabashed, outspoken, fervent, white supremacist. He used his considerable power and prestige to ensure that the new postwar South was the same as the prewar South regarding Black citizens’ rights. In one of many examples of his perspective on equal rights, Grady delivered a famous speech in which he said, “…the supremacy of the white race of the South must be maintained forever, and the domination of the negro race resisted at all points and at all hazards, because the white race is the superior race.”

Born in Winder, Georgia, almost a decade after Grady’s death, Russell became a U.S. senator of the Southern Democratic Party and served as the 66th governor of Georgia. Russell is remembered as a political dynamo who shaped the environment of both the Democratic and Republican parties. He was twice a candidate for the presidency, served on the Warren Commission, and was one of the most powerful senators of his time. His statue stands on the lawn of the Georgia State Capitol. The federal courthouse in Atlanta bears his name as do various other structures across the country. Russell was an ardent opponent of the civil rights movement and co-authored the Southern Manifesto along with Senator Strom Thurmond. The Manifesto was written in direct opposition to Dr. King’s movement and, among other complaints, alleged that the federal government was overreaching in its desegregation efforts. It was also Russell who orchestrated and led the 60-day filibuster against the Civil Rights Act of 1964. Though his efforts were not successful, he made the march to equality that much harder for Dr. King and his supporters.

The examples listed above are just a fraction of the efforts both men undertook against racial equality. We must ask ourselves why we continue to honor Grady and Russell when their lives were consumed by a position that no current politician would publicly endorse. Is it perhaps because they still privately endorse them?

Though there have been calls for removing these public distinctions, those calls have been largely silenced by our leaders. When it was suggested that we rename the Russell Senate Office Building in Washington, D.C., to honor the late Senator John McCain, Georgia Senator David Perdue commented: “This is a man [[[Russell] who made tremendous contributions. In hindsight, today we can say he was wrong on any issue, but I think you’ve got to measure that in the full picture of his contributions. ...”

But what Perdue overlooks is that Russell was not wrong on just any issue. Like Grady he was wrong on THE issue. It is important to note that being flawed is not the same as dedicating your life to a wrong cause. And of course, any time the idea of removing certain statues comes up, people inevitably argue that perhaps then we should take down the Lincoln Memorial or the faces on Mount Rushmore. Perhaps we should. But that is another argument.  We can look at many, if not all, of our past leaders and see the sin of racism. That is something we must admit and address as a nation. But unlike Lincoln or Washington, men like Grady and Russell dedicated their lives to perpetuating racial inequality.

Of course, one current obstacle to removing the actual statues of these two men is Senate Bill 77, which went into effect on April 26, 2019. The bill, which was passed largely along partisan lines with unanimous support from Republican lawmakers, provides protections for certain statues. According to the new law, if the monument is to be relocated it must be placed in a position of “similar prominence.”

At a time when America is once again facing its demons of racial inequality, our lawmakers undertook the effort to ensure that two avowed white supremacists will remain safely honored in a public space. Lawmakers who allegedly represent Black voters in their respective districts have given a clear answer to the question of whether they believe Black voices that say this issue is the most important.

Because Grady and Russell dedicated their time, energy, and resources to maintaining the status quo of an America for whites only, we must remove them. However, before we can do that, we must remove the law that protects them. And to do that we will need to remove the politicians who support that law and, coincidentally, support men like Grady and Russell. Which, of course, makes you question where these politicians stand on the issue of racial equality. Whether publicly or privately. —CL—

Will Smith is an Atlanta attorney in Midtown Atlanta with Schenk Smith. A former prosecutor in the Fulton County Solicitor General’s office, prior to attending law school Smith served as a sergeant in the United States Marine Corps where he was a member of the Marine Corps Anti-Terrorism Unit, F.A.S.T. Company. He hosts the Nursing Home Abuse podcast at https://www.schenksmith.com/nursing-home-abuse-podcast/'' 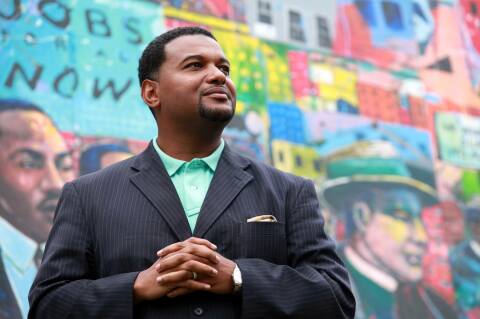 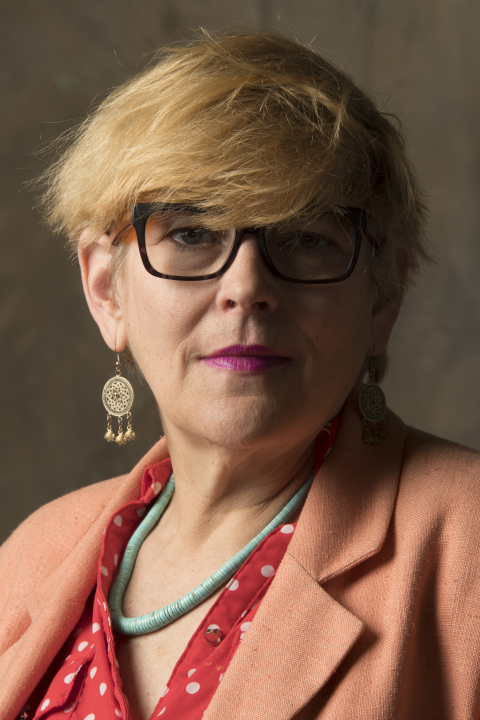 Greed. The only consistent measure of success is wealth. If you’re so good, so smart, so talented, why aren’t you rich? Why should anybody listen to you? You’re accomplished, but if you’re poor, you haven’t “succeeded.” Rich, therefore smart. Rich, therefore good. There’s a paucity of everything, so... | more...

Dancing with the devil | more...

On the Grid Creative puts all projects under one agency | more...

Time and Place: The other Nick Cave Article

On Sunday, I rode my bike down the Atlanta Beltline's Eastside Trail to Ponce City Market, where a friend of mine was set to perform in Nick Cave's sold out show, "Up Right: Atlanta." Admittedly, I originally thought that Nick Cave, the Australian musician, was the one putting on this show, and I was hoping he'd be...

| more...
Search for more by WILL SMITH