BLUES & BEYOND: Atlanta’s ‘Empress of the Blues’ retains her crown 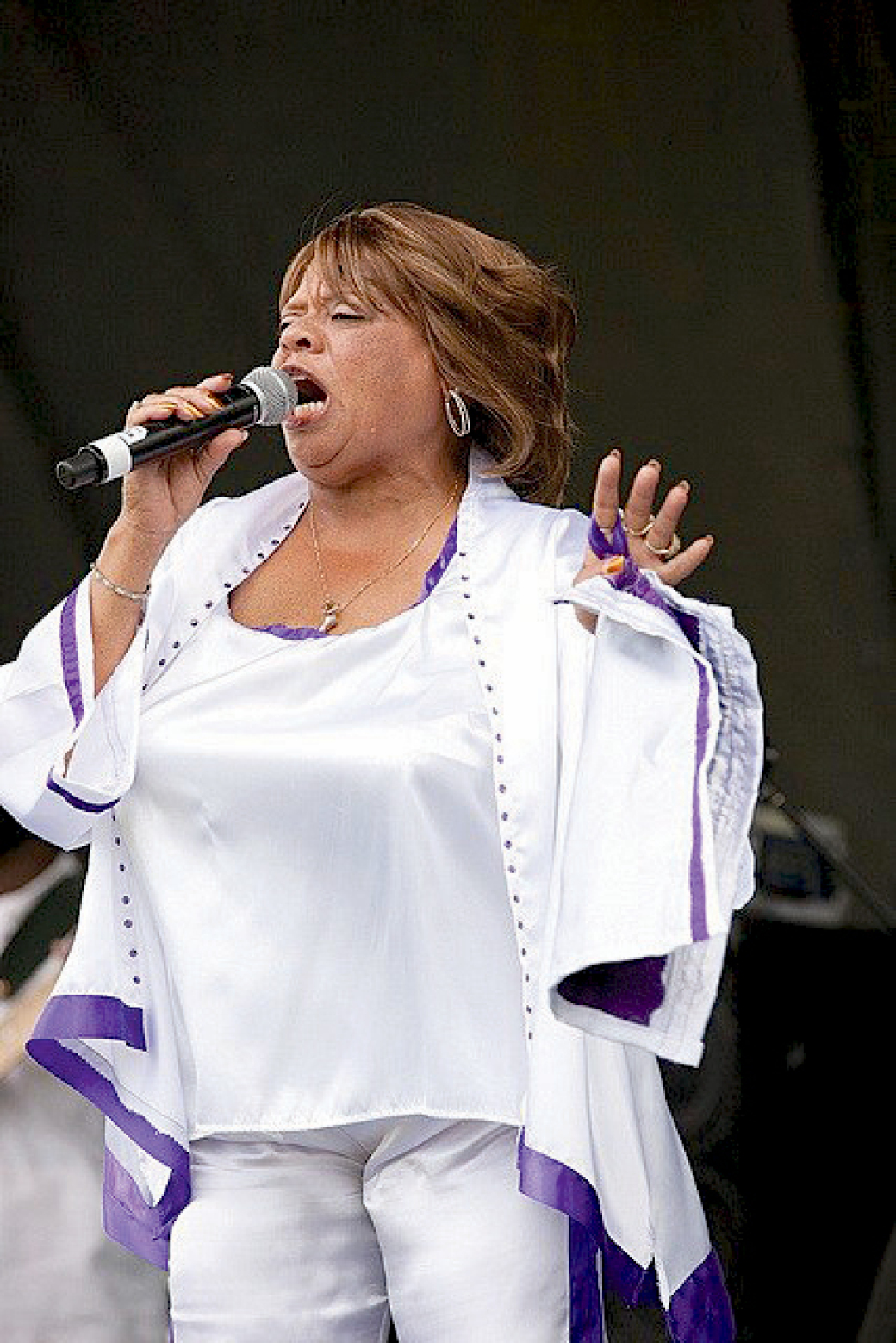 Some veteran entertainers are reluctant to publicize their age.  Atlanta blues and soul singer Sandra Hall is not one of them.

“I was born in ’48,” she says within the first two minutes of our recent interview, without a hint of embarrassment or shyness. It’s reflective of the down-home honesty that flows from Hall into her feisty singing and stage presence. All of which help make her one of the most popular Atlanta born-and-raised roots singers still active. The old cliché that “age is just a number” surely applies to Hall. Anyone who has seen her tear it up on stage can attest to that.

Well, at least before the coronavirus pandemic put the brakes on much of her live work at Blind Willie’s blues club. Her multiple monthly slots there have made Hall, dubbed Atlanta’s Empress of the Blues, a fixture of the local scene over the years. But for someone who has been there/done that and weathered changes in the music industry for the past five-plus decades, this might just be another bump in a lengthy and winding career path, one that Hall has traveled, both nationally and internationally, as a professional vocalist for virtually her entire life.

As with many in her genre, Hall started singing in the church. In her case, she was just four years old. She had an “in,” though. Her grandfather was the Pastor of Whitesville Baptist Church, and her grandmother was the pianist. Fast forward to 1962. A 14-year-old Hall and her sister (one year older), already with eight years of gospel experience, get an offer to perform at a new Atlanta nightspot called Club 400.  Although Hall had been used to singing church music and had to be chaperoned by her grandmother, the duo — dubbed The Soul Sisters — put together an R&B act based on the hits of era. “Ike and Tina Turner, Etta James, we didn’t have any music of our own at that time,” she explains. That got her into the business.

In the mid-’60s, Sandra was going to school and picking up jobs as a go-go dancer. She then joined three other women to form The Exotics, an act that played Atlanta’s Royal Peacock Club — opening for stars like Otis Redding, B.B. King and others — and toured the country during the “Green Book” (officially known as The Negro Motorist Green Book) years. The Green Book detailed specific places African American performers could safely work and stay as they wound their way throughout the United States playing clubs and bars. Immortalized in the movie of the same name, the Green Book directed Hall and her fellow musicians to places that were friendly to people of color at the time. Reflecting back on those difficult days, Hall seems unfazed about the frustrations she faced.  “When we went to small country towns, we had to be back (at the hotel) at a certain time. We couldn’t sit in the audience at white clubs, we could only perform on stage. We had to use the bathroom on the bus,” she explains with disarming calm. “It was really hard at times. Of course that was during the Jim Crow days. You had to ride in the back of the public bus, you couldn’t eat at certain restaurants.”

After The Exotics, Hall went solo, but being a single mom, she returned to school to study nursing. She also took law and business classes and even worked for an attorney for a while, all to better understand the financial aspects of the entertainment world. When she returned to singing, Hall leaned more into straight blues. Around 1989, connected with Blind Willie’s, the now iconic blues club that had just opened in 1986. She started backing up other musicians but quickly was promoted to her own slot, and “I’ve been there ever since,” she says proudly.

Hall has released four albums along the way. And there have been plenty of high-profile gigs outside of Atlanta, specifically at the New Orleans Jazz & Heritage Festival and the prestigious Montreux Jazz Festival, where she performed in the early ’90s. But it was local blues figures like Junior Moore, “Houserocker” Johnson, Sweet Betty, Lotsa Poppa, and Chicago Bob Nelson that both influenced Hall and were her peers on the Atlanta blues scene, even before Blind Willie’s opened and became the blues hub it remains.

Despite mentoring a young Shemekia Copeland — who Hall remains friends with but doesn’t consider a blues singer — there isn’t an influx of younger Black musicians ready to fill the shoes of those we have lost over the last few years. Yet Hall doesn’t see this as an issue. “We (African Americans) created the songs. Most of the white people do those songs. They are not originals but they do them well. I’m enjoying it. I’ve worked for so many cultures …. I don’t look at the color of your skin. I look at your soul and heart. This is where the music lies.” But you better be on your game when backing her up. “If you’re not doing a good job, I’ll say something about it!”

Although she has had to stop performing because of the pandemic and social distancing, like any lifelong vocalist, Hall continues to sing, though now it’s in her backyard instead of on a stage. She still remains dedicated to the music she has made her life’s work.