Atlanta singer-songwriter to release a live album; the first single, ‘One Way To Find Out,’ drops today 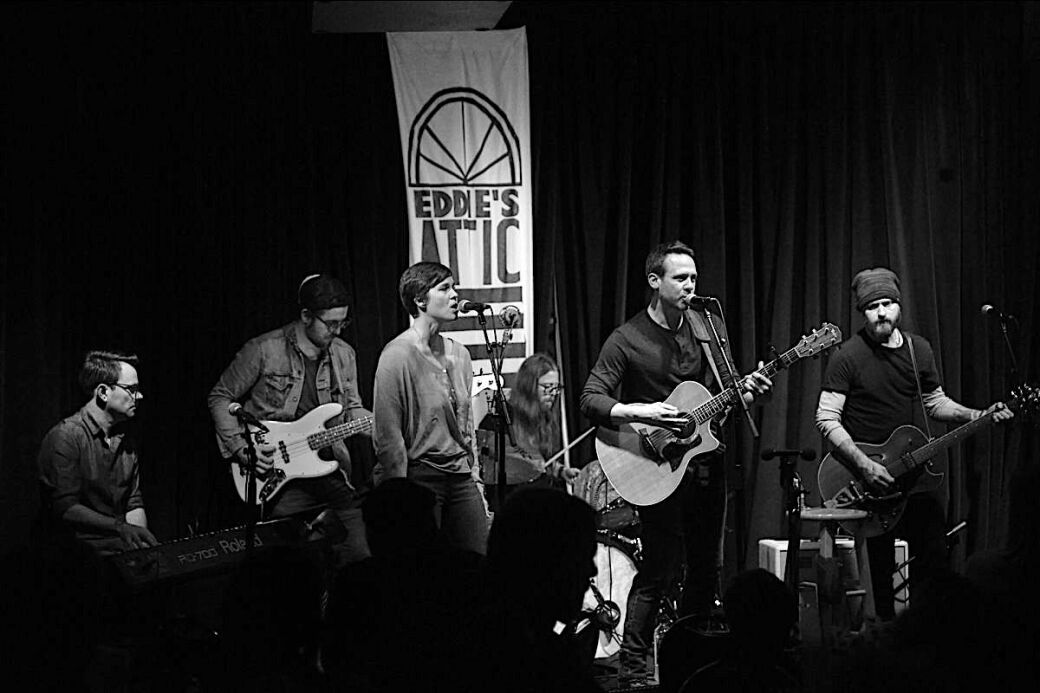 It’s been 10 years since Mike Kinnebrew released his first album, Between the Living and the Dying, recorded at The Smoakstack in Nashville. When the songs for his new release, One Way To Find Out, started coming to him, he thought the best way of capturing them was by recording them live. In a press release, Kinnebrew says such a setting was the best way to keep the creative spark — which prompted him to start writing songs again after a three-year hiatus — burning bright.

Kinnebrew was right. The two back-to-back, sold-out shows at Eddie’s Attic, where the live album was recorded last January, captures the freshness and and appeal of the compositions that otherwise might have been lost with the musicians sequestered away in a sterile studio setting. That he and the band spent time rehearsing the songs in a studio certainly gave them a polish that otherwise might have not been attained with their being recorded in what can be the rowdy atmosphere of a live setting.

Kinnebrew’s press materials don’t offer any influences to which the singer-songwriter may lay claim, but his songs offer an indication — the Eagles and Tom Petty easily come to mind, with Jackson Browne rounding them out.

With so much time passing between his first album and this one, the songwriter admits, "This album sort of saved me. I wasn’t sure that I’d write any more songs — let alone record another album. … I don’t enjoy writing. It’s work with no guaranteed outcome. But when something does come, I feel like I’m doing what I was made to do.” He committed himself to writing “for at least an hour everyday. And the real shocker was: I did!  The first song that came was, “Baby Girl,” then “Wrestle the Sea” then “Close Your Eyes” and on and on it went. I couldn’t believe it. As soon as one song was finished, another one was coming. About a song a week. That time every day, with nothing but a journal, coffee, and the occasional cigar became holy to me, and the songs like children.”

While One Way To Find Out was recorded pre-coronavirus pandemic, Kinnebrew originally planned to record overdubs in Nashville. COVID-19 insured that wouldn’t happen. The result is an album intimate and honest, true to those two nights at the Attic, during a time when we may have taken live shows for granted, and the interaction between an artist and the audience cost nothing more than the night’s cover charge.

One Way To Find Out — produced by Paul Moak (he was at the board for Kinnebrew’s first album), engineered by Colin Blakely with assistant engineer Brian Stephens, with Moak mixing at The Smoakstack, and Sam Moses doing the mastering — will be available in its entirety September 25. You can listen to the first single, “One Way To Find Out” here and catch a glimpse of the band at Eddic's Attic, captured for "The Attic Sounds," here. Want to hear more? Check out Mike Kinnebrew on Spotify.