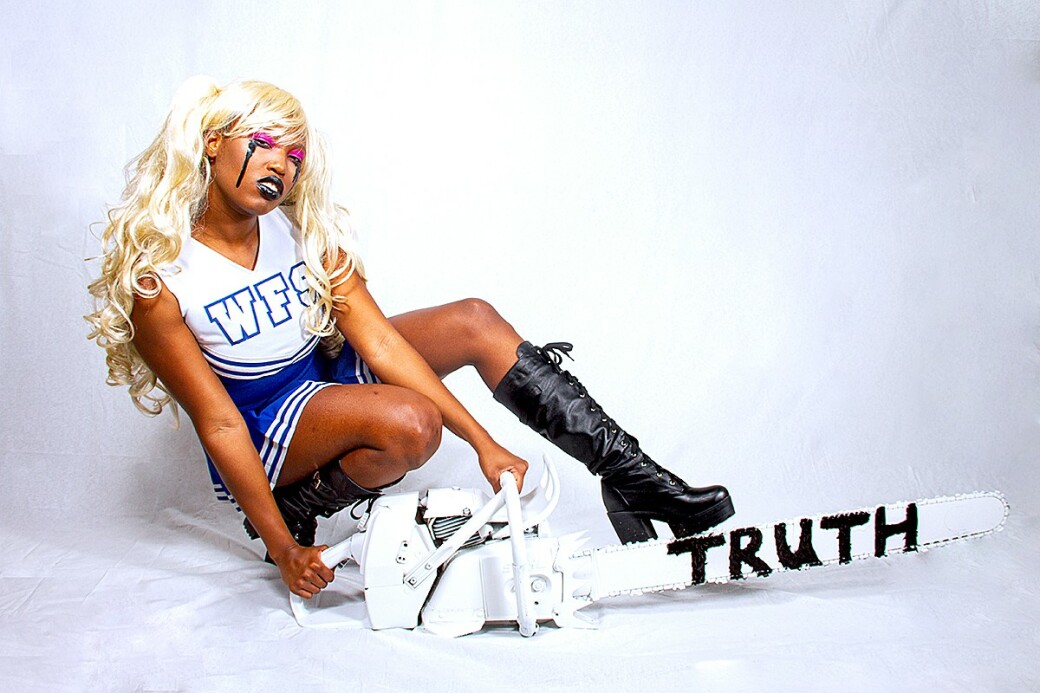 In pre-COVID-19 times, October (aka Rocktober) and November were traditionally two of the busiest months of the year for music venues, as bands touring across the country traveled at a fever pitch, trying to cover as much terrain as possible before the holiday season kicked in. Alas, 2020 will go down in history as the year without live music.

Behind closed doors, though, so much time spent in quarantine has yielded heaps of frustrated, cathartic, confrontational, and thoughtful sounds as fall sets in and the stress wrought by an election year ebbs and flows.

The title of Lesibu Grand’s latest single and video, “WFS” (We Fucking Suck), is one of those secretly, magically loaded phrases that resonate on multiple levels. Coined in the tradition of old-school power pop troubadours such as Nick Lowe, Elvis Costello, and Wreckless Eric, it’s just three words strung together to be as meaningful or as meaningless — as timely or as timeless — as whatever the listener brings to the song.

“When we first started writing together most of our songs were about relationships and the human condition, looking inward and exploring emotions,” says the group’s bass player John “Hutch” Renaud. “That is our natural hunting ground. But as the Trump administration carried on, the nonstop stream of troubling news eventually burst our bubble, and we felt we had to address it. The initial issue we chose to address was gun control, but there were and are many others, like housing, voting rights, criminal justice, and so on. With each and every one of them it was obvious that ‘we,’ as in the American government, were not even trying, not even pretending, to address them. And that fucking sucks. So the structure for the song developed to list out all the ways in which we’ve fallen short under the banner ‘We Fucking Suck.’”

Stomach ulcer-inducing headlines slide across the video’s backdrop as singer Tyler-Simone Molton dances like a deranged cheerleader, crying tears of blood, chanting all of the above-mentioned words that keep us all awake at night: “Poverty,” “housing,” “health care,” “justice,” et al. Through it all, the song takes shape as a biting and satirical anthem aimed at complacency and the state of the world affairs circa 2020. Consider the song’s title and mantra from a global perspective, or view it through a hyper local lens from a city and state steeped in voter-fraud scandals and out-of-control gentrification, all in the shadow of an ongoing pandemic, and it’s true — “We Fucking Suck.”

But the song’s ramped-up and Pixies-esque rhythms and melodies deflect any reflexive self-loathing. Like a sacrifice to the gods of capitalism, “We Fucking Suck” is an empowering song that Alternative Press magazine used to hail Lesibu Grand as one of its “40 new artists you need to hear in October.” Likewise, Atlanta’s Punk Black website declared that the song “wields the truth like a chainsaw — literally,” and called the video “old school punk fun.”

“WFS” is part of a seven-song album the group recorded with Dan Dixon in the summer of 2019. Other numbers, such as “Not Sweet Enough,” focus on women’s rights issues. Songs such as “Heartbreak Blue” examine rock ‘n’ roll’s history that’s steeped in racism, while “I’m Not Sorry” is about coping with a rocky relationship. The album also features a hard rock version of Lady Gaga’s “Bad Romance.” Keep an eye out for the album to materialize sometime in 2021.

Continuing on with the not-so-subtle theme for the times, rapper 21 Savage and producer Metro Boomin’ return with Savage Mode II, the follow-up to 21 Savage’s 2016 album, Savage Mode. Both men have sharpened their respective skills by light years over the last four years. The beats are sharp, and 21 Savage’s flow is unbreakable, as they shift toward a much more personal sense of street politics. But really, having Morgan Freeman serve as the album’s host, with voice-overs cropping up between songs, pushes Savage Mode II to a higher level of the playing field. And hearing Freeman get into the nuts and bolts of how “a snitch is at least a human, but a rat is a fucking rat” in the song “Snitches & Rats (Interlude)” qualifies the album as a straight-up epic entry in the annals of Atlanta trap music.

The album’s lead single, “Runnin,” is 21 Savage by the numbers. It’s the later singles and deep cuts — “Mr. Right Now” (feat. Drake), “Rich Nigga Shit” (feat. Young Thug), and the sinister “Glock in My Lap” that illustrate the smooth and complex chemistry that 21 Savage and Metro Boomin’ have developed together. But it is Freeman’s monologue in “No Opp Left Behind” that brings the album’s message into sharp focus: “A wise man knows not to have a lot of enemies. The friction of constant conflict is a distraction in life. And left unchecked can end up being what subtracts him from life. If possible, all enemies should be eliminated.”

Shortly after announcing that drummer Tyler Peacock had left Misanthropic Aggression, bass player/vocalist Jake Benedict and vocalist/guitar player Chris Hammer are soldiering forward with their blend of blackened and brutal hardcore. On November 17, the group will release the Covid-19 Reset EP via Boris Records. The tape features six new songs that find Benedict taking over drumming duties — at least for this recording. The first song to be released from the EP, “The Effect of COVID-19 Isolation on the Mind / Unda Nona” is a twisted maze of scream therapy that tackles depression head-on.

“It seems to me like society has been paused and reset because of this pandemic,” Benedict says. “Our band has been as well. We went from working on the Alcoholic Polyneuropathic Freaks in Hell seven-inch for a year, had an eight-day tour booked, and BOOM, six months later no one’s been to a show in five months — and our drummer quit. We didn’t intend on releasing anything so soon, but I wanted to hurry up and establish that the band will not be stopped. I actually feel more and more embarrassed and discouraged to even play music in this environment,” he goes on to say. “Feels like selling snake oil to an empty auditorium. I guess the tape will come out and that’s it. I’m not planning anything.”

The COVID-19 Reset  EP is currently up for pre-order via Bandcamp. Keep an eye out for limited-edition bundles that include flags, long-sleeve shirts, and more.