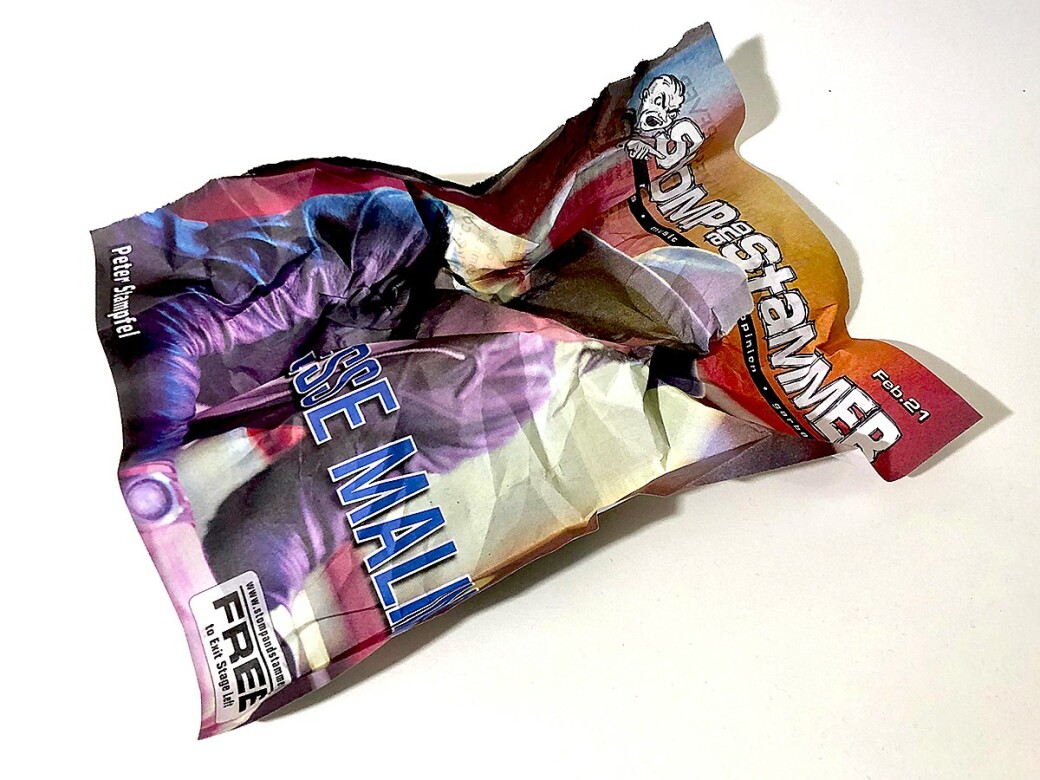 Stomp And Stammer has shut its doors. Closed. Folded. Exited stage left. The 25-year-old music magazine started by Jeff Clark — and Steve Pilon — produced by Jeff Clark, and maintained by Jeff Clark, was stopped by Jeff Clark. It was an abrupt ending. While he had been considering such a move, Clark decided to call it quits while working on the February 2021 issue.

Not everyone in the Atlanta music community is upset with Clark’s decision. If you listen, you can hear disparaging words echoing through the city too busy to hate because many Atlantans were never too busy to hate Stomp And Stammer. The frustration and anger over the magazine was fueled by Clark’s own venomous attacks on people, bands, and any other subjects covered by the masthead’s declaration, “news, music, noise, opinion, garbage.” It wasn’t always that way.

For years, Stomp And Stammer was a voracious and avid supporter of the local Atlanta alternative and rock music scene. Sure, there were bad reviews published in the monthly publication, but good music isn’t what’s always released. It’s the critic’s role to make distinctions between good and bad. In fact, over the years, a scathing review from S&S became a badge of honor to many musicians in this city. But it wasn’t the attacks on a band’s music that turned the tide of popular opinion against Clark and his magazine. It was Clark’s personal attacks on musicians, and members of the Atlanta community, that altered readers’ perception of the magazine. It all came to a climax when Clark — his insidious comments building one upon the other over the years, each month a comment more culpable than the last — ravaged in print the memorial service for the late Ria Pell, a fixture on the Atlanta alternative scene, and beloved owner of Ria’s Bluebird Cafe.

Clark never should have done it. And it’s a shame he did, because with that one rant, Stomp And Stammer lost credence among many of its readers — and certainly among the liberal and close-knit Atlanta music scene, because, the personal attacks aside, Clark’s right wing ideology put him at odds with much of his readership. Yet when Clark wrote about music, and only music, he was damn good. When he interviewed someone, you got to know the person behind the answers. Clark, and the rest of the writers who contributed to Stomp And Stammer over the years, held together a music scene, with the magazine’s influence far greater than many of its readers and detractors realize.

When I first heard Stomp And Stammer was no more, I called Clark to verify it. I told him I was sorry to see the magazine go. I told him I thought he had done a good job juggling so many hats — publisher, editor, writer, advertising sales, distribution — to make his dream of 25 years ago a reality. He told me his decision came down to COVID-19. His was a music magazine that lived and breathed the live music scene in this city. All of its writers loved music, musicians, concerts, bands … but, with most of Atlanta’s live music venues unable to open their doors during the coronavirus pandemic, with local bands unable to play out, with national bands not touring, there was no live music in Atlanta these past 10 months. And with no live shows, there were no advertising dollars to keep Stomp And Stammer going. In the early days of the pandemic, Clark suspended publication of his magazine. Then, in June or July, he started it up again. It was a losing proposition. Each issue put him in debt. And there was no end in sight for how long most live music clubs in Atlanta would be closed.

But no one talked about how hard it is to maintain a publication — or any business, for that matter — when Clark announced he was ceasing Stomp And Stammer’s publication with the February issue. No. Many people reveled in the news — some guilty of the same vitriol they had accused Clark of, in declaring their hatred for Stomp And Stammer and what it had become after Clark published that inexcusable editorial in January 2014.

When our telephone conversation ended, I have to admit I was somewhat depressed by the turn of events. I had hired Clark as a writer for Creative Loafing when he was fresh out of Georgia State University many, many years ago. He had taken whatever he may have learned during his years writing for this paper and in reading others and turned it into something of his own — and kept it going for 25 years. I think people will miss Stomp And Stammer long after the thrill of its demise is gone. —CL—