Screen Time: Ready or not, the movies return 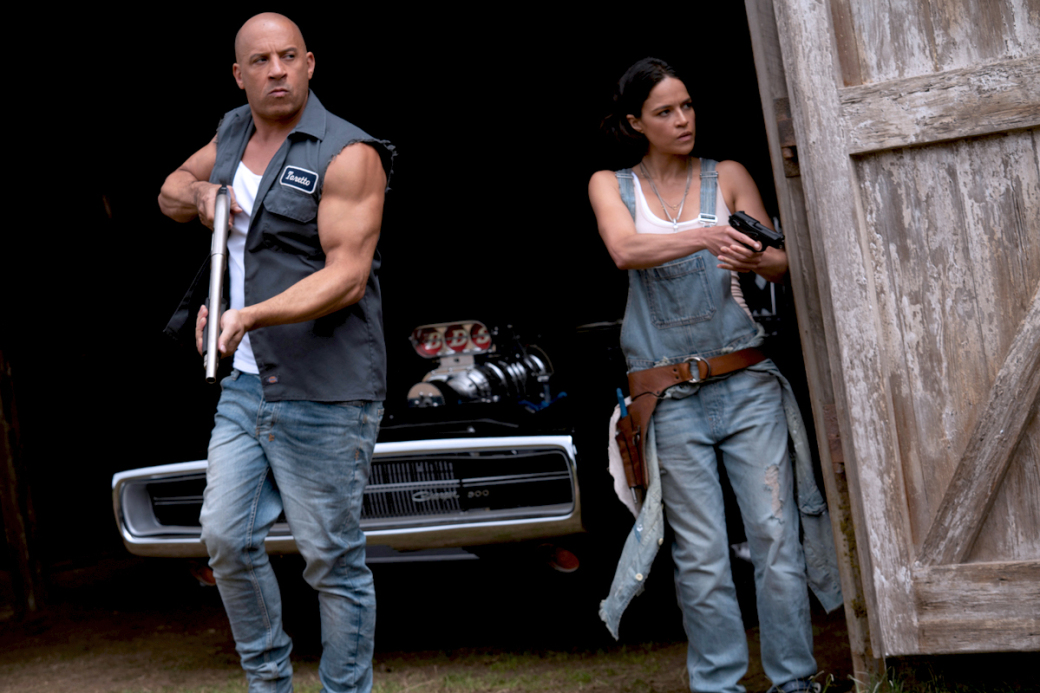 It’s not like I find Vin Diesel irresistible. Usually I find the Fast and Furious front man quite easy to resist.

The final trailer for F9, the latest F&F installment, presents both the actor and the fast-car franchise itself at their most corny and self-important. Diesel drives down a lonely road, steps out of a car, and directly calls audiences to return to movie theaters. “We’ve gone through a year that tested us, but we’re starting to see the promise of a new day,” he rumbles. “After staying apart for so long, it’s time to come back together.”

And dammit, the appeal works on me. Partly it’s because coronavirus vaccine rates are high enough that, for fully vaxxed moviegoers, going to the movies seems significantly safer than it has been since the beginning of the pandemic.

Plus, the F9 trailers promise outlandish set pieces with magnet cars, rocket cars, and somersaulting trucks when the film opens June 25. Who wouldn’t want to see such automotive mayhem on a big screen? I’m not made of stone.

Cinema chains like Regal have gradually been reopening in recent weeks and big, long-delayed films have been playing in them. Whether audiences will return en masse remains to be seen, but this year’s “summer blockbuster season” probably began Memorial Day weekend with the releases of the apocalyptic horror film A Quiet Place Part II and Disney’s Cruella, starring Emma Stone as the bane of the 101 Dalmatians.

This list reviews most of the major films scheduled to be released in Atlanta theaters for the rest of the summer. And some of them won’t just be in theaters. Remember that “Disney+ With Premiere Access” means you can watch it at home if you’re a Disney subscriber and pay extra. And Warner Brothers’ releases will play simultaneously in theaters while running a month on HBO Max. (All dates subject to change.)

The Conjuring: The Devil Made Me Do It (June 4 in theaters and on HBO Max) — One of the most successful cinematic “extended universes” is The Conjuring series of horror films and spinoffs. The third in the eponymous trilogy brings back Patrick Wilson and Vera Farmiga’s ghost hunters to investigate a murder case that involves demonic possession.

In the Heights (June 11 in theaters and on HBO Max) — Before finding stardom with Hamilton, Lin-Manuel Miranda made his Broadway reputation with this exuberant musical about New York’s Washington Heights neighborhood. Director Jon M. Chu’s adaptation seems similarly splashy as his prior hit, Crazy Rich Asians.

Rita Moreno: Just a Girl Who Decided to Go for It (June 18) — Mariem Pérez Riera’s documentary covers the decades-spanning career of actor Rita Moreno from before “West Side Story” to the new reboot of “One Day at a Time.”

I Carry You with Me (June 25) — This award-winning U.S./Mexican co-production depicts a long-standing romance between a chef and a teacher (Armando Espitia and Christian Vázquez) that weathers the societal pressures of the two countries.

Zola (June 30) — A notorious 148-tweet Twitter thread inspired this comedy-drama about a waitress and a stripper whose road trip leads to drugs, prostitution, and violence.

The Forever Purge (July 2) — The fifth and allegedly final entry in The Purge horror film series depicts a Mexican couple under siege at a Texan ranch as the U.S. descends into anarchy.

Space Jam: A New Legacy (July 16 in theaters and on HBO Max) — Basketball star LeBron James takes the lead in this reprise of the apparently beloved original Space Jam. With his son kidnapped in the “Serververse,” LeBron must recruit the Looney Tunes characters for a high-stakes basketball game. The trailer promises cameos from seemingly every character in the Warner library.

Jungle Cruise (July 30 and on Disney+ with Premiere Access) — While Pirates of the Caribbean became a hit film series, the other movies based on theme park attractions were largely ignored, such as Tomorrowland and The Country Bears. This take on the Jungle Cruise ride looks like a romantic adventure along the lines of The African Queen, with Dwayne Johnson’s riverboat captain taking Emily Blunt upriver. (Filmed in Georgia.)

The Green Knight (July 30) — A24’s adaptation of  the 14th-century poem “Sir Gawain and the Green Knight” stars Dev Patel as an Arthurian knight on a quest to confront the supernatural title character. The atmospheric trailer promises haunting imagery from filmmaker David Lowery (A Ghost Story).

The Suicide Squad (Aug. 6 in theaters and on HBO Max) —After the mixed response to 2016’s Suicide Squad, this sequel brings back Margot Robbie’s Harley Quinn but not Will Smith’s Deadshot for another doomed mission. Guardians of the Galaxy director James Gunn seems eager to embrace the premise’s violent slapstick and comic book silliness, bringing in D-list characters like King Shark and the Polka Dot Man. (Filmed in Georgia.)

CODA (Aug. 13) — A hit at this year’s Sundance Film Festival, this family drama stars Emilia Jones as a teenage coda, or child of deaf adults.

Free Guy (Aug. 13) — This action-comedy set in the world of a video game depicts a background “non-player character” (Ryan Reynolds) who becomes self-aware and tries to become the hero.

Respect (Aug. 13) — Oscar-winner Jennifer Hudson stars as the Queen of Soul, Aretha Franklin, in this musical biopic shot in Atlanta and Detroit.