BLUES & BEYOND: Back to the blues 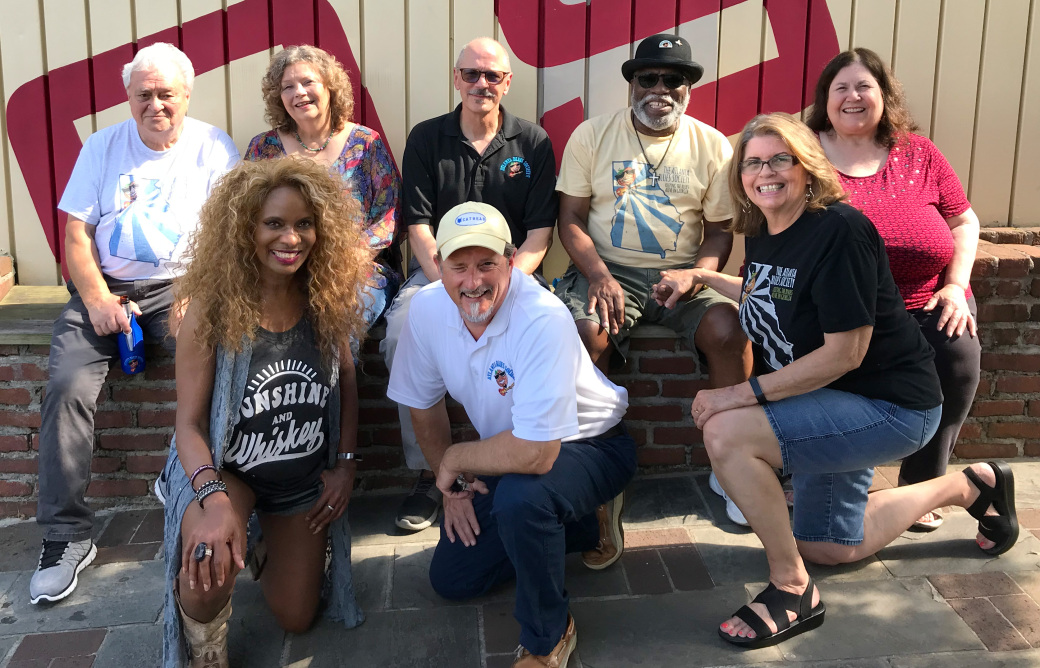 It has been a long, trying, frustrating year and a half for everyone involved in live music, from musicians to venue owners to production personnel of all genres of music. But the blues, which lives and dies by the in-person experience, has been particularly negatively affected by the pandemic. The musicians in many of the more popular national acts are older and appeal to a similarly aged audience. Even if they wanted to play, coronavirus be damned, there were limited venues open for business. And for the few places that did keep their doors open, the promoters didn’t have the confidence that a large enough crowd would attend to pay the guarantees of the few national acts that took to the road. It was a hopeless situation. In the Atlanta area, at least one club, Gypsy Rose in Roswell, shut down entirely.

Then came vaccinations — and hope. With a (mostly) vaccinated population, the blues was back in business. Almost.

All restrictions on stages in Georgia were lifted in May due to the effectiveness of the two major vaccines, which added to a more positive outlook by people who had been cautious about going out in public, especially among the demographic that generally supports the blues.

This was good news for the blues and better news for the KBA (Keeping the Blues Alive) award-winning folks at the Atlanta Blues Society. Under the leadership of co-presidents George Klein and Carlin “C-Note” Smith, the ABS has stayed active throughout the pandemic, even without live gigs for them to support and attend. That said, the popular, monthly Sunday ABS Gathering and Jam afternoons — with local talent performing and the evening ending with an always frisky jam session — that are a key part of the organization, had to stop, as did everything else.

The Atlanta Blues Society gathering and Jam afternoons returned in June, with the ABS determined to make up for lost time. In addition to the usual second Sunday of the month meetings, Klein is looking to add another monthly meeting, two weeks later in the month. It’s an idea Klein had even before 2020. “(The ABS Gathering) is always on Sunday, which gives the (hosting) club a boost — the host venue gets Friday night revenue on a Sunday afternoon, plus, most bands don’t have gigs on Sunday, either, offering them another chance to play.” That’s a win-win for everyone. July’s ABS meeting is scheduled for July 11 at Magnolia Lounge in Forest Park.

But it’s just part of the now-revived ABS plans. They are arranging a “Women in the Blues” gig hosted by Dianne Durrett on Sept. 26 at Blind Willie’s. The Blues Stotts concert, a yearly Cystic Fibrosis fund raiser dedicated to the memory of late blues supporter Larry Stotts, and featuring some of the finest local and occasionally national names, is already locked in for October 23 at Blind Willie’s. In addition, and perhaps most critical, the annual Atlanta Blues Challenge (ABC) ramps back up this year.

The ABC is by far Atlanta’s biggest and most prestigious blues event. The winners in the three categories (Solo/Duo Act, Band Act, and Youth Act) then represent the city and the ABS by competing for national honors in Memphis during the International Blues Challenge (IBC), notably with all expenses paid by the ABS. The next IBC is scheduled for January 18-22, 2022.  The Atlanta Blues Challenge is August 22 at Mad Life Stage & Studios in Woodstock. Signing up to play the event gets each entrant a high-definition video and audio (fully mixed-down multitrack) file of their 25-minute set. “We then give the winners all the studio time they need to cut a master disc,” says Klein. This is in addition to the prize money and the funded Memphis trip. If you’re reading this and are in a band, or know someone who is, and think you have good enough stuff to participate in the Atlanta Blues Challenge, click on the ABS web page at www.atlantabluessociety.org for details. It’s a sweet deal but, as the cliché goes, you can’t win if you don’t play.

The year 2021 may not bring us entirely back to where we left off in mid-March, 2020, but, with the help and guidance of the Atlanta Blues Society, an organization any city would be proud to have spearheading its blues scene, we’re getting there.

Sat. July 3, Spike’s C.B.G. Project, Blind Willie’s — Three young guns from the Atlanta blues scene — Cody Matlock, Brooks Mason (Eddie 9V), and Garrett Collins, team up for a triple header of roots-rockin’ ’n’ soul. Each a headliner in their own right, having them on the same bill is a special treat not to be missed.

Sun. July 11, Mike Farris, Eddie’s Attic  — Once you hear Mike Farris’ voice, you’ll never forget it. The one-time hard rocker turned to religious music for a while, but then shifted to secular soulful blues and R&B where his searing vocals reach out, grab you, and won’t let go. Even solo, it’s a riveting experience.

Sun. July 18, Jimbo Mathus, The Garden Club at Wild Heaven — Occasional Squirrel Nut Zipper frontman Mathus has always been a man out of time. His swampy take on the deep Mississippi blues is soulful, raw, and intoxicating. A recent duo release with Andrew Bird got him some much-needed attention, so expect songs from that album. But he has been releasing earthy music for decades and can dip into any number of those selections.

Fri. July 23, Kevin Daniel, Red Clay Music Foundry — Singer/songwriter Daniels is promoting a fourth, new release, Been Here Before, a gritty, soulful slab of Southern pop rock with at least a few tracks catchy enough to put him on Americana radio next to staples like Chris Stapleton and Jason Isbell. Catch him on the way up.

Sat. July 24, Strung Like a Horse, The Garden Club at Wild Heaven — A little country, some bluegrass, a smidgen of pop, and enough improvisation to attract the jam crowd are the ingredients that make Strung Like a Horse such an enticing live act. It’s an intoxicating, rootsy mix that’s frisky and fun.

Thurs., July 25, Sarah Potenza, Eddie’s Attic — Raspy voiced Potenza blew ’em away on 2015’s The Voice with a searing version of the Faces’ “Stay With Me.” But that’s just a taste of her powerful voice and brassy stage presence. The intimate Eddie’s Attic should barely contain her outsized personality.

Fri. July 30, Anya Hinkle, Red Clay Music Foundry — Call it bluegrass-tinged Americana, but once you hear Hinkle’s clear, sweet voice, all genres are out the window. She’s sure to play her sassy new single “Why Women Need Wine,” with its bluesy fiddle and wry lyrics, which alone is worth the admission.

Sat. July 31, Lauren Morrow, Eddie’s Attic — Those familiar with Atlanta’s The Whiskey Gentry know Morrow as the tough, feisty frontwoman of that band. She and her husband have since moved to Nashville, but she returns for this acoustic show to display her strong new singer/songwriter material and powerful, red clay-tinged vocals. —CL—