The Atlanta indie label mines its catalogue for vinyl reissues 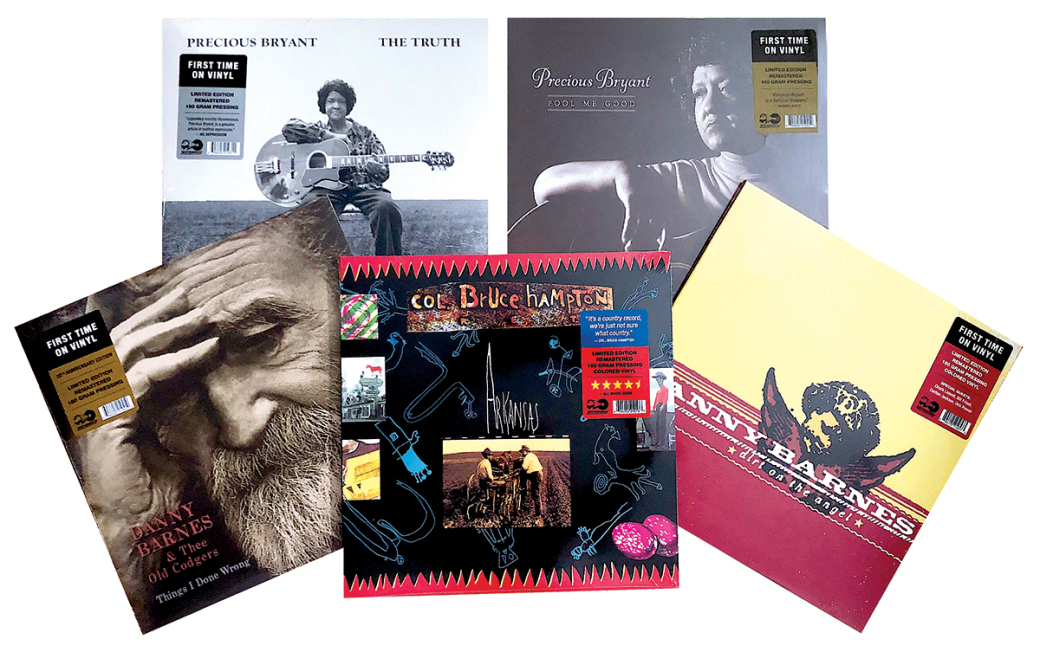 Record Store Day has become Record Store Drops this year, thanks to the coronavirus pandemic. Last year the “drops” were scattered over three months. This year, the first was June 12, with the follow-up being July 19. Appropriately named, these drops, because most of the Record Store Day releases are like the bird shit that falls on your windshield. It’s aggravating and annoying. Oh, but wait, it’s the great “vinyl” revival! No, it’s just another means of major labels taking money out of your PayPal account by releasing crap you don’t really need in “limited editions” that are no more collectible than something your grandmother would’ve bought from the Franklin Mint.

The music should be what you’re after, and a high-res digital stream or SHM-CD is going to beat the sound of your vinyl — usually pressed from a digital master — any day. But vinyl is the reason for the season, so the fetishists line up with bated breath hoping to score something they wouldn’t buy ordinarily because it’s got the “RSD” seal off approval. It’s a total fucking laugh.

Record Store Day may have had an honorable purpose early on, getting customers back into locally-owned retail record shops — and breaking them of the habit of buying online — but not any more. It’s a marketing tool, one that each time it comes around, whether in the spring or after Thanksgiving, offers you less for more of your money than before.

That’s not to say all titles released on vinyl and celebrated in such a calendrical fashion are not worthy of genuflection. Indeed, if anything, this mass “niche” marketing ploy has actually created an awareness and opportunity for independent labels to bask in the shared spotlight. Take for example, the Atlanta-based Terminus Records. The small label, which hasn’t been very active for years, will reissue 11 titles on vinyl from its eclectic catalog over the course of four months. By tying in with Record Store Day Drops, the brothers Jeff and Steve Bransford, who first founded the label in 1999, are garnering more recognition by doing so than if they had chosen to release the albums at another time of the year.

Terminus Records established its re-emergence May 14, releasing two titles from its eclectic, 30-title catalogue, Precious Bryant’s The Truth and Things I Done Wrong by Danny Barnes & Thee Old Codgers. But it wasn’t until June 12, the first Record Store Drops of 2021, that they made an impact, with the release of three records — Col. Bruce Hampton’s Arkansas, Precious Bryant’s Fool Me Good, and Danny Barnes’ Dirt on the Angel. Those releases are set to be followed over the next two months by Slang, The Bellwether Project; Big Ass Truck, Who Let You in Here? (July 2, 2021); Jerry Joseph & The Jackmormons  Conscious Contact; Boyd Rivers, You Can’t Make Me Doubt (July 12, 2021); Mylab, Mylab (July 23); and a second Slang album, More Talk about Tonight, (August 13, 2021).

The original recordings have been remastered by Grammy-nominated engineer, Pete Lyman (Chris Stapleton, John Prine, Jason Isbell), at Infrasonic Mastering. They are being pressed on high-quality, 180-gram vinyl by Kindercore Vinyl in Athens, Georgia (many on colored vinyl), with fully reconstructed packaging, including Stoughton Tip-On Gatefold jackets.

Arkansas is perhaps Hampton’s best album recorded under the “Col.” monicker. Originally released by Landslide Records in 1987, Terminus first reissued it on compact disc in with two bonus tracks in 2000. Now partnering with Mempho Records, Terminus has done a superb job with the remastering process on Arkansas as well as on the other new releases. Don’t buy these records just because they are on vinyl, get them because the music will move you and soothe your soul at the same time.

The two offerings from Precious Bryant find the blues person in fine form, her Piedmont finger-picking style vibrant and pure. The Danny Barnes titles are early Americana offerings that helped set the stage for that music. As for the Slang albums, they may be appealing because of the contributions from Dave Schools (Widespread Panic) and Layng Martine III, but they also include appearances by Lori fucking Carson.

In a recent press release, the Bransford brothers offered this: “We have taken great care to make these vinyl reissues special. We hope that long-standing fans and a new generation of music lovers will enjoy the beautifully updated packaging and audiophile quality of these remastered records.” And if we’re lucky, they’ll mine other titles in their catalogue, to continue spreading their specialized roots, rock, jazz, and electronic music. —CL—