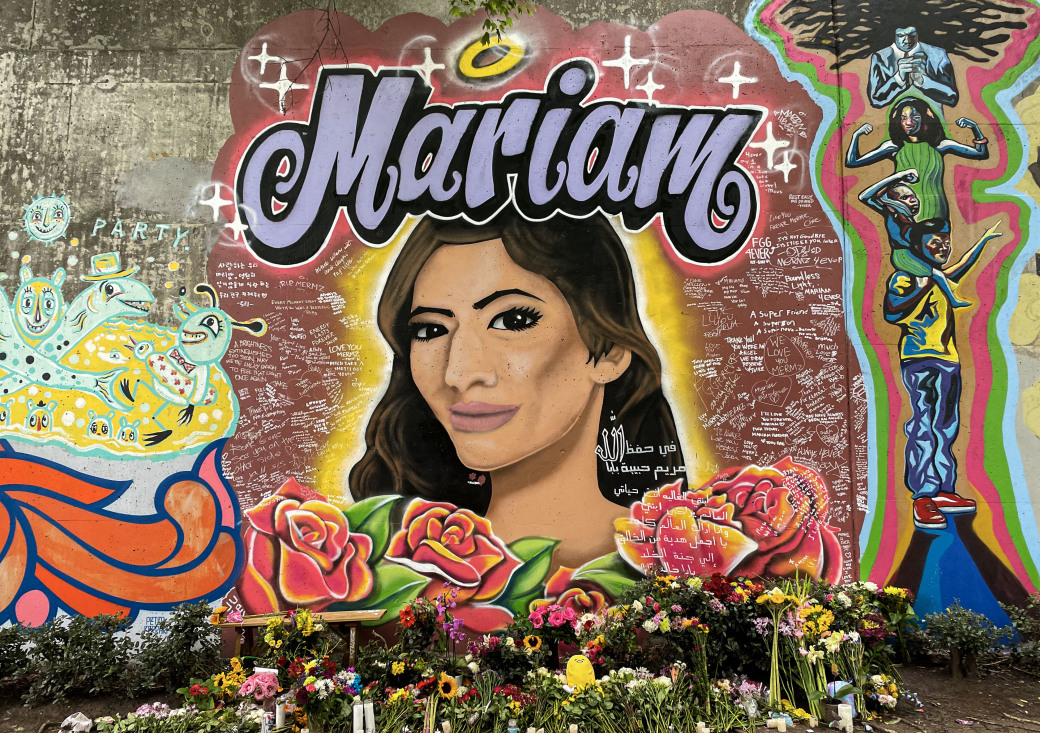 Photo credit: Jessica Goodson
IN REMEMBRANCE: A group of local artists painted this mural near the Krog Street tunnel over the weekend.
By Jess Goodson Wednesday August 18, 2021 12:48 PM EDT

The loss of Mariam Abdulrab has sent shockwaves of grief and disbelief through much of Atlanta. Whether the relationship was for five years or for five minutes, those who knew Abdulrab, loved her. She was a sister, friend, daughter, partner, ally, a dog-mom, and so much more.

Her father Khalid Abdulrab remembers her as “peaceful and loving.” Her friends and coworkers in the service industry describe her as a light to everyone she encountered — and note that there were few things she wouldn’t do for the people she loved.

From friend Nina Ware, "Shakti Gawain said, 'The more light you allow within you the brighter the world you live in will be.' These words are Mariam personified. It was difficult to put on a frown or feel sadness in her presence. Her genuinely sweet disposition was contagious and healing. In her presence, you felt lighter in a world that is heavy with pain and heartache. Her love showed through to each soul she touched. We should all to live by her example. We owe it to her to continue spreading light upon this world. Rest now, sis, you are so loved.”

A public vigil for those who knew and loved Abdulrab is being held this afternoon, Wednesday, August 18, at the Old Fourth Ward Park at 6:30 p.m.

A gofundme page has been organized by a family friend of the Abdulrabs. In response, the family released this statement, “Thank you for the overwhelming love and support shown by many over the last few days. The amount of people reaching out to help in any way possible really reiterates that Mariam was a light in the community. Be safe. Life is precious. Mariam forever.”

Abdulrab was abducted outside her home in Chosewood Park early Friday morning, August 13, after returning from a bartending shift at Revery VR Bar. Her body was found only hours later at the intersection of Lakewood Ave. and Terrace Way in the Lakewood Heights neighborhood. A “shots fired” call was made in that area earlier that morning, after which Abdulrab’s body was discovered.

Over the weekend, 27-year-old Demarcus Brinkley was charged with murder in the shooting death of Abdulrab, along with aggravated assault, false imprisonment, possession of a firearm by a convicted felon, and possession of a firearm during the commission of a felony. He was apprehended following a high speed chase in Griffin, Georgia. In 2013, Brinkley was charged with aggravated child molestation, child molestation, criminal attempt to commit rape and first-degree cruelty to children and served seven years in custody until November 2020 when he was released early from his original 15 year sentence. —CL—