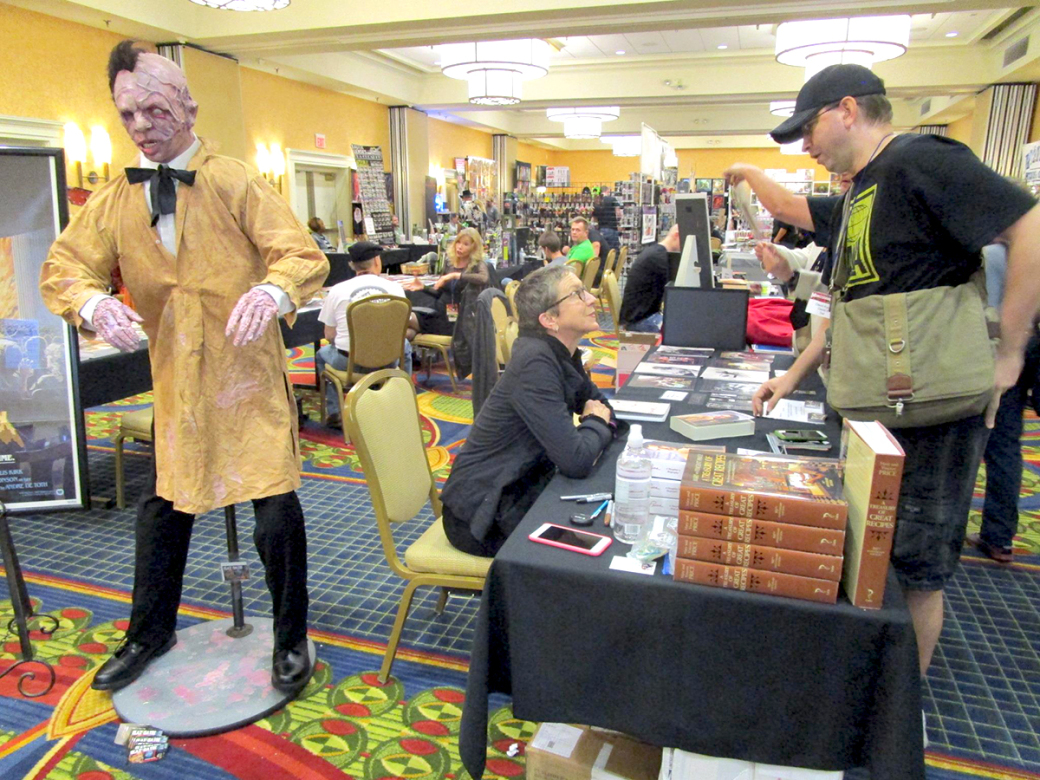 The Monsterama and Spy Con conventions are being rolled into one major event this year at the Atlanta Marriott Alpharetta, Oct. 8-10. Organizer Anthony Taylor will be hosting actors Lana Wood, Caroline Munro, Elizabeth Shepherd, Trina Parks, Tiffany Grant, and author Dacre Stoker, among plenty of others.

Munro will be talking about her roles in Bond films and hammer horror movies as well as in The Golden Voyage of Sinbad and At The Earth’s Core. Elizabeth Shepherd, who played the lead role in The Tomb of Ligeia with Vincent Price, is joining in as the mascot for the Tomb of Monsterama, this year’s theme for the retro horror and sci-fi con. 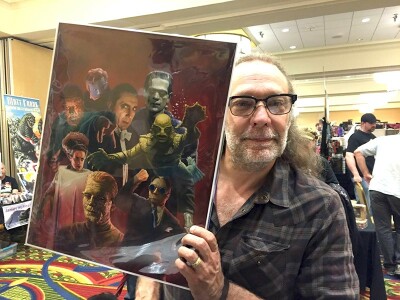 There will be a Paul Naschy Film Festival hosted by Rodney Barnett of the Naschycast podcast. “Our Monster Prom is always popular,” Taylor adds, “and Valentine Wolfe is returning to do a concert.” Shane Morton and Madeline Brumby will be in attendance, selling artwork and presenting a Silver Scream Spook Show. The SSSS live performance will celebrate the 50th anniversary of Escape from the Planet of the Apes, which, of course, will be screened following Morton and Brumby’s live show. “You can expect a lot of humanoid apes running around, and some guy whose name I didn’t catch is going to be there with a giant ape costume causing trouble,” Morton says, undoubtedly referring to Spook Show performer and friendly giant, Jim Stacy.

Six separate programs will run all weekend long: main programming, Spy Con, maker, literary/art/comics, media and a new kaiju room for fans of giant Japanese monsters. There will be demonstrations for art, makeup and other creative pursuits. Film experts will share their analysis of great movies, and fans will revel in costume contests and panels celebrating all kinds of topics, according to Taylor, who added that  “espionage professionals” will also be on hand. In addition, classic genre films and television episodes will be screening all weekend long on 16mm film.

BOND, JAMES BOND: Spy fan James Strickland poses with some of his cars made famous by 007 that will be on display at Spy Con 2. Photo credit: GEEK BEHIND THE LENS

Taylor says tickets for the whole weekend are available online and are currently only $45.00, but they will go up in October and be more expensive at the door. Single day admissions will be available at the door and on the website soon. “Our host hotel has lost their minds and given us the crazy rate of only $83.00 a night for up to four people per room.” —CL—