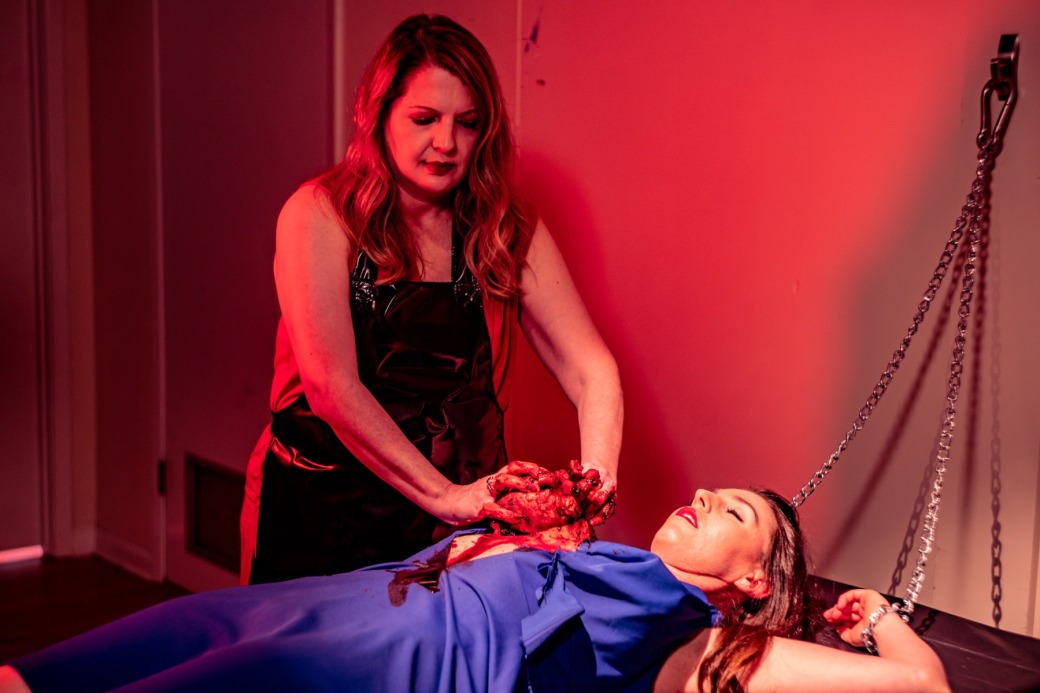 Kendall Keeling echoes what we all may consider when attracted to another person, "What do you look like on the inside? See, I really need to know."

Paired again with longtime musical co-hort Laurie Segars Morrison (they both played together in early Atlanta bands The Velvet Overkill 5 and Nancy Drew Blood), "Inside" delivers on the pop sensiblilities that pervaded both groups, but with a darkness not as easily discernible in those earlier efforts. "Inside" has a rhythmic thrust which propels the listener on a haunting journey of wonder and enchantment. However, with Keeling's penchant for horror films, the video takes the viewer further than most probably want to go.

Keeling reveals, "My character is consumed by what makes these beautiful girls unique, what makes them special." Indeed, as we learn by the video's end, the Polaroids of the "beautiful girls" we see early on are indicative of much more than momentos of friendship, they make up a list, of which the latest victim (portrayed by Madeline Brumby) is one of many. The turn of events certainly makes you reconsider any invitation to a cocktail party Keeling might extend.

Listen and watch "Inside" here.