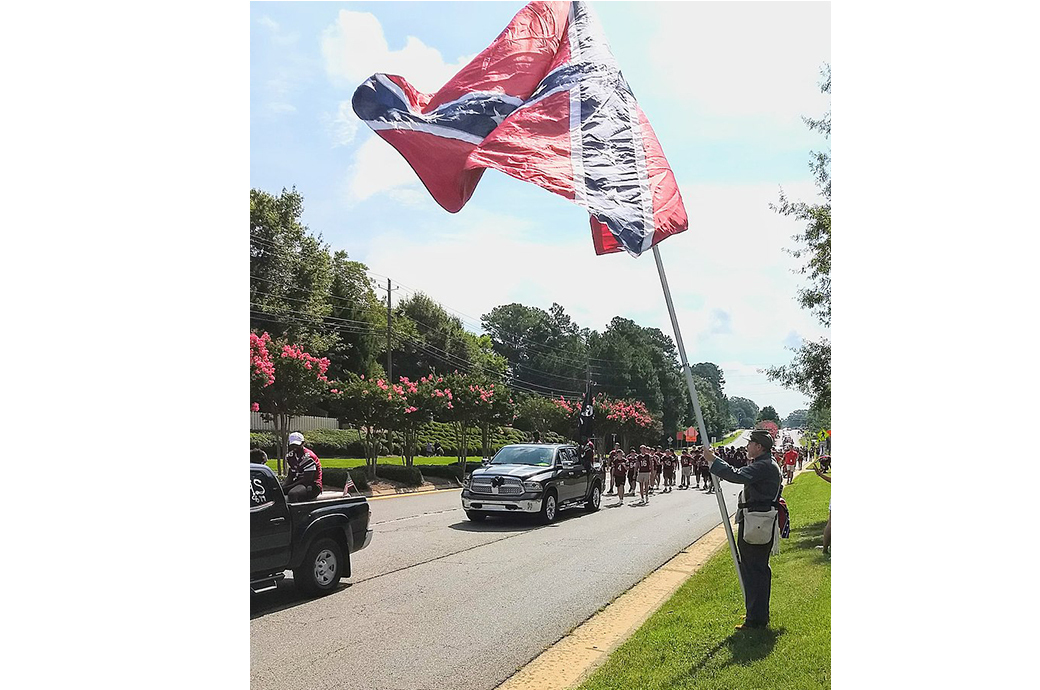 A 2019 lawsuit filed by two Alpharetta residents objecting to a ban on Confederate flags at an Old Soldier Day parade was denied by a Judge in 2020. On Appeal to the 11th Circuit, the law was once again ruled constitutional by the 3 judge panel. The case asserted the rights of the residents to exercise their right to free speech.
washingtonpost.com