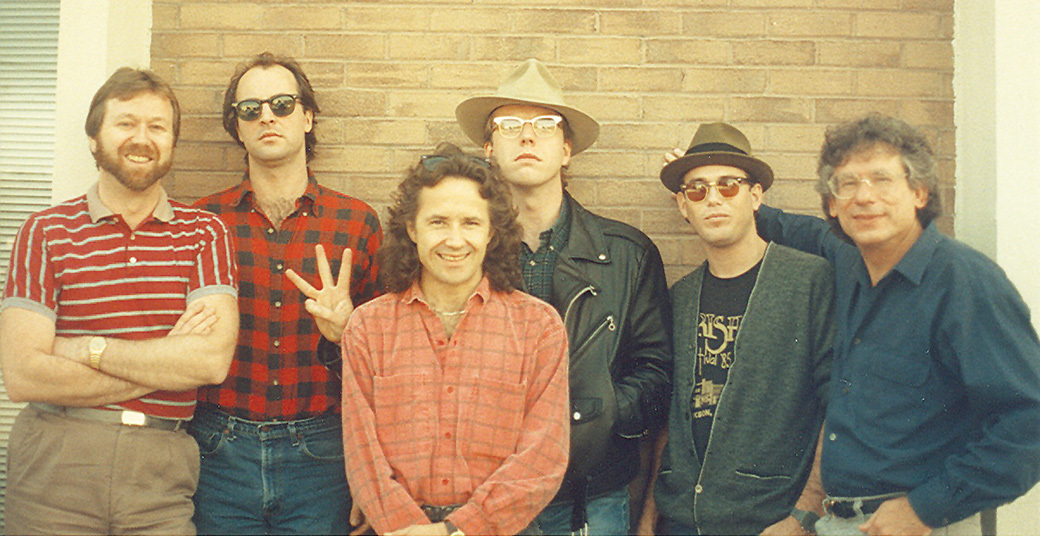 There are so many indoor album release gigs, concerts, and arts events on the radar and so little confidence in the COVID-safety of most venues for those over-65, immunocompromised folks, like your correspondent. While Georgia’s feckless Republican leadership piddles around the problem, a majority of the state’s unvaccinated Republicans are pledging not to get a shot, according to an AJC poll published in May. How special is that?

“I watched a 28-year-old, previously healthy, unvaccinated patient die from COVID complications,” said Dr. Andy Jaffal, chief medical officer with Piedmont Atlanta. “And while we value every life, that one was tough because it could have been prevented.” Jaffal noted that 97 percent of COVID-19 patients in the intensive care unit at Piedmont were unvaccinated.

The good news is, as of late September, numbers of confirmed new cases and hospitalizations were trending downward. The not so good news is that many Georgia hospitals remain severely strained by the recent surge, attributable to a combination of factors, including school openings without a statewide mask mandate, the return of in-office work, and the emergence of the Delta variant. The spike has been distinguished by an uptick in infections among younger people, including teens and children.

Given Georgia’s COVID vaccination rate, which consistently ranks well below the national average, the chance of a significant, sustained turnaround and a return to hanging out in clubs, bars, restaurants, and art galleries with friends and strangers — at least in the short-term — seems unlikely.

Meanwhile, from the Listening Post’s listening department come a few recently released albums to cleanse the stained soul, brighten the dull mind, and swing your partner round and round.

Local country-rock troupe Evan Stepp & the Piners celebrated the release of Can’t Stay for Long, the band’s first album on Numbers Station Records, with a concert at The Earl on September 25. The album features half a dozen songs by front man Stepp whose dulcet-hued, tenor voice is the perfect delivery vehicle for material that reaches deeply into the introspective recesses where hard lessons involving shame,  naïveté, loss, and emancipation (if not redemption) lurk.

Accompanying Stepp on Can’t Stay for Long are Ben Jordan on lead guitar, Jeremy Ray on bass (also responsible for the album artwork), Katie Butler of W8ing4UFOs on viola and keyboards, Steve Seachrist on pedal steel guitar, and Blake Hall on drums. The Piners are a hard-charging, hit-your-marks collaboration. While Jordan, Ray, and Hall propel the music with razor-edged, rock-tinged dynamism, Butler and Seachrist impart just the right amount of sweet country twang and smooth background harmonizing to the mix.

A distinctive aura of ardent sincerity and brutal honesty emanates from Can’t Stay for Long, courtesy of Stepp’s relentlessly thorough analysis of the human condition. For all the raucous, exultant boisterousness conveyed by the music, the lyrical content conjures up either a confession between intimate friends or someone kneeling bedside in prayer — just like all the best country songs do.

For a taste, check out the video of Evan Stepp and the Piners performing “Rails” from Can’t Stay for Long. The album is available as a 12-inch, 45-rpm, 180-gram vinyl record or for digital download and streaming.

As Michael Rothschild, founder of Landslide Records, writes, it all started when “beyond classifiable” and Atlanta-based musician Bruce Hampton — then known as the city’s “only living art object,” but not yet a “Colonel” — told him in 1981, “You should start a label, man.” Landslide’s humble origin story is recounted in the liner notes for Landslide Records: 40 Years (see Hal Horowitz’s interview with Rothschild in next moth’s Creative Loafing.). The specially priced, two-CD package, which hits the streets October 29, chronicles four decades of shepherding some of the South’s most adventurous, intelligent, and deeply rooted artists and bands.

Lesser known but no less worthy artists on the 40 Years roster include Jan Smith, Jim Quick and Coastline, Scrapomatic, The Lost Continentals — featuring the singularly torchy intonations of former Atlantan and Dottie’s bartender Amy Lynn Pike scorching the earth on “Notorious” — and Curlew, an algebraic-jazz outfit led by George Cartwright on saxes and flute, Tom Cora on cello, Bill Laswell on bass, Nicky Skopelitis on guitar, and Bill Bacon on drums.

The groovy design of the 40 Years’s four-panel ecologically-manufactured packaging is the product of Flournoy Holmes, the Atlanta-based artist whose work has graced many of the label’s album covers including its first release, Outside Looking Out, by Col. Bruce Hampton and the Late Bronze Age featuring Billy McPherson, AKA Ben “Pops” Thornton.
Order your copy now while supplies last.

Beacon, the third release from cellist-songwriter Okorie “OkCello” Johnson, is an exquisitely beautiful recording imbued with keen introspective insight and visionary yearning sprinkled with a dash of metaphysics for extra crunch. During the last several years, Johnson has polished his artistic process, which relies on composed songs acting as a framework for looping and improvising, to diamond-sharp perfection.

On Beacon, which dropped September 25, the realization of this process is maximally evidenced across six songs interspersed with five “interludes.” Superbly mixed by Marty Kearns, each song is a deeply faceted gem cut with simple, lovely melodic lines propelled by soulful grooves rendered in dynamic tempos from hip-shimmying funk to contemplative drone. The interludes are short, off-the-cuff recordings of Johnson chatting and goofing around with his daughters, pondering the meaning of it all at age 46, and being Zoom-interviewed about Beacon, which is where the metaphysical aspect of the album most vividly materializes.

“I believe that art is an entity or energy that can travel between dimensions,” Johnson tells the interviewer. “The title of the album refers to a beacon (sent) through space-time to connect with the future self.” The music on Beacon is an artful expression of “the ability to travel between dimensions, between timelines, between times, (allowing) myself and people who connect with my music an opportunity to manifest the future selves they want to be.”

By my reckoning, listening to Beacon should be enough to make a believer out of almost anybody.

Beacon is currently streaming on Spotify and Apple Music and available for sale on iTunes and all digital platforms. On Saturday, October 23, Okorie Johnson will be performing with Ballethnic Dance Company at East Point City Hall in a program called Art in Motion. —CL—