Is it morally wrong to watch Dune on TV? 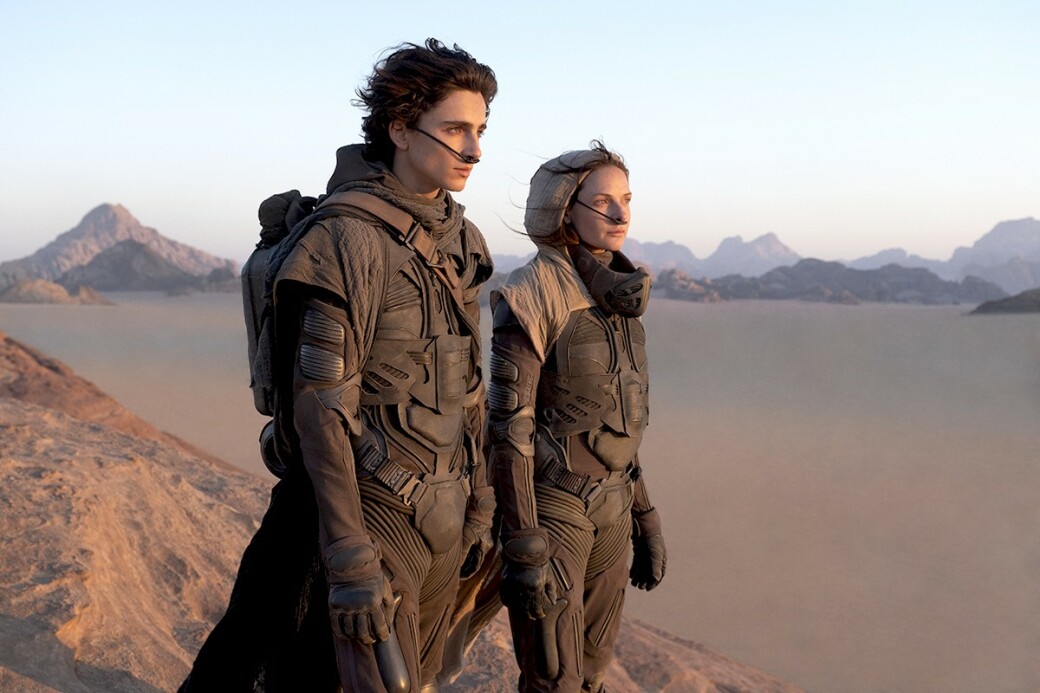 “The spice must flow” is one of many alien catchphrases coined by Dune and its adaptations, most recently Denis Villeneuve’s all-star film. In Frank Herbert’s bestselling book series, “spice” is essential to space travel but found only on the desert planet Arrakis. Nicknamed “Dune,” the planet becomes a prize for the powerful, resource-hungry “houses” of a galactic empire.

When published in the 1960s, Dune could be read as a metaphor for colonialism and the oil industry, with Arrakis’s indigenous Fremen resembling the nomadic Bedouin culture. The new Dune doubles down on the capitalist critique while also echoing the media environment that spawned the film.

In today’s streaming entertainment system, content is the substance that must constantly be flowing. Instead of the noble House Atreides competing with the rapacious House Harkonnen, we have prestige-oriented House Warner versus the acquisitive House Disney. The stakes riding on Dune’s success seem nearly as high as those within the sci-fi story.

As one of science fiction’s most beloved epic stories, Dune has long been viewed as raw material for another Star Wars-style success. George Lucas openly drew inspiration from Dune for the desolate planet Tatooine. The 1984 film version of Dune was a notorious disappointment, with David Lynch’s sensibilities inevitably clashing with the producer’s desire for a commercial space opera.

In some ways, Villeneuve’s version is even more austere than Lynch’s. The French-Canadian filmmaker seems highly conscious that Dune presents a white savior narrative with protagonist Paul Atreides (Timothée Chalamet), heir to House Atreides, being possibly the most privileged white kid in the universe. We see much of the story through his eyes as his father (Oscar Isaac) becomes steward of Arrakis, taking control from House Harkonnen. Like a college student radicalized by a trip abroad, Paul becomes increasingly invested in the Fremen’s well-being while the Harkonnens plot against his family.

Baron Harkonnen (Stellan Skarsgård) proves almost comically evil and sadistic. His sadism is only matched by his corpulence, looking as much like Jabba the Hutt as possible without being an actual puppet. The Atreides are more compassionate, but from the audience’s point of view (and implicitly the Fremen’s), the two houses don’t look that different. Both use mountainous spaceships to deliver armies in shock-and-awe displays, the main distinction being the Harkonnens have black armor and the Atreides have a grayer color scheme. The film carefully avoids glorifying either set of colonizers.

At two and a half hours, Villeneuve’s Dune presents roughly half the original book: “Part One” is even in the title. This leaves the ending unresolved by design but throws this individual film out of balance. The film seems to be setting up a contrast between the galactic houses, which dominate planets and their populaces, and the low-tech Fremen, who live harmoniously on Arrakis’s seemingly inhospitable landscape. But apart from Javier Bardem as a Fremen chieftan and Zendaya as a women in Paul’s dreams, we see very little of them until the last 15 minutes.

For his previous two films Villeneuve crafted two sci-fi masterpieces, Arrival and Blade Runner 2049. Neither of them can be calle “warm,” but Dune’s severe tone makes them look like the Paddington movies. If Warner Bros. was hoping for high-octane escapism, Dune offers a film that’s usually impressive but seldom much fun. It’s capable of exciting sequences, like a suspenseful rescue from a giant sandworm, but it feels less like an heir to Star Wars and more like a season of HBO’s Game of Thrones compressed into a single sitting.

Amid the monolithic, brutalist designs, dimly-lit sets, and booming soundtrack, the actors tend to get lost, although Chalamet makes Paul reasonably likable and Jason Momoa provides some swagger as Duncan Idaho, Dune’s closest equivalent to a Han Solo. Rebecca Ferguson gives the standout performance as Lady Jessica, Paul’s mother and a member of a powerful sisterhood in the Dune-iverse. Ferguson conveys the complexity of Jessica’s divided emotions while also emerging as a unique cinematic badass.

Dune was released simultaneously in cinemas and on HBO Max for a month, putting it squarely in a debate over whether studios and streamers should offer at-home viewing options while the pandemic continues unabated. Filmmakers like Villeneuve argue for the superior aesthetic of cinemas, and certainly viewers will better appreciate Dune’s massive spectacle on the big screen. And without a doubt, the dense plot will be more accessible without the distractions of home-viewing.

Audiences concerned about the delta variant shouldn’t feel guilty preferring to avoid the multiplex. But movies make more money from ticket sales, so seeing Dune in theaters can be considered a vote of support for not just a sequel but for better franchises in the future as well. Over the past decades, the corporate owners of Hollywood studios have embraced superheroes and sci-fi epics as a business model, targeting billion-dollar movies with international appeal over smaller films that might tell more mature stories.

No one would call Dune a “small” movie, but it’s an honest, thought flawed, attempt to imbue archetypal conflicts and lavish special effects with relevant themes and a distinct visual sensibility. Whenever idiosyncratic, challenging movies are ignored in theaters, it becomes more likely that theatrical fare will become more homogenous and less thoughtful going forward.

Of course, the Hollywood Houses could adjust their business model so it’s more diverse and less dependent on astronomically expensive franchises. But until then, the content must flow.

World Cinema: Fans of global cinema, take note. Two festivals devoted to the films of other countries screen in Atlanta in November. From Nov. 4-7, the 14th installment of Cinema Italy (cinemaitaly.com), postponed from 2020, brings a selection of six Italian feature films to the Plaza Theatre.

Then, Nov. 19-21, African Film Festival Atlanta (africanfilmfestatl.com) showcases the cinema of the African diaspora with a combination of in-person and virtual screenings. —CL—