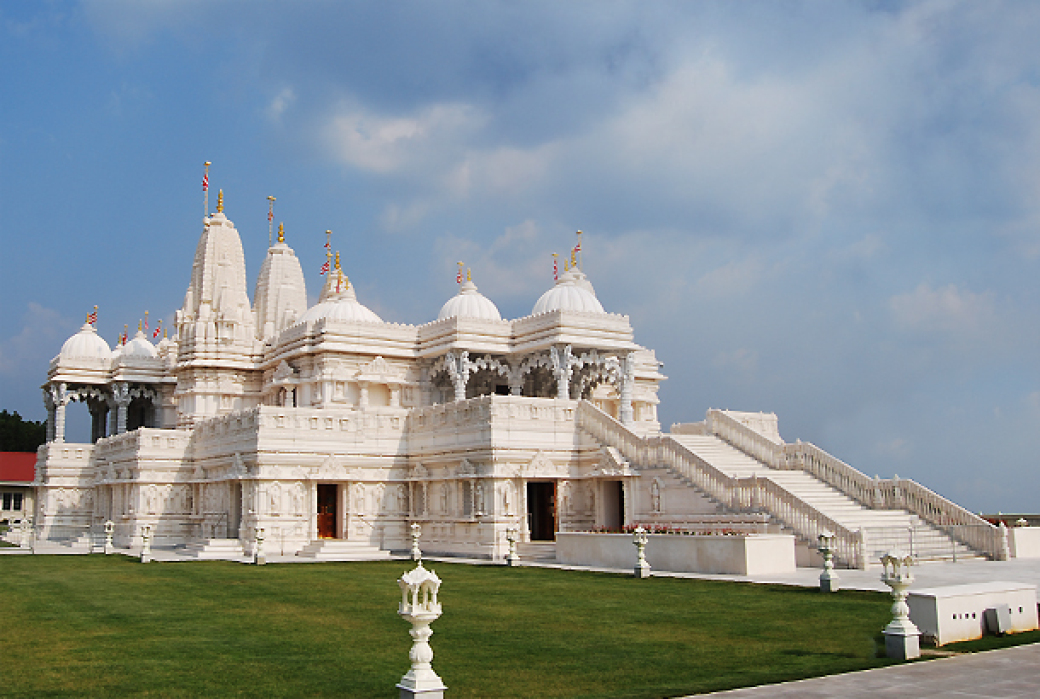 Photo credit: 22varshthiaalinemachhu/wikipedia
BAPS Shri Swaminarayan Mandir Atlanta
By CL News Staff Saturday November 13, 2021 06:00 AM EST
A prominent Hindu sect that operates temples in Atlanta and four other cities in the United States is being accused of violating labor and immigration laws after federal investigators discovered low-caste immigrants laboring at the sites under hazardous conditions for meager pay. The BAPS sect, which has had a Lilburn location known as Shri Swaminarayan Mandir since 2007, is said to have enticed laborers all the way from India to work at the temples with promises of fair wages and reasonable hours, and then paying them only $450 per month. A lawsuit filed in New Jersey against the sect claims BAPS officials obtained work visas for the “volunteers” by listing them as artisans with specific skills such as stone carving. The suit alleges workers had little time off from arduous and dangerous work that included moving stones weighing several tons and being exposed to harmful dust and chemicals. The men had been deliberately recruited based on their lowly status in India’s social hierarchy; they were then confined to their living quarters and prohibited from speaking to outsiders for fear of retaliation. Sect leaders have denied any wrongdoing. nytimes.com