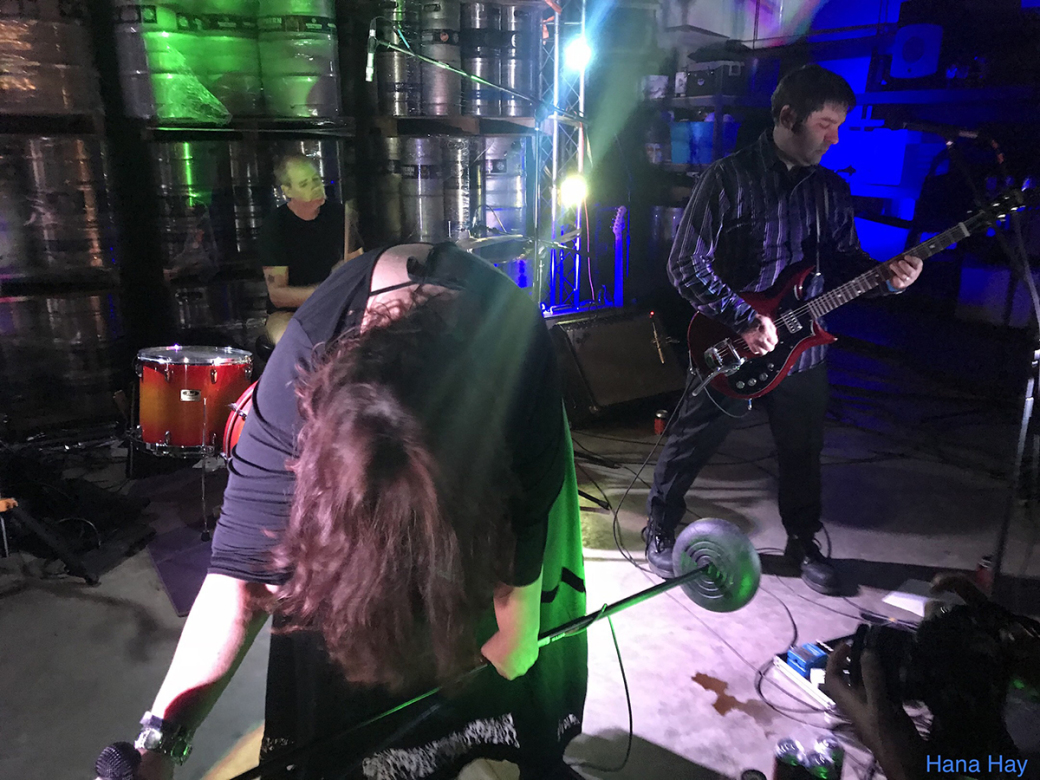 Before Atlanta became the capitol of Southern hip-hop, Athens enjoyed a reputation as the coolest, most creative place in Georgia. The success of R.E.M., The B-52’s and other 1980s alternative rockers shaped Athens’ image as a place of both cutting-edge artistry and sunny Southern hospitality.

In 1987 the documentary Athens, GA: Inside/Out took a loose, unstructured approach to capturing the sounds and personalities of the scene, largely avoiding thesis statements in favor of performances from R.E.M., critical darlings Pylon and more. The new documentary Red Turns Into Blue: Athens/Inside-Out 2, directed by Bill Cody, reconsiders the city’s culture for the 21st century, filling in some of the previous film’s blind spots.

At first, Red Turns Into Blue seems like it may keep one foot in the past, with its first sections catching up with Pylon’s Vanessa Briscoe-Hay and The B-52s’ Cindy Wilson. Briscoe-Hay, singing her signature tune “Crazy” with younger musicians in the Pylon Reenactment Society, particularly seems like a matriarch of the scene.

After those segments, however, the film spends more time with younger artists, frequently finding their musical interests entwined with political activism. If a single person embodies the film’s vision of Athens, it’s Mariah Parker, a University of Georgia Ph.D. candidate who raps under the name Linqua Franqa and won election to the Athens-Clarke County commission.

Parker speaks passionately about racial reconciliation in one scene, then gives an electric performance of the song “Gold Bike” in another. Later, she has a cross-generational dialogue about politicized songwriting with veteran rocker Patterson Hood of the Drive-By Truckers, whose song “What It Means” addresses the Trayvon Martin shooting.

The film at times punctures the college town’s progressive image, interviewing activists about bars in downtown that selectively enforced a “dress code” to keep out black customers. And where the first film primarily showcased white bands, Red Turns Into Blue draws on a greater diversity of musicians.

Red Turns Into Blue was released on VOD and DVD in November, proving to be another entry in a year marked by vibrant music documentaries, such as Summer of Soul and The Sparks Brothers. Todd Haynes’ excellent The Velvet Underground makes an interesting contrast to Cody’s film, as it places the legendary avant-garde rockers at the center of a sprawling, dense yet engaging analysis of multiple artistic and social trends in 1960s New York, including drug addiction, homosexuality and Pop Art.

Red Turns Into Blue seems more inclined to let the music speak for itself, rather than lean in for deeper analysis. It’s like a mixtape of young punk bands, Latinx folk singers, rappers and more, an interdependent community of artists with divergent interests but still inclined to reach across borders.

Titles inform the viewer that the film finished principle photography in January 2020, shortly before Athens and the rest of the world went into quarantine. A cover of R.E.M.’s “Losing My Religion” offers a melancholy epilogue while holding out hope that Athens will rise again.

The weekend Red Notice debuted on Netflix, I saw a commenter on the film review social network Letterboxd remark that the globetrotting action film looked like it was filmed in Atlanta.

This was not meant as praise.

It wasn’t the first-time that I’ve noticed “shot in Atlanta” used as a pejorative. This kind of remark isn’t necessarily meant to insult the local film industry, but takes aim at the aesthetically-flattening trends of current blockbuster filmmaking. (If anything, it could be considered a backhanded compliment as it conveys the sheer quantity of productions made here.)

It’s true that Red Notice is about as generic as mainstream movies get, drawing on international heist and manhunt tropes, with a little Indiana Jones-style adventure tossed in at the end. Dwayne Johnson plays an FBI profiler hunting Ryan Reynolds’ notorious art thief, and they inevitably team up to stop Gal Gadot from stealing a priceless treasure. Red Notice was filmed on Atlanta soundstages, along with some international location work.

While the film includes set pieces in Spanish bullfighting rings, Italian streets and South American rain forests, between the familiar plotting, obvious sets and heavy use of CGI, it looks weirdly fake and homogenous. It’s weirdly reminiscent of Johnson’s bickering-buddy scenes with Jason Statham in the Fast and the Furious franchise, practically remaking sequences with torture and prison breaks.

In this case, criticizing Red Notice, or any practically any movie, for looking like it was shot in Atlanta is a way of saying it could have been shot anywhere or nowhere. And it’s not that good movies can’t be shot here, they just need to have personality, authenticity and fresh choices. Red Notice is so synthetic and unengaging, it’s like a $200 million screensaver for a widescreen television.

Plus, she stands out in a film that unfolds as a stylish but fairly conventional Western revenge story. Most of the cast, however talented, leans into ultimately familiar archetypes of heroes and villains. Deadwyler stands out by introducing us to someone we’ve never met before. —CL—