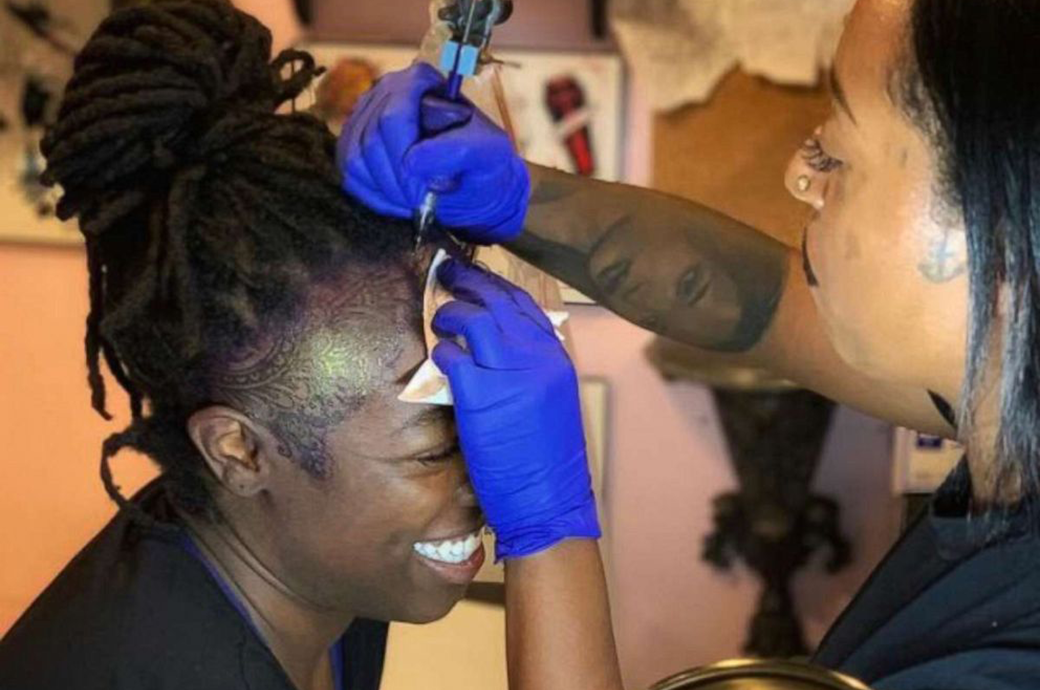 Photo credit: Courtesy Kandace Layne
Kandace Layne, Magic Mirror Tattoo Parlor, 2019
By CL News Staff Wednesday February 23, 2022 06:00 AM EST
The owner of the Magic Mirror tattoo parlor in Atlanta says her industry still has a long way to go to become more inclusive. "It is hard for anyone to get an apprenticeship, but it's even harder for Black women to find a place that will teach them and … treat them with respect," Kandace Layne said in an interview with ABC News in which she lamented discriminatory hiring practices. The 27-year-old opened her own place after struggling to land other opportunities, and now serves women/femmes, LGBTQA+, Indigenous and people of color. "I felt that creating my own space was the best way to get my needs met," Layne says, after she worked at various jobs where her worth was called into question. abcnews.go.com