ATL UNTRAPPED: As real as it gets 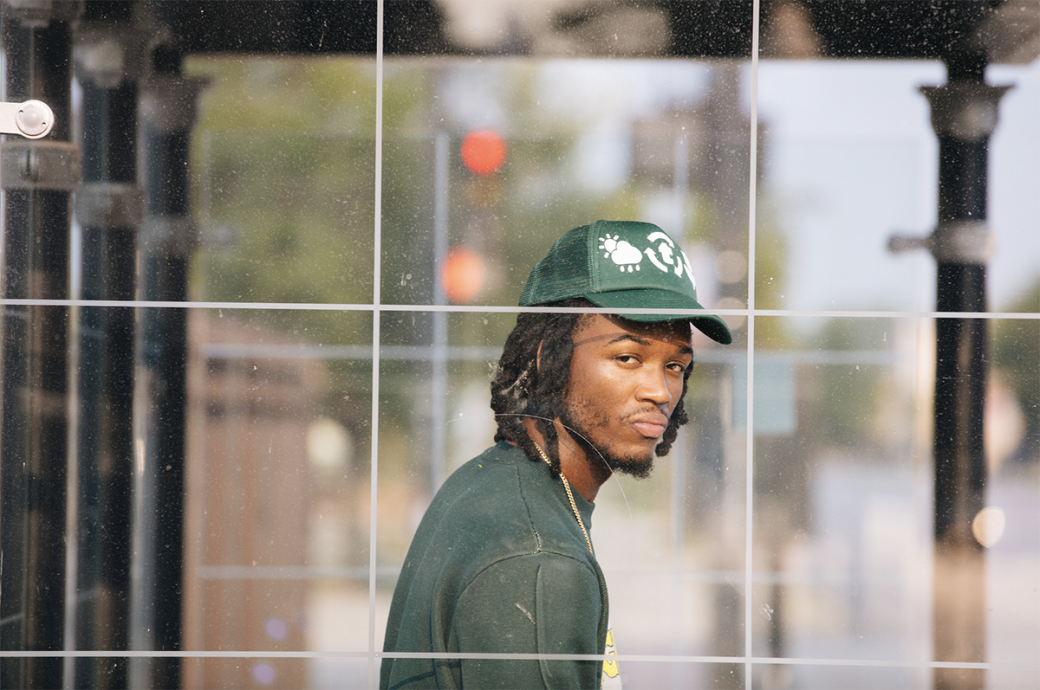 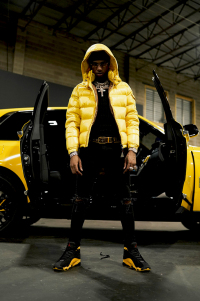 Key Glock, Buckhead Theater — Last November, the world lost Young Dolph, a father, a beloved rapper, and a vocal proponent for independence and ownership in the music industry. While the Hip-Hop community continues to mourn Dolph’s passing, his cousin and close collaborator Key Glock has continued to pay homage to his fallen friend, most recently with his Yellow Tape 2 (Deluxe) track “Proud.” This April, the Memphis, Tennessee native is embarking on his first nationwide headlining tour in promotion of his 2021 output, from Yellow Tape 2 to his Young Dolph collaborative project Dum and Dummer 2. The Yellow Tape Tour will kick off in Atlanta on April 4, so attendees will be the first to see Key Glock take the next big step in his career. $30-$37+. 8:00 p.m. Buckhead Theater, 3110 Roswell Rd NE, Atlanta, GA 30305. www.thebuckheadtheatre.com. @buckheadtheatre

EST Gee, Center Stage — Until a few years ago, the biggest Hip-Hop act to come out of Kentucky was the renowned 2000s rap group Nappy Roots, but a wave of hungry new artists — with Jack Harlow and EST Gee at the forefront — is looking to change that. For those who aren’t familiar with EST Gee, the Louisville, Kentucky, native made a big splash in 2021 after signing with Yo Gotti’s CMG Records and landing a guest spot on Lil Baby’s platinum single “Real As It Gets.” With major label backing and a huge co-sign under his belt, EST Gee kept his momentum going by dropping off his fifth mixtape, Bigger Than Life. This spring, the CMG artist is bringing that project to life with a loose string of gigs across the East Coast, so be sure to check him out when he kicks off his trek with a highly anticipated show at Center Stage. $45. 7:00 p.m. Center Stage, 1374 W Peachtree St NW, Atlanta, GA 30309. www.centerstage-atlanta.com. @centerstageatl 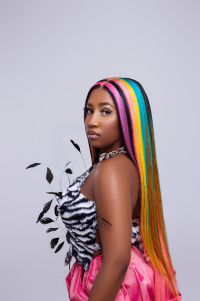 Charli XCX, Baby Tate, The Eastern — Charli XCX’s music may not fit within the confines of Hip-Hop, but Baby Tate, the opening act on the North American leg of her CRASH Tour, most certainly is. After an eventful year that saw her joining the cast of Love & Hip Hop Atlanta and inking a major label deal with Warner Records, Baby Tate has been unstoppable. From last fall’s “Pedi” to this spring’s “What’s Love / Sl*t Him Out,” the Decatur native’s latest string of releases have been incredible, and with her highly anticipated double mixtape on the horizon, CRASH Tour attendees may get an early sneak peek of her forthcoming material. $70-$290+. 8:00 p.m. The Eastern, 777 Memorial Dr SE Building C, Atlanta, GA 30316. www.easternatl.com. @easternatl 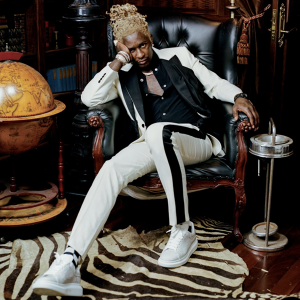 Young Thug, State Farm Arena — Over the past three years, the music industry has witnessed Young Thug blossom into a tried-and-true hitmaker and record label executive. As an eccentric artist who was easily one of the most enigmatic figures in Hip-Hop throughout the 2010s, Young Thug transitioned from dropping genre case studies in the form of commercial mixtapes to releasing official studio albums, starting with chart-topping So Much Fun in 2019. Last year, the Atlanta native finally returned with his sophomore record Punk, and while it was able to bring him back to the number one position on the Billboard 200, Punk’s most impressive quality is that it was Young Thug’s second chart-topping project of 2021. Six months prior to the release of Punk, Thug spearheaded his YSL Records’ Slime Language 2 compilation, which rose to the top of the charts by enlisting sensational newcomers like YTB Trench, Unfoonk, and Yung Kayo and pumping out hits like “Ski,” “Solid,” and “Paid The Fine.” In true Young Thug fashion, however, the YSL head honcho’s incredible 2021 run has surprisingly not been followed by a tour announcement. Instead, Young Thug will be hosting a special one-night-only show called Young Thug and Friends, and while the promised special guests have yet to be revealed, Thug’s long list of comrades is strong enough to ensure that the concert will be a night to remember. $70-$290+. 7:30 p.m. State Farm Arena, 1 State Farm Dr, Atlanta, GA 30303. www.statefarmarena.com. @statefarmarena

BbyMutha, Vinyl — Many rappers claim to be real in their music, but few of them are as authentic as BbyMutha. The Chattanooga, Tennessee-born femcee first made a name for herself after “Rules,” from her 2017 EP Glow Kit: Black Girl, went viral, and three years later, she finally released her debut studio album, Muthaland, in 2020. Praised for its raw outlook on sexuality, trauma, and everyday struggles, BbyMutha’s debut made a lasting impression on her fans and critics alike, and now, she’ll be performing it live on the Muthaland tour with support from her fellow Chattanooga artist Kindora. $15. 8:00 p.m. Vinyl, 1374 W Peachtree St NW, Atlanta, GA 30309. www.centerstage-atlanta.com. @centerstageatl

Lil Durk, Coca-Cola Roxy — A decade deep into his music career, Lil Durk is at the top of his game. In March, the Chicago-bred rapper earned his first Billboard 200 chart-topper with the release of his seventh studio album 7220, which came loaded with high-profile features from Future, Gunna, and Summer Walker, among others. Less than a full month later, the OTF founder is already set to hit the road and promote his latest record on a 17-date North American tour. Given Lil Durk’s close affiliation with Lil Baby, Future, Young Thug, and several other local artists, the Atlanta stop of his 7220 Tour will almost certainly bring out some of the city’s biggest rap stars. $69-$99+ 8:00 p.m. Coca-Cola Roxy, 800 Battery Ave SE #500, Atlanta, GA 30339. www.cocacolaroxy.com. @cocacolaroxy 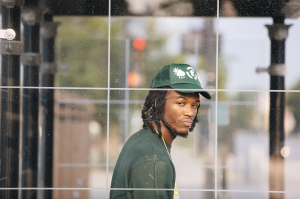 Saba, Center Stage — In an uncanny series of events, yet another popular Chicago emcee will be performing at a local venue on April 20. Saba, best known for his lauded 2018 album CARE FOR ME, returns to Atlanta for his first show here since 2019, when — fresh off a huge guest spot on Dreamville’s Revenge Of The Dreamers III — he opened up for J.I.D. on the Catch Me If You Can Tour. Three years later, Saba is the headlining act on his Back Home Tour, which is set to bring his new album, Few Good Things, to 26 different cities across North America. When Saba arrives in Atlanta, expect opening support from Dreamville rapper Lute and rising singer-songwriter Amindi. $25. 8:00 p.m. Center Stage, 1374 W Peachtree St NW, Atlanta, GA 30309. www.centerstage-atlanta.com. @centerstageatl

Muni Long, The Loft — TikTok virality has the power to propel a song to placements on curated DSP playlists and, eventually, the top of the Billboard charts, but it doesn’t always result in a strong career for aspiring artists. For Muni Long, however, her viral hit “Hrs And Hrs” was the perfect push to bring her decade’s worth of contributions as a singer-songwriter into the spotlight. After releasing her critically acclaimed, yet commercially underwhelming debut studio album Jukebox as Priscilla Renea in 2009, Muni Long transitioned out of the spotlight for approximately ten years and focused on songwriting. Since then, she has helped pen a multitude of records, including Rihanna’s “California King Bed,” Fifth Harmony’s “Write On Me,” Demi Lovato’s “In Case,” K. Michelle’s “V.S.O.P.,” and Ariana Grande’s “just like magic,” among others. Thanks to the recent success of “Hrs And Hrs,” Muni Long has also gained more notoriety as a solo artist, and as a result, she’ll be bringing her latest album, Public Displays Of Affection to The Loft later this month. $18+. 9:00 p.m. Center Stage, 1374 W Peachtree St NW, Atlanta, GA 30309. www.centerstage-atlanta.com. @centerstageatl

Latto, Tabernacle — At just 23 years old, Latto has already cemented herself as a member of Atlanta’s Hip-Hop royalty. Following her breakout hit “B*tch From Da Souf,” Latto became the first female rapper from Atlanta to go gold and platinum, and soon after, she dropped her debut album Queen of Da Souf via RCA in 2020. Two years — and a stage name change — later, the de facto queen of Clayton County is fresh off of a successful sophomore campaign that started in 2021 with her Mariah Carey-sampling single “Big Energy” and culminated in the release of her second studio album, titled 777, in March. This month, Latto will finally return to Atlanta for the victory lap of her ongoing Latto 777 Tour, and the homecoming show is set to be an unforgettable one for the “Soufside” rapper. $33-$55+. 8:00 p.m. Tabernacle, 152 Luckie St NW, Atlanta, GA 30303. www.tabernacleatl.com/. @tabernacleatl —CL—