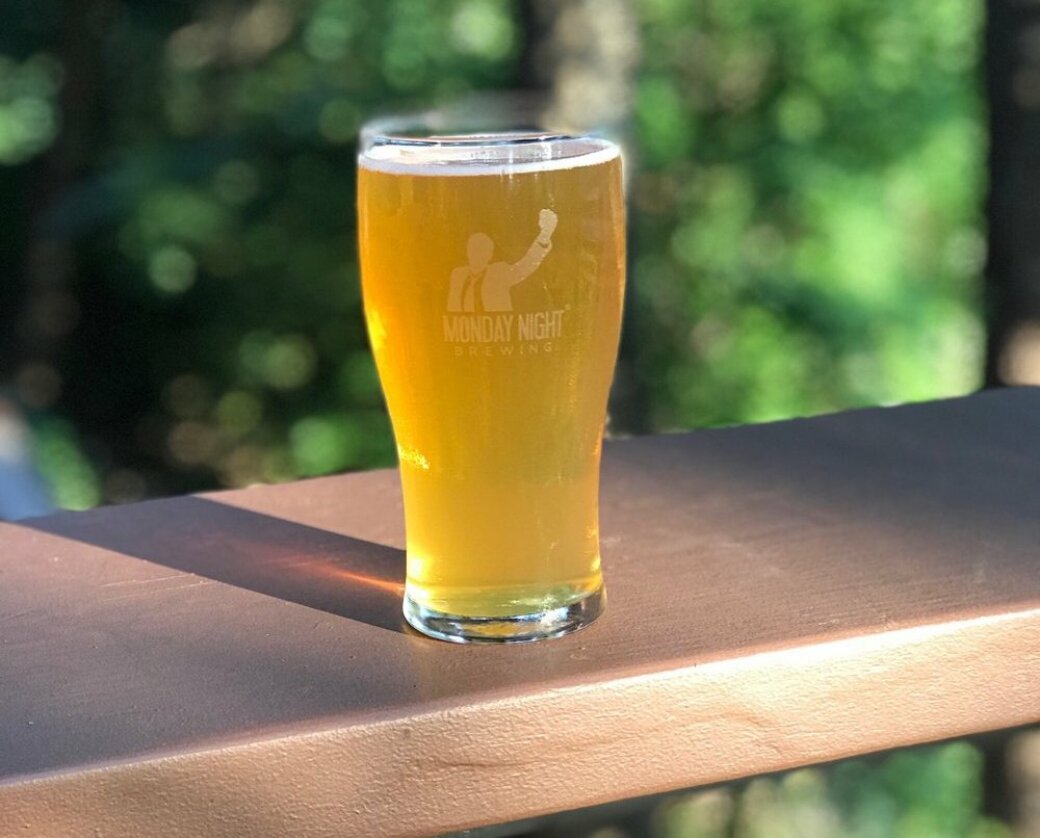 Celebrate Earth Day with the drink that comes from the earth — BEER. Join the Atlanta Chapter of the American Alpine Club at Pontoon Brewing in Roswell on Friday, Apr. 22 from 5-9 p.m.  They’ll have a raffle and a special Earth Day present for you.

If you missed your prom night like I did, head to the West End for Monday Night Brewing Garage’s Welcome to the Jungle Prom night tonight Friday, Apr. 22, starting at 7 p.m. They’ll have an ‘80s hair-band-fever-dream meets lush-jungle-locale — start shopping for your jungle getup now!  They’ll have a live DJ, photo booth, a specialty beer menu and food along with your chance to voted King or Queen (for prizes, of course).  Tickets available here.  Check out our Monday Night Brewing podcast!

Starting this Saturday, Apr. 23, Second Self Beer Co on the Westside will now be serving burritos from Poco Loco in the taproom, as well as offering ice cream!  They promise to start having ice cream/beer pairings on the regular. Check out our Second Self Beer podcast!

Join Pontoon Brewing in Roswell for their first ever Drag Brunch on Sunday, Apr. 24 from 1-4 p.m.  Your ticket gets you entry to the show, a brunch buffet, 2 10oz pours, and access to their new Glitter Mimosa Sour.  Tickets available here.

Join the Upper Westside Ale Trail on Saturday, Apr. 30 from noon to 6 p.m.!  The Atlanta Beer Bus will take you to NINE Westside breweries () where your ticket gets you a sample size beer at Atlanta Brewing, Bold Monk, Dr. Scofflaw’s, Fire Maker, Monday Night, Round Trip, Second Self, Steady Hand, and Urban Tree each location, transportation, a commemorative pin, and the Ale Trail Passport Book you can get stamped at each brewery.  Find out more here.

Celebrate Cinco de Mayo May 5 with Mutation Brewing in Roswell featuring beer specials and their delicious BBQ.  There will also be a live DJ from 6-10 p.m.

Saturday, May 7, join StillFire Brewing for their Hopnoxious Block Party from 3 p.m. to midnight!  It is their once a year release of Hopnoxious IPA, a double dry-hopped 2-headed freak of an IPA with 10.24% ABV.   They’ll have live music all day, food trucks, and various local vendors — they’ll even have a laser light show once the sun goes down! Check out our StillFire Brewing podcast!

Steady Hand Beer (1611 Ellsworth Industrial, Atlanta) has a trivia night every Tuesday at 7 p.m., and you can play for gift cards and beer.

Peachtree City’s Line Creek Brewing (150 Huddleston Rd) celebrates Taco Tuesday every Tuesday from 4-9 p.m. through the end of May with the help of Georgia Tacos.

Join Trivia Night at Social Fox Brewing (20 Skin Alley, Norcross) every Wednesday from 7-9 p.m.  Beer and prizes to the top team each week.

Join Second Self Beer (1317 Logan Circle, Atlanta) for Game Night Thursdays from 5-9 p.m. featuring a different video game each Thursday in addition to board and arcade games!  They’ll also have $10 pitchers available.

Ironshield Brewing (457 N Chestnut St, Lawrenceville) features board game night with the Gwinnett Board Game Society the first and third Thursday of every month—everyone is welcome!

Social Fox Brewing (20 Skin Alley, Norcross) features their own game show called “Fox Feud” based on the popular survey game show.  Teams can have as many members as you want and play absolutely free!

Social Fox Brewing (20 Skin Alley, Norcross) is now a proud sponsor of the Atlanta Gladiators and you can purchase some of their brews at Gas South Arena! You can also watch all the Gladiators away games in the taproom now through Apr. 16!