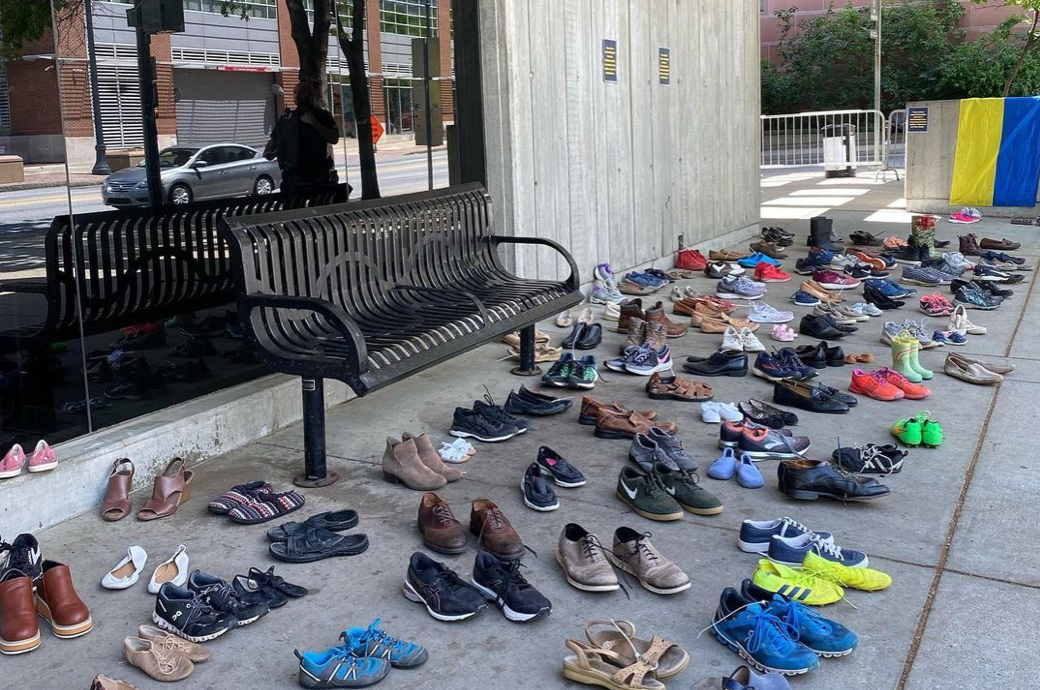 The victims of a missile attack at a Ukrainian train station were honored Sunday in Atlanta by students from Midtown High School. The bombing by Russian forces on April 8 in Kramatorsk killed 52 people, many of whom were women and children, and injured nearly a hundred more.

The memorial took place at the Midtown MARTA station where dozens of pairs of shoes were displayed to symbolize each victim; the footwear will be distributed to charities in Atlanta. “As students, we don’t really know how to help in situations like this directly,” said freshman Sierra Pape. “The hope for this is that it gives an avenue for people our age to get involved in this issue.” ajc.com