Rosie the Robot does sports 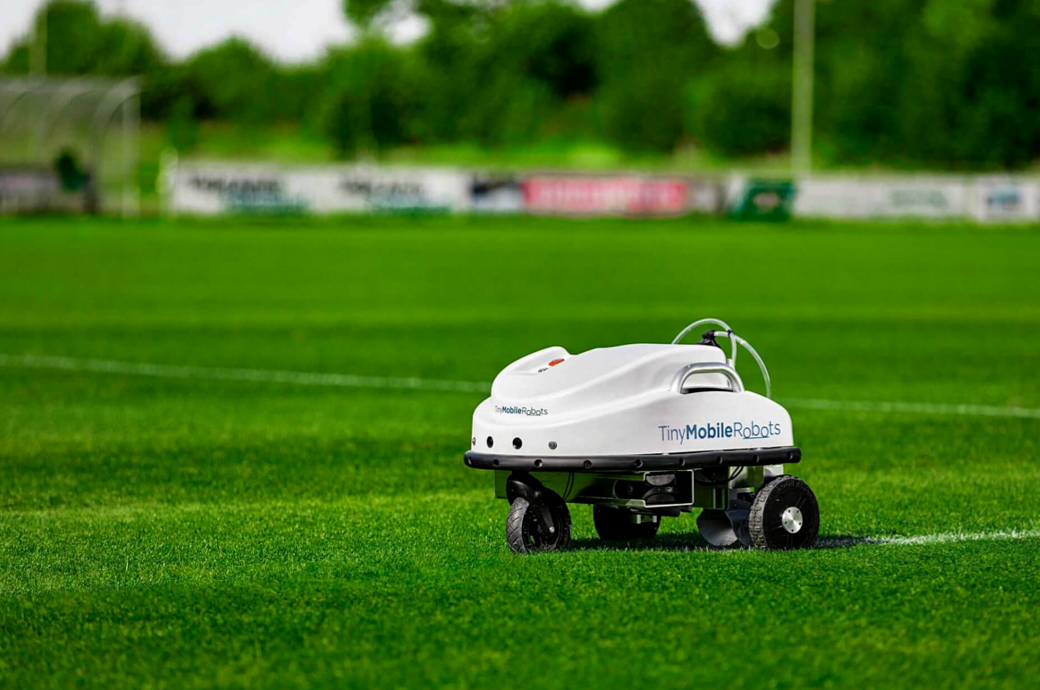 A company based in Denmark last year chose Georgia to launch its line-marking robots for athletic fields in the U.S., and it’s already seeing solid growth. Tiny Mobile Robots says their battery-powered autonomous machines can save turf managers time and money while sparing the environment from diesel fumes normally associated with similar contraptions.

The robots can be managed on a smartphone or tablet app with more than 50 pre-programmed field configurations available for soccer, baseball, football, lacrosse and other sports, the company explains. The device can mark a soccer pitch in 20 minutes instead of the usual two hours, for example, while a football field takes two hours as opposed to 20 when painted by a human crew.

The robot maker now has its own distribution facility in Kennesaw and is ramping up production due to increasing demand nationwide. “The robot doesn’t make mistakes: it doesn’t get tired,” says VP Terrence David. “It’s not trying to hurry up because it has something else to do.” Coincidentally, a competitor called Turf Tank, also run by Danes, has set up shop in Cobb County as well. globalatlanta.com